An ‘icy moment’ between Kate Middleton, the newly minted Princess of Wales, and Meghan Markle is being dissected online after the pair were reunited on Sunday.

Kate was caught on camera offering a very intense glare directed at her sister-in-law before breaking into a broad grin for the crowd.

The Princess appeared to notice cameras on her moments before the unfriendly glance gave way to her public smile, but not before keen royalists noticed.

An ‘icy moment’ between Kate Middleton, the newly minted Princess of Wales, and Meghan Markle is being dissected online after the pair were reunited on Sunday 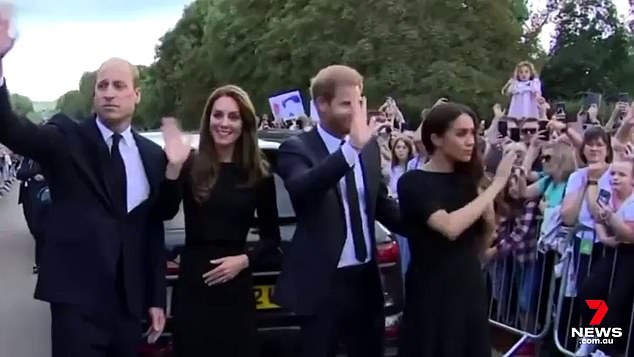 This lead to the icy glare becoming the centre of speculation on the internet – leading thousands to attempt to decode its meaning.

And it’s not just amateurs and royal watchers taking part, body language expert Katia Loisal has offered her own voice to the chorus.

Speaking to Seven News the respected expert said the split-second ‘look’ did its job in tearing at Meghan’s confidence.

She noted Prince William appeared to be making an effort with his sister in-law, but that feeling didn’t translate through his wife’s actions.

‘Quite unlike the confident Meghan we know, Meghan appeared ill at ease during this encounter, which is not surprising given the recent criticism that she has faced,’ Katia said.

She added that Kate appeared to be trying to ‘freeze Meghan out’ during the ‘Fab Four’s’ brief time together. 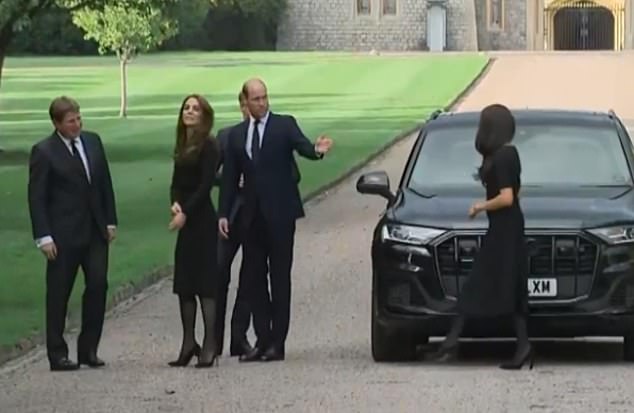 ‘On numerous occasions Meghan looked over at Kate, however, the gaze wasn’t reciprocated,’ Katia said.

The expert noted Kate chose to ‘look through’ Meghan instead.

This appeared to make Meghan feel uncertain and uncomfortable which can be seen in the way she stooped her head, side stepped and faced away from Kate.

‘Meghan’s hand lifted hesitantly as if to wave, but stopped mid air, rather pausing to adjust her hair, her head and gaze lowered, before looking up and giving a quick wave, her arm coming back to rest in front of her body in a partial arm barrier,’ Katia added.

Meghan’s body language didn’t go unnoticed by Harry, according Katia, who touched her arm gently and came to her side to protect her.