Why Harry carried his son and what Meghan’s ‘protective’ hair-touching hints about her parenting style: Body language expert decodes the meanings in the Sussexes’ first family outing

Proud father Prince Harry cradled his two-day-old baby as he introduced him to the world this afternoon.

Meghan, 37, placed her hand on her husband’s right arm and continued to play with her hair before giving her husband a rub on the back during the photo call which took place in St George’s Hall.

Body language expert Judi James explained that while the Duke of Sussex was the one holding their baby boy, Meghan gave him ‘reassuring touches’ throughout.

Speaking exclusively to Femail, she said: ‘This was pretty much a first in senior royal baby body language with Meghan standing by her “two guys” using protective and reassuring touches and signs while Harry cradled the baby throughout.’ 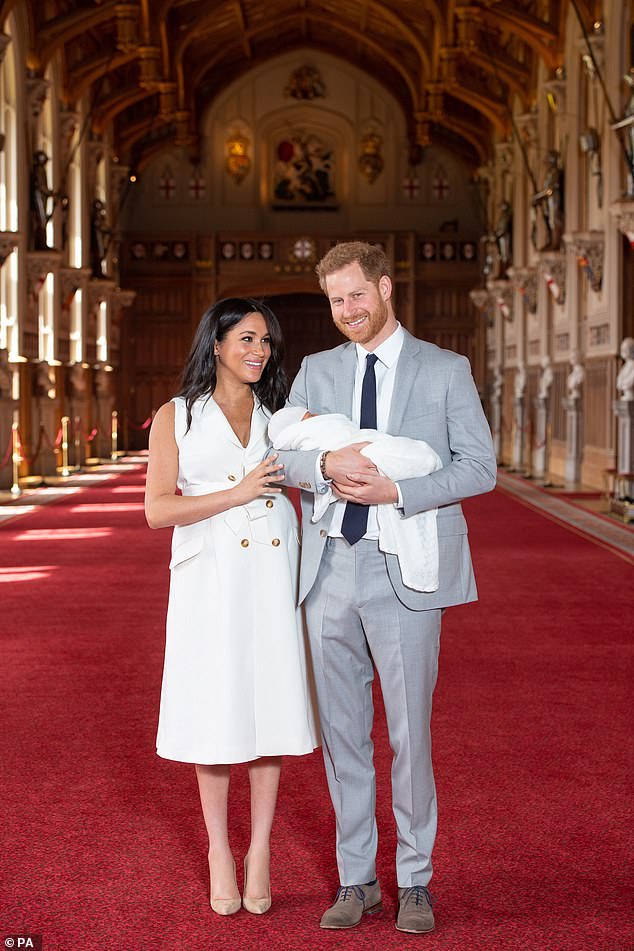 Body language expert Judi James explained that while the Duke of Sussex was the one holding their two-day-old son, Meghan gave him ‘reassuring touches’ throughout. Pictured, the Duke and Duchess of Sussex with their baby son, who was born on Monday morning, during a photocall in St George’s Hall at Windsor Castle in Berkshire 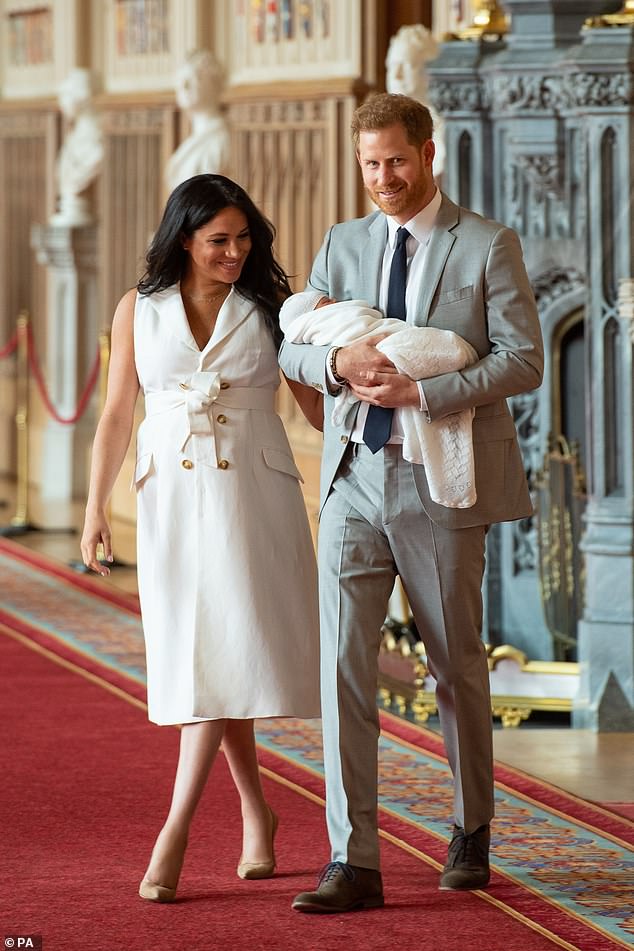 Proud father Prince Harry cradled his baby boy as he introduced him to the world this afternoon. Judi added that he ‘took his duties seriously’ 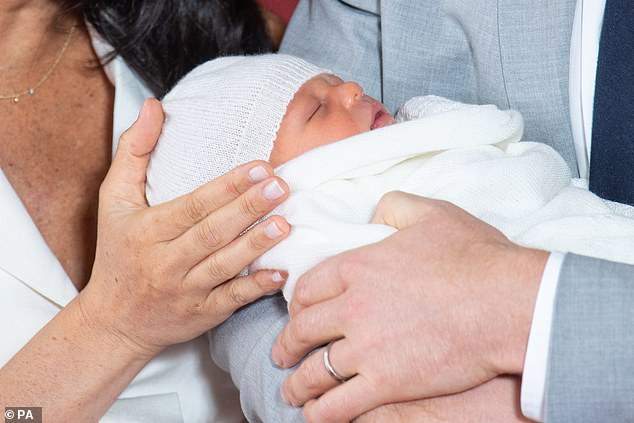 The decision for Prince Harry to hold the baby is a stark comparison to Prince William and Kate – as she has always been the one to cradle each of their newborns when welcoming them into the world.

‘Harry took his duties seriously and the softening of his facial features as he looked at his new baby formed a very besotted looking “look of love,” she explained.

Throughout the photo call, Meghan could also be seen playing with her hair as well as gently stroking the baby’s head.

‘Meghan’s hair and face-touch rituals suggested some slight anxiety but overall it was her taking the protective leadership role,’ she explained. 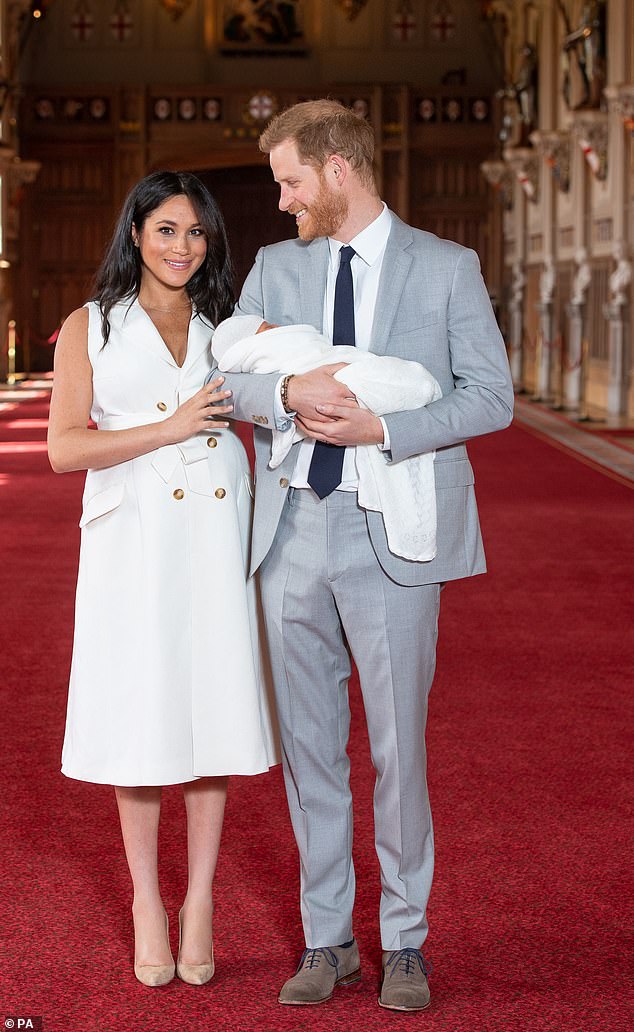 While the couple cooed over their newborn baby, they also gave each other a ‘very besotted looking “look of love,” according to the expert. Pictured, Meghan standing by her “two guys”

‘She even rewarded Harry with a loving pat and back rub as they walked away from the cameras.’

The expert also pointed out that while the parents looked lovingly over their newborn, the love was still evident between them, too.

‘Prince Harry and and Meghan still used some intense eye contact with one another,’ she said. ‘They’re keeping their own loving communications alive while they cooed over the baby.’ 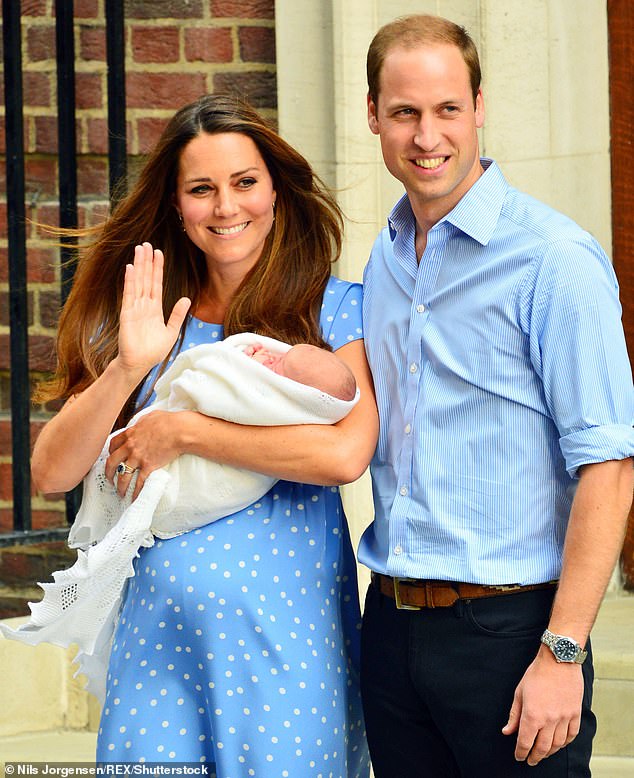 Judi explained that this was ‘a first in senior royal baby body language’ as it’s previously been the mother who has cradled the newborn. Pictured, the Duchess of Cambridge and Prince William at St Mary’s Hospital with newborn son Prince George on 23 July 2013 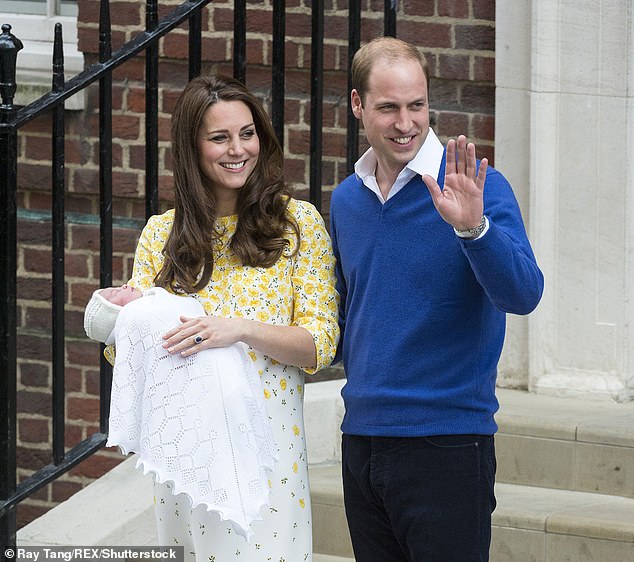 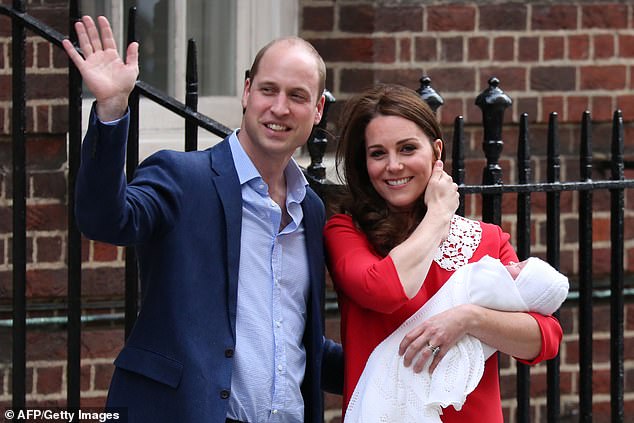