The Baltimore County Police Department released bodycam footage of the controversial arrest of a 76-year-old grandmother earlier this month after video was circulated showing her being body slammed by a cop.

Baltimore County Police Corporal Brennan can be seen grabbing Rena Mellerson in the clip and dragging her outside of the Windsor Mill home on January 10.

It is then that Officer Schmidt is seen taking her by the upper torso and slamming her to the ground.

Prior to Mellerson getting body slammed, officers had to deploy their Tasers to try to get access to the woman’s home. They were trying to arrest her granddaughter, Cierra Floyd, for disorderly conduct.

‘The reason I put you on the ground mam, was because I saw taser probes in you, he tried to tase you, and I was seeing that you were the immediate threat at the time,’ the officer explained to Mellerson. ‘Okay. I just wanted to get you out of the way… no hard feelings… nothing personal.’

Police also released audio of the initial call made to authorities that caused them to rush to the scene. 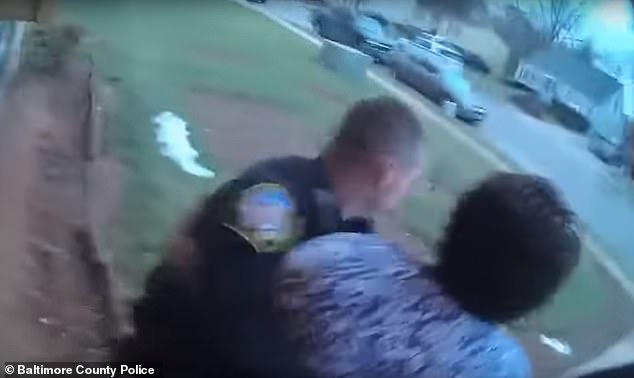 Baltimore County Police Corporal Brennan can be seen grabbing Rena Mellerson in the clip and dragging her outside of the Windsor Mill home on January 10. 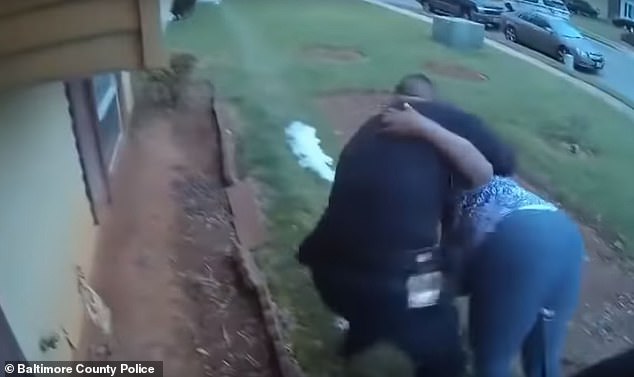 It is then that Officer Schmidt is seen taking her by the upper torso and slamming her to the ground.

A woman had called and reported that a boy was being violent toward people in the area. The woman can be heard telling the authorities that she has a knife.

‘He’s trying to hurt people. I will cut this little boy; somebody better come f***ing get him,’ she declares.

When police arrived, they found Floyd and another woman yelling. Floyd retreated to Mellerson’s home as police moved to detain her, WJZ reports.

For County Executive Johnny Olszewski, the videos are hard to watch. 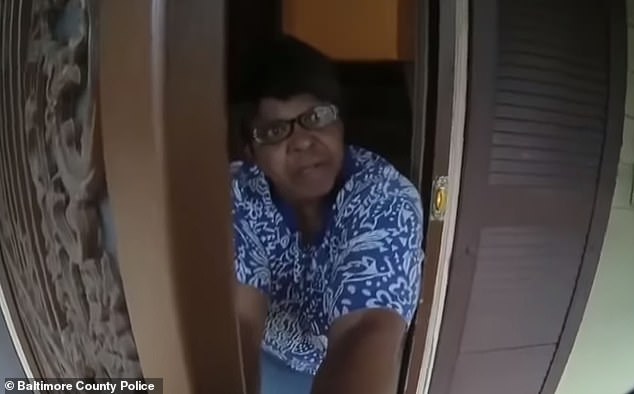 ‘I will tell you that for me personally and for my family, it’s not what I would expect in terms of interactions with the police department,’ he said to Western Mass News. ‘It’s not what I expect for residents of Baltimore County.’

Mellerson was charged with interfering with an arrest.

An investigation was launched into Mellerson’s arrest after video went viral showing an officer hurl her to the ground.

‘I didn’t do nothing,’ the woman is heard saying as one of the officers attempts to handcuff her. 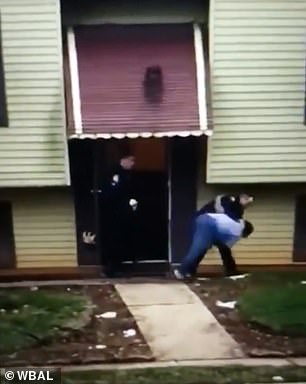 Baltimore County family asks why 76 year old woman was thrown to the ground by county police during arrest. Unarmed. Police say she interfered with arrest of her granddaughter on charge of disorderly conduct. On video: pic.twitter.com/icR0iCzbDL

According to WBAL, Mellerson was not seriously injured in the incident. She was arrested and taken into custody.

Floyd was also arrested on Friday and charged with similar violations as her grandmother as well as disorderly conduct.

Mellerson’s daughter, Barbara, told WBAL: ‘My mother is a 76-year-old woman, lives alone, minds her business, never broke the law. She doesn’t even have a moving violation.’

‘For her to go through something like this is ridiculous, and every time she thinks about it, she starts shaking. I had to take my mother to the hospital.’

‘A video that revealed a portion of an interaction between Baltimore County Police Department officers and two individuals Friday afternoon has garnered public attention and concern. The video is unsettling to watch and raises concerns.’ 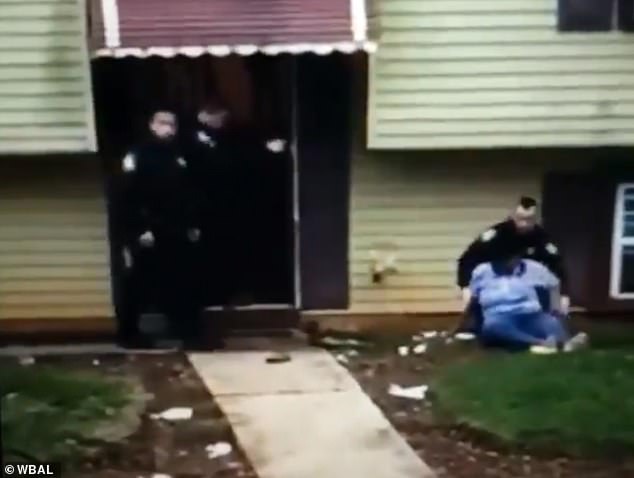 ‘I didn’t do nothing,’ the woman is heard saying as one of the officers attempts to handcuff her 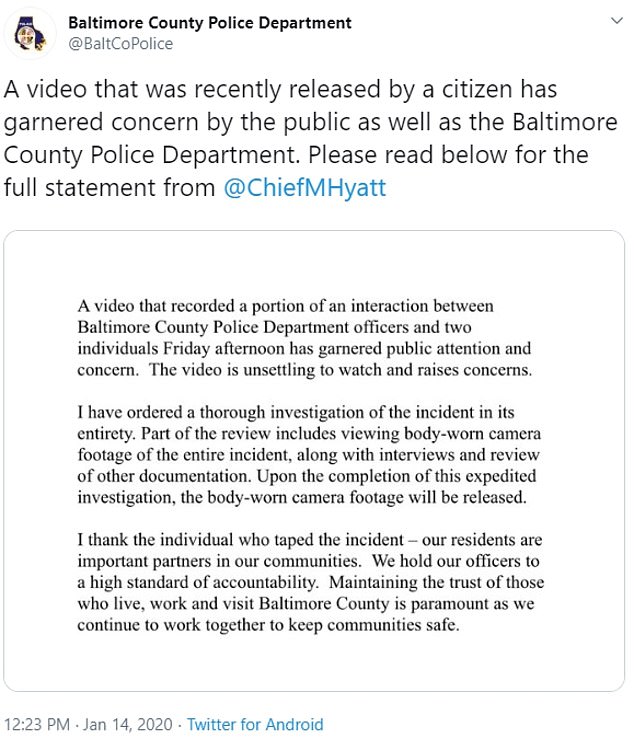 Following the incident, Baltimore County police chief Melissa Hyatt released a statement on social media. Hyatt said that she has ‘ordered a thorough investigation of the incident in its entirety’

Hyatt said that she has ‘ordered a thorough investigation of the incident in its entirety’.

‘Part of the review includes viewing body-worn camera footage of the entire incident, along with interviews and review of other documentation.

‘Upon the completion of this expedited investigation, the body-worn camera footage will be released.’

Hyatt went on to thank the individual who taped the incident, saying ‘our residents are important partners in our communities’.

‘We hold our officers t a high standard of accountability. Maintaining the trust of those who live, work and visit Baltimore County is paramount as we continue to work together to keep communities safe,’ she added.