A bomb-making YouTube tutorial used by Manchester Arena attacker Salman Abedi is available on Google networks again, despite being deleted in the wake of the atrocity – it has been claimed.

The sickening video shows a Jihadi fighter in a kitchen dressed in combat uniform and a balaclava explaining ‘how to make simple explosive substances with common ingredients’.

It was deleted after Abedi killed 22 people in the suicide attack on an Ariana Grande concert in May – but allegedly has now resurfaced.

The fighter, believed to be Abu Muhammad al-Muhajir, is surrounded by a selection of ingredients, which he uses to make his own ‘DIY’ bomb.

A bomb-making YouTube tutorial used by Manchester Arena attacker Salman Abedi is available on Google again, despite being deleted in wake of the tragedy – it has been claimed

The full 30-minute clip, entitled ‘Explanation of How to Slaughter Disbelievers’, also includes graphic footage of a man’s throat being cut by a militant and a Kurdish soldier being blown up.

It has been shared thousands of times on Google Drive and Google Photos after being re-uploaded to the network on November 22. Last night it was still available to view, according to The Sun.

Speaking in Arabic with English subtitles he says: ‘Praise is to Allah who aided the obedient mujahid.

‘He is knowing, hearing, the one who knows the truth.

‘May blessings and peace be upon our prophet, Muhammad.

‘My muwahhid brother, today, by Allah’s permission we will learn how to make simple explosive substances with common ingredients.

‘And which you can make in your own home using simple tools.’

According to a Times investigation in the immediate aftermath of the attack, it was reported perpetrator Abedi learnt how to make the deadly weapon he used on YouTube.

It was flagged to internet giant Google and swiftly deleted. 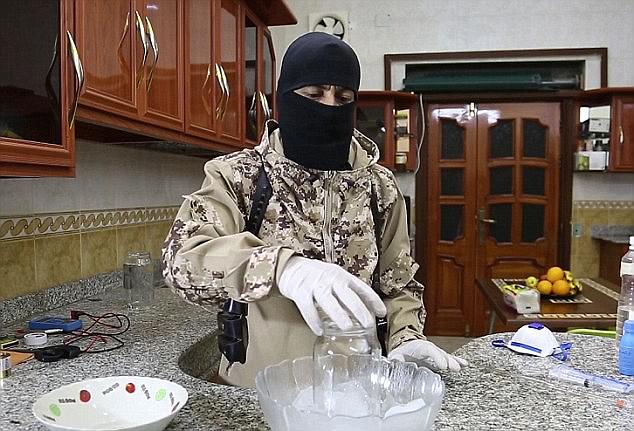 A Google spokesman told the paper: ‘We remove content violating these policies when flagged by our users.’

The shocking claims come just days after the father of the youngest victim of Abedi’s attack – eight-year-old Saffie Roussos – broke his silence over her death.

Andrew Roussos, 43, spoke at an event in Leyland, Lancashire, where a special pink star was placed on the town Christmas tree in memory of the youngster.

He told crowds: ‘Thank you so much from the bottom of our hearts.’

The attack killed 23 people, including Abedi, and injured over 500, many of them young music fans. 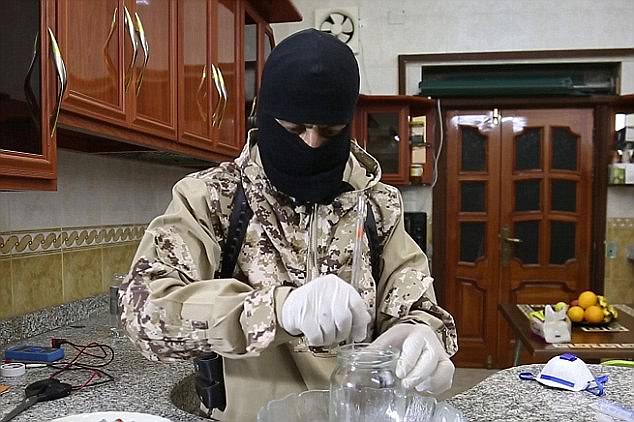