Heartbroken owners have hit out at the vet clinic made famous by a television show for confusing ‘Tara’ with ‘Lara’ and giving their cat to the wrong family – before she ran away.

Tara’s owners Katie Matthews and her partner Bernardo are on holiday in the UK where they’re devastated by their treasured pet’s disappearance.

Bondi Junction Veterinary Hospital, in Sydney’s east – which is where Bondi Vet was filmed – gave tortoiseshell Tara to a family with a similar-looking cat called Lara at the clinic on Sunday night.

But she was handed to the grandmother of the family which owned Lara, who didn’t realise it was the wrong cat and let her out into the back garden when she got home.

Tara immediately bolted – and hasn’t been seen since.

Now her furious owner say they feel betrayed by the vet hospital where they first got Tara from as a rescue kitten four-and-a-half-years ago.

They’re demanding answers and point the blame solely at the animal hospital where the long-running Bondi Vet series was filmed before it recently moved to a new base. 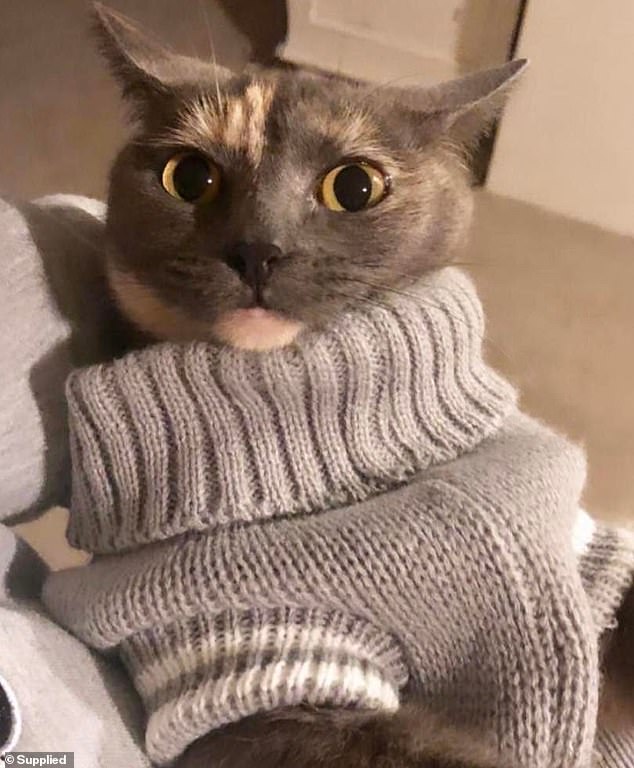 ‘We were just so confused… it didn’t even feel real to be honest,’ Ms Matthews told Daily Mail Australia on Wednesday.

‘Tara always boards with BJVH when we go away and we trusted them because they personally know Tara. She gets all of her check ups and injections there.

‘She just had her flu jab and one of the vets told us not to worry about Tara boarding as she will get so many cuddles because she is well known and loved by staff there.’

‘At the end of the day… they were the only people that were responsible for Tara and they failed her and us. 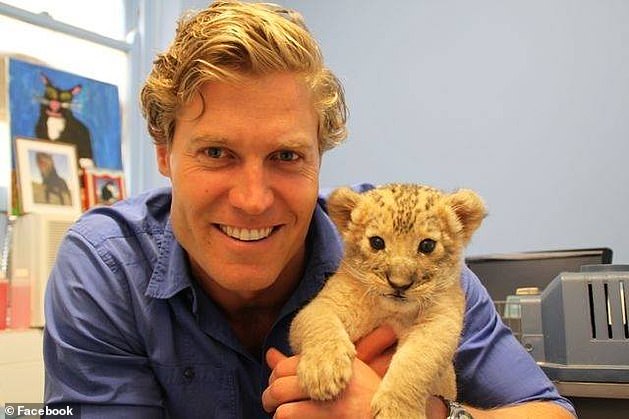 ‘Just imagine if they thought Tara was meant to be a Lara due to be euthanised or have a major surgery… it’s just not okay.’

Ms Matthews wants the other cat owner’s relative who let Tara outside to know that they don’t blame them for the mishap.

‘It’s ridiculous… how on earth can it be that poor elderly lady’s fault, even if she knew it wasn’t her cat,’ she added.

‘Tara would have been upset and she may have opened the box to comfort and settle her… unfortunately Tara spooked and ran out of an open door.’ 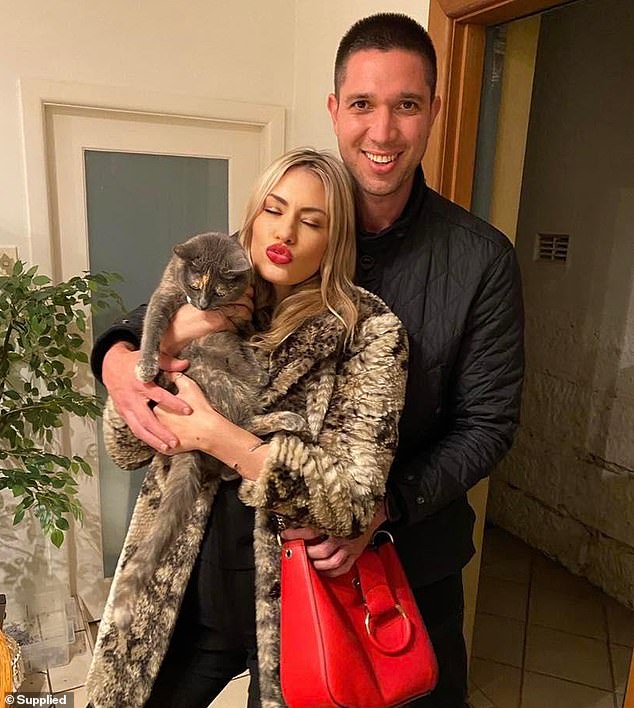 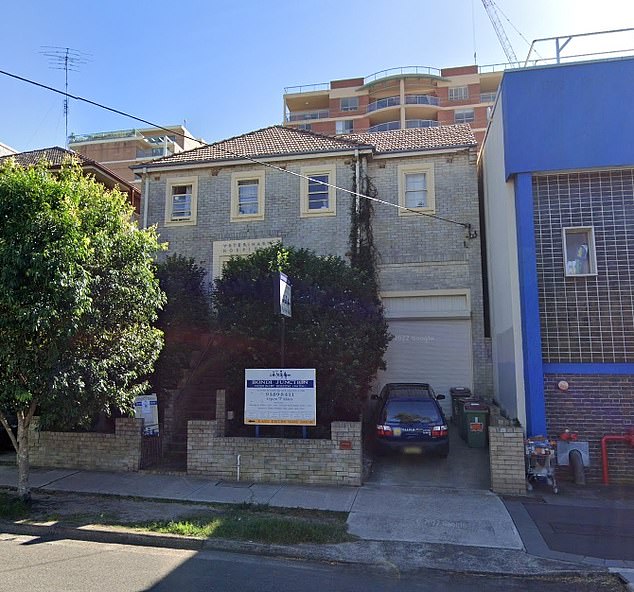 The shattered couple described Tara as the light of their lives and shared dozens of photos to help spread the word about their missing pet.

They pray for a happy reunion with Tara when they return home but haven’t ruled out their worst fears could be realised.

‘Honestly … I just don’t know… we are hopeful but are beside ourselves with sadness,’ Ms Matthews said.

‘When we rescued her, we committed to her care and safety and we will continue to commit to Tara no matter how long it takes.’

‘She is such a gentle caring soul… we feel beside ourselves. She isn’t a street cat… she is a garden girl and she has no idea how to fend for herself.’

Ms Matthews has urged the vet hospital to ramp up its efforts to find Tara, claiming they’ve heard reports from locals that there are very few cat traps around the area.

She’s also been told most of the reward posters put up by the facility have been ruined by the rain.

‘I want them to put their money where their mouth is and take the necessary actions to find Tara,’ Ms Matthews said. ‘Accept what they have done wrong and fix it.

‘I’m sure their heart is in the right place but they’re really not doing enough. We are understanding and forgiving people but please at least meet us halfway.’

The couple, who also own a two year old greyhound – said they are unlikely to trust the vet hospital to care for any of their pets again. 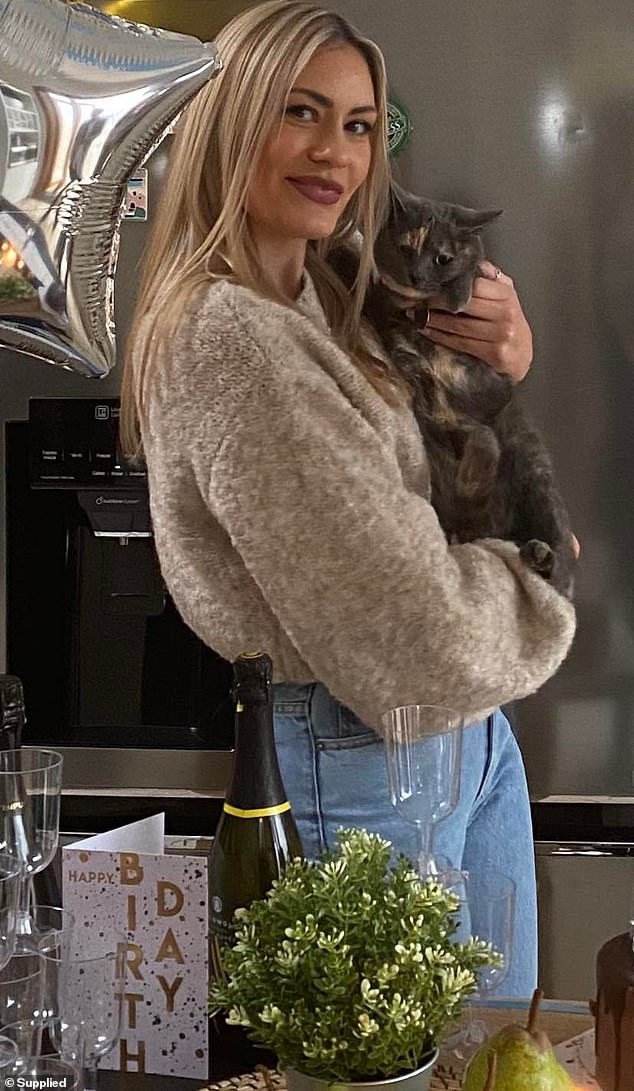 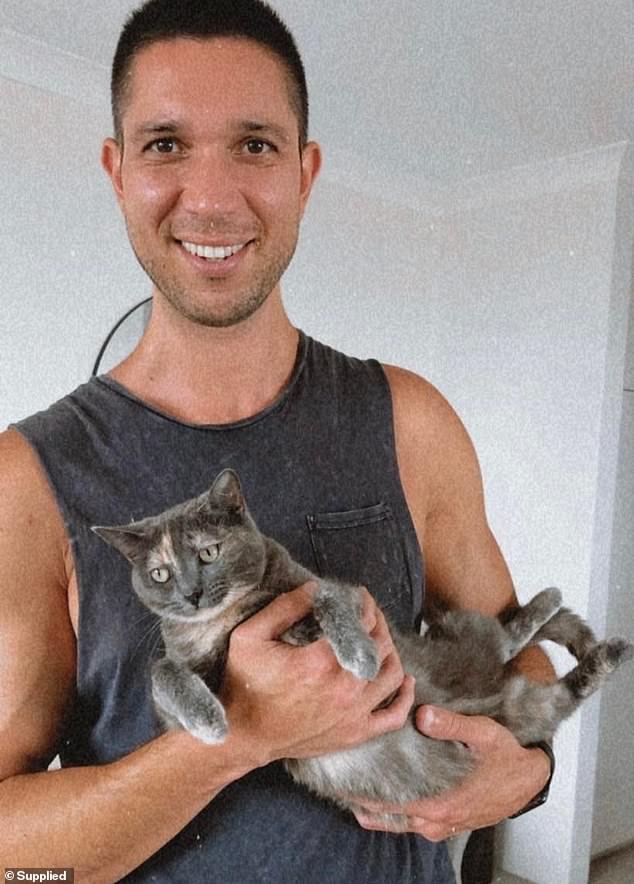 Ms Matthews paid tribute to the community back home, which has rallied around and helped search in her absence since she posted a desperate appeal on several Facebook pages.

‘The local community have seriously poured out their love at this time and put in a lot of their time and effort to help us locate Tara,’ she said.

‘The outpouring of love and support has been so helpful to both of us during this extremely distressing time.

‘We would like to stress how important this has been so far and how important it is to keep getting out there and taking the time to share and comment on posts to get Tara back home and safe.’ 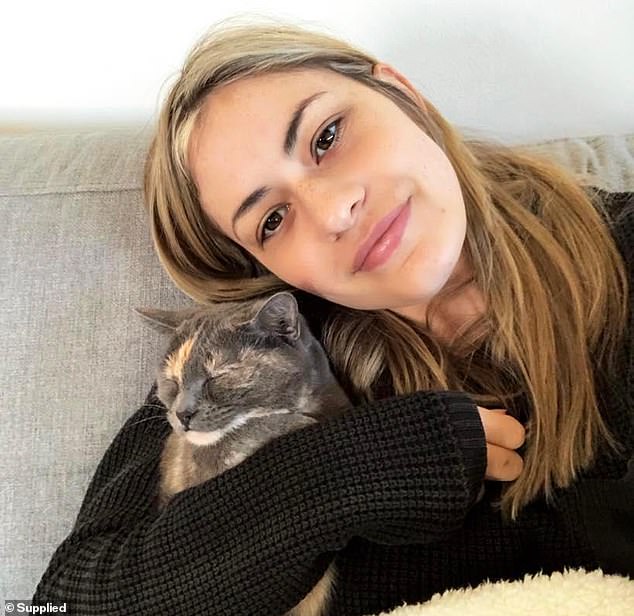 ‘At the end of the day… they were the only people that were responsible for Tara and they failed her and us,’ Katie Matthews (pictured with cat Tara) told Daily Mail Wednesday from the UK 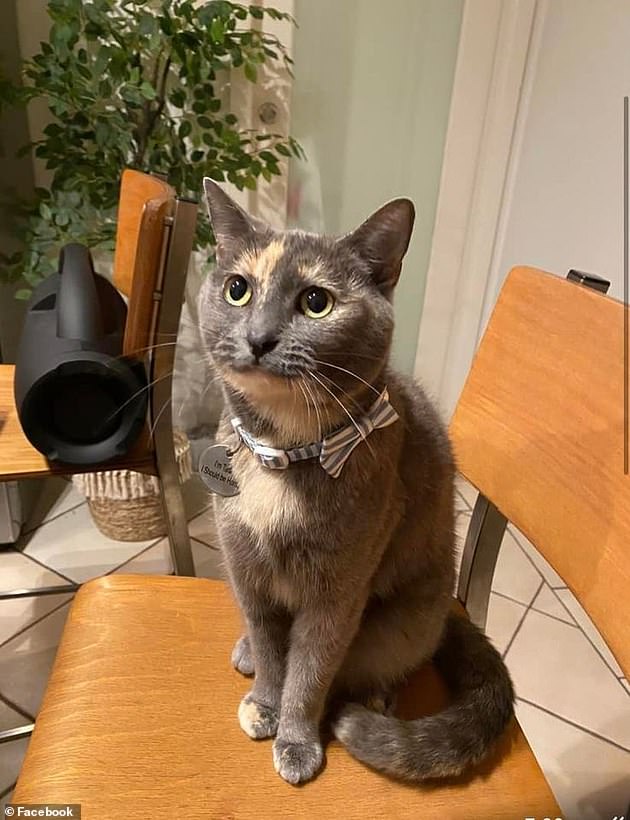 A community appeal was launched to find tortoiseshell cat Tara (pictured), who went missing after an embarrassing bungle by Bondi Junction Veterinary Hospital

The hunt for Tara was launched on Monday night after Ms Matthews shared the concerning message she received from the clinic several hours earlier, alerting them to how the mishap happened.

‘I’m sorry to have to message you this way … (Tara and Lara) were both tortoiseshell and the person who picked  her up was the grandmother and didn’t know what her cat looked like,’ the vet wrote.

‘She took Tara home and the neighbour came in and said it wasn’t their cat and then of all stupid things they let her out.’

The apologetic vet stressed they were doing everything they could to find Tara and that staff will now undergo training to avoid similar bungles in the future.

‘I can’t believe it has happened and staff will be appropriately trained,’ she wrote.

‘I cannot apologise enough and we are all very distressed as I imagine you will be. We are doing everything we can.’

Bondi Vet was a long-running television series which followed the lives of Dr Chris  Brown and other vets at Bondi Junction Veterinary Hospital when the program first became a popular primetime hit back in 2008.

Dr Brown went on to become a household name as a television personality and is  still a member of the team at the vet hospital, according to its website.

The program is now filmed at another local veterinary hospital. 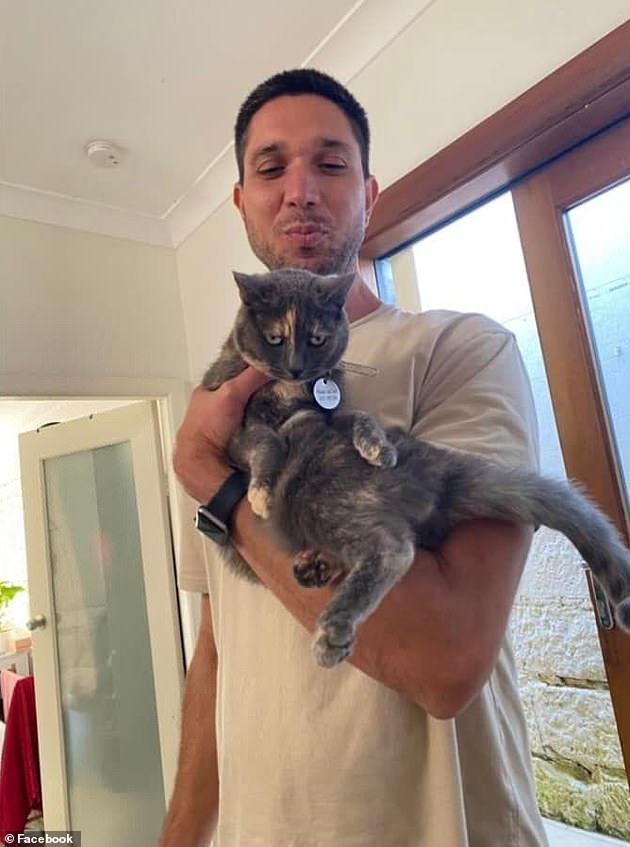 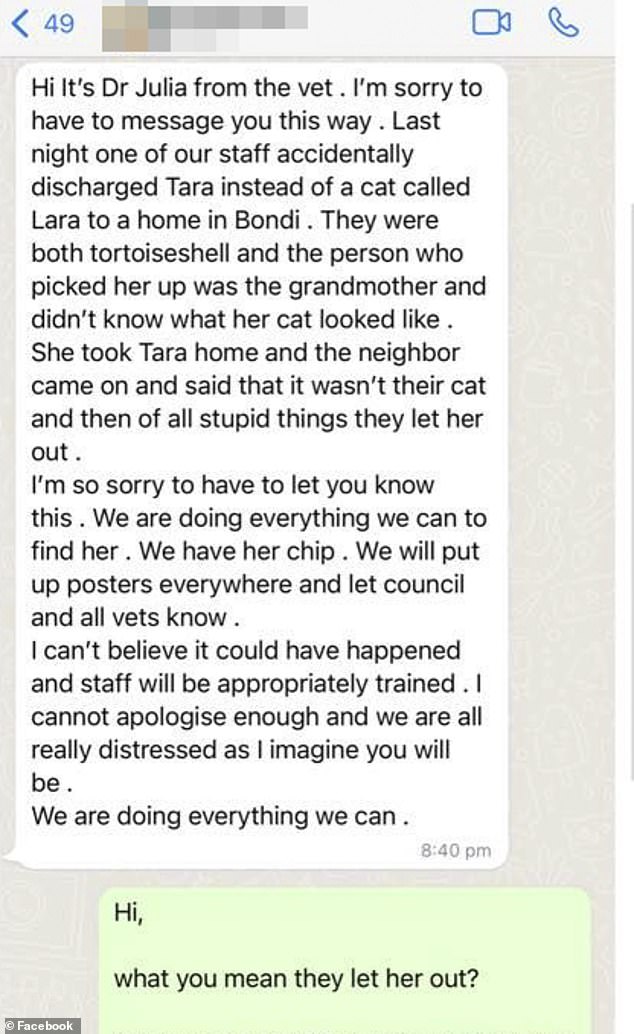 The online plea quickly went viral, prompting the vet clinic to launch its own public appeal on Tuesday morning.

‘On Sunday a member of staff gave the wrong cat to the mother of the owner of another tortoiseshell cat,’ the clinic wrote.

‘She was not familiar with her daughter’s cat and so did not recognise it and took her home. Then when a neighbour in Castlefield St Bondi dropped by and said it wasn’t the right cat, little Tara escaped into the back garden and jumped the fence.

‘We have signs and cat traps out there and we are actively looking for her. We would ask you all for your help . It was a human error and staff involved are very upset as we love and live for the pets in our care.

‘Please let us know if you see her.’ 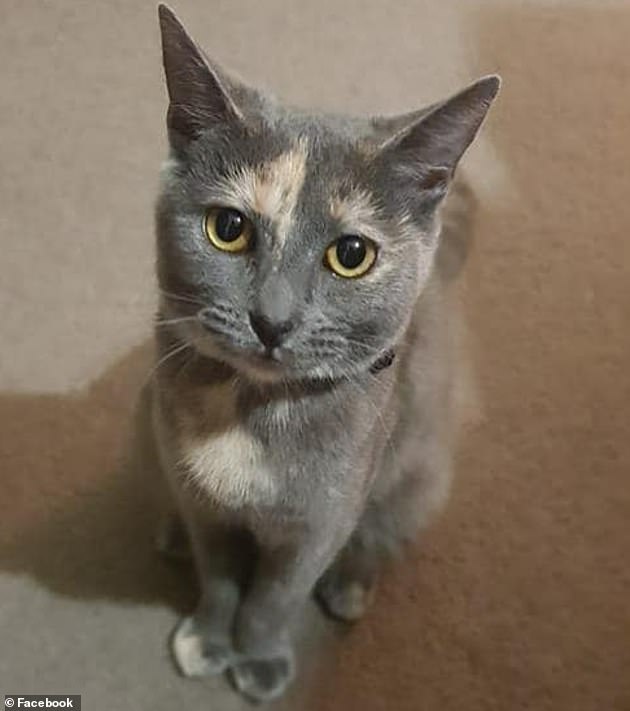 The appeal was inundated with supportive comments from locals who agreed it was a difficult situation for everyone involved.

‘I just hope she is located sooner rather than later. I would be physically sick if that was my kitty. She’s a beautiful girl. Come home gorgeous. She would be so scared!’ one local wrote.

Another added: ‘Fingers crossed she is found soon. That is a hard situation for everyone involved. Big hugs to the owner and your team.’

‘How was this allowed to happen? The owners are distraught and have been posting on local Facebook groups over the last 24hrs as they are overseas. This should never have happened in the first place. Veterinary practices have a strict duty of care and this was clearly broken here,’ one commented.

Tara was last seen in Castlefield Street in Bondi.

She is described as grey with a ginger splodge on her face and has a collar with her name Tara in diamantes.

The collar also has a round silver tag engraved with ‘my name is Tara. I should be home. Please call Dad’.

Locals are urged to check their sheds and garages, where Tara may have sought shelter from the rain.