Bondi’s notorious Bobolas family of hoarders back in court

Members of Bondi’s notorious Bobolas family of hoarders are back in court facing claims including contempt as the rubbish continues to pile up outside their home in Sydney’s eastern suburbs.

Despite years of council clean-ups and court orders to clear the property of rubbish, the front yard of the home is once again covered in piles of garbage.

When Daily Mail Australia visited on Friday the front of the house once again resembled a rubbish tip with bags of trash stacked above the height of the fence. 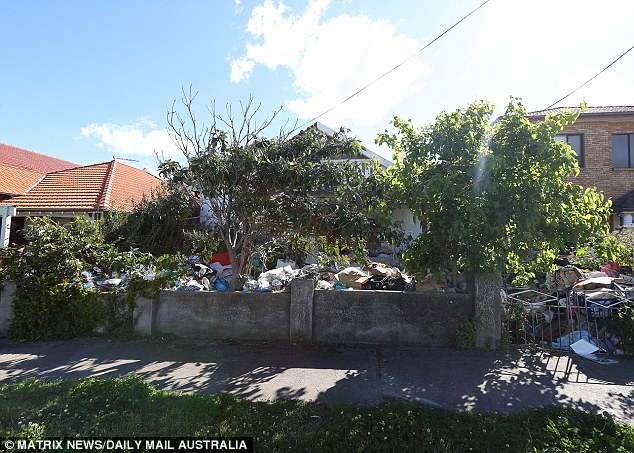 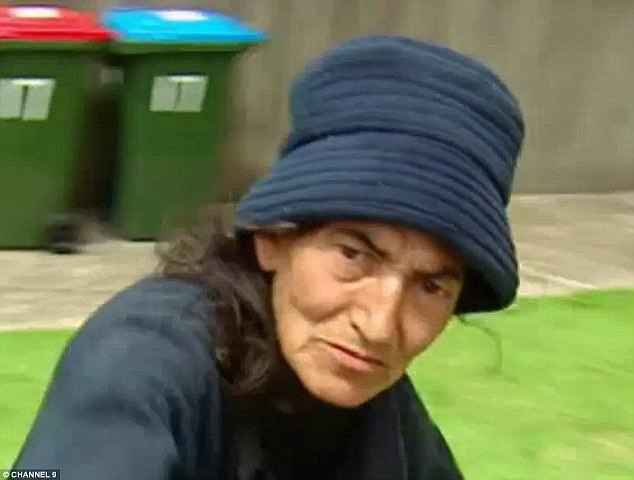 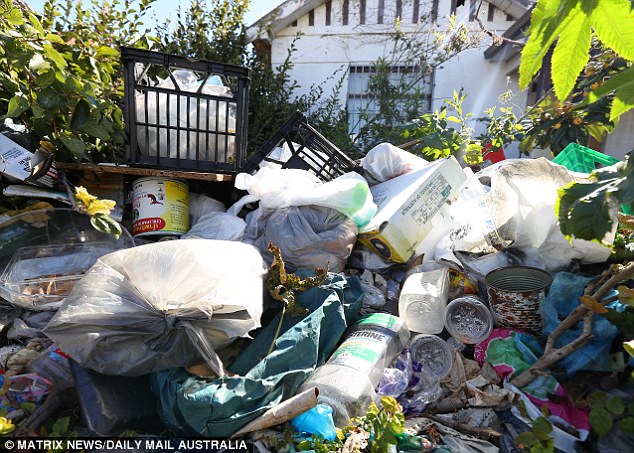 Piles of garbage obscure the front of the Bobolas family home at 19 Boonara Avenue, Bondi

The Bobolas family – mother Mary and daughters Elena and Liana – won an injunction to keep their property an hour before it was due to be seized and sold in June last year.

Waverley Council had sought to forcibly sell the house at 19 Boonara Avenue so it could recover an estimated $160,000 spent on cleaning up the trash-strewn property.

The Bobolas’s win in that battle was the third time the family had blocked council attempts to auction the house but their legal fights are not over.

More than $350,000 of ratepayers money has been spent on 15 council clean-ups in a bid to control the piles of rubbish outside the home. 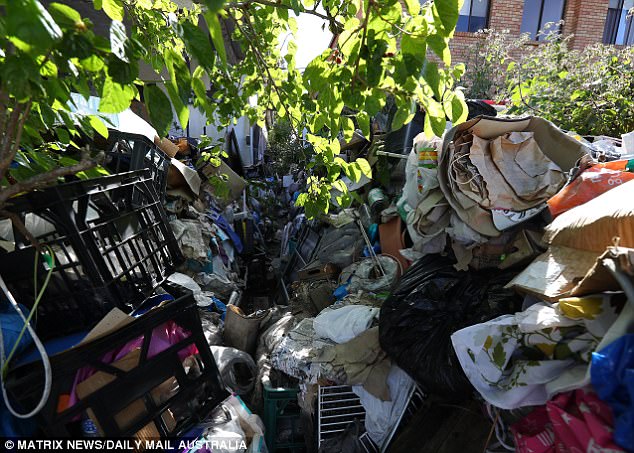 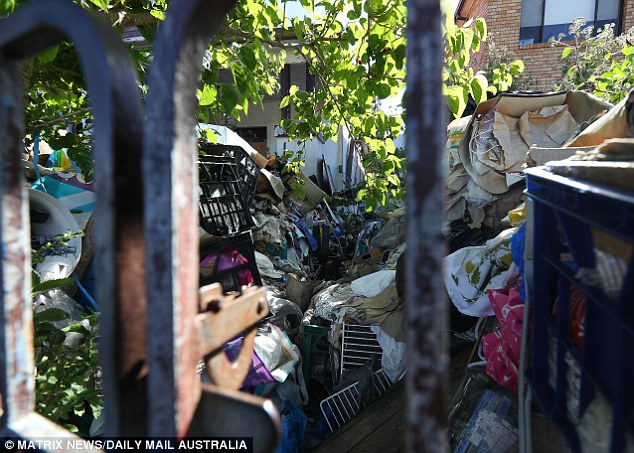 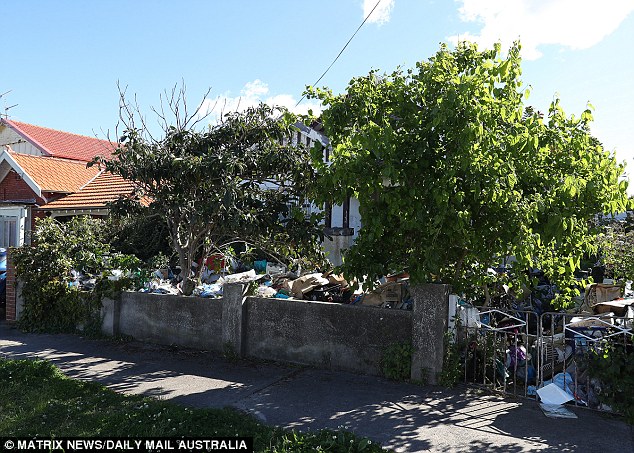 It was due to be sold in February last year but the family managed to find $180,000 in cash to settle one clean-up debt just hours before the house was to go under the hammer.

Almost as soon as the property has been cleared rubbish has begun to pile up again. Bought by Mrs Bobolas for $15,000 in 1973, the land is worth an estimated $2 million.

Mary, Liana and Elena have all been arrested at various times when authorities have attempted to gain access to the property.

Now Waverley Council has filed a notice of motion in the Land and Environment Court seeking that Mary Bobolas and her daughters be found guilty of civil contempt of court.

The Council claims the Bobolas family has not complied with an order from April 2015 in that they ‘failed to refrain from keeping waste on the premises’. 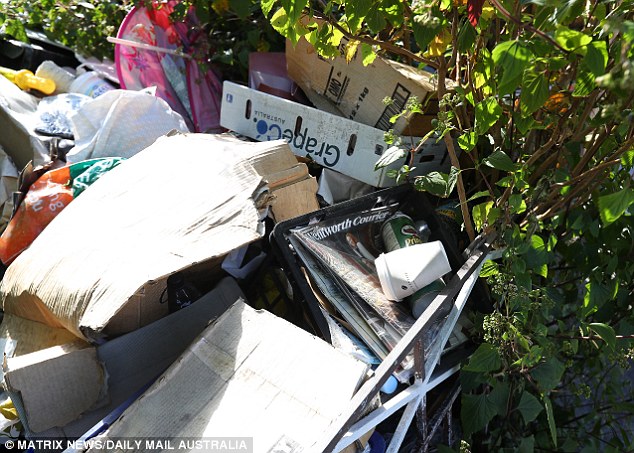 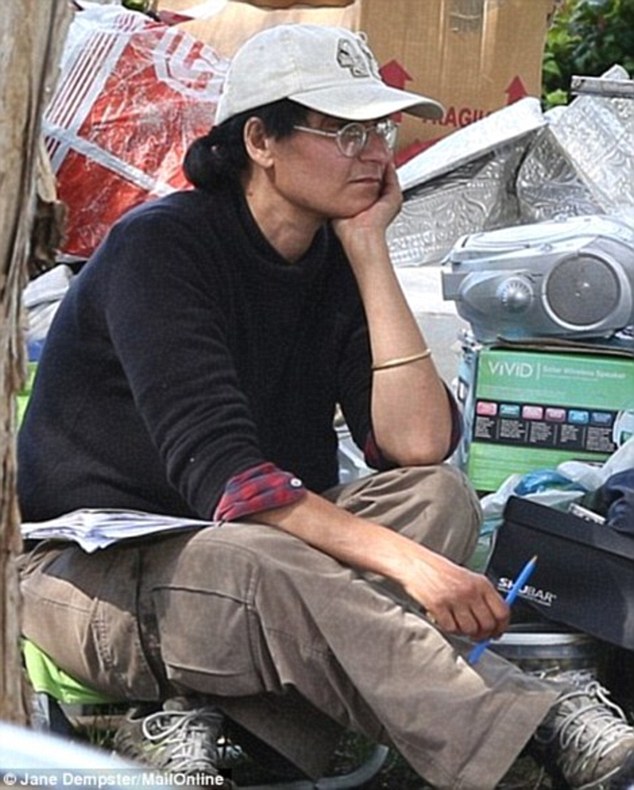 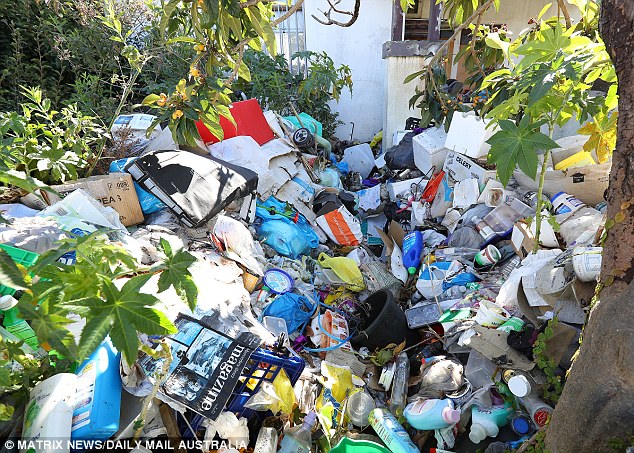 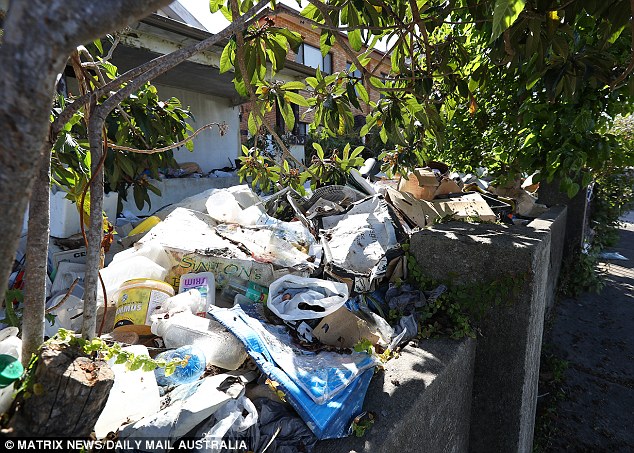 The front fence at 19 Boonara Avenue, Bondi, holds back a sea of rubbish on Friday afternoon

The matter returns to the Land and Environment Court later this month.

Mrs Bobolas’s daughters Liana and Elena are both due in Waverley Local Court this week seeking the annulment of matters previously dealt with by courts in their absence.

Elena will seek to overturn a finding of guilt for obstructing an officer in the exercise of their functions. Those cases go back to 2015.

Liana was taken into custody in July 2015 after workers arrived at the home for another court-ordered clean-up.

On that occasion Waverley Council workers removed 10 truckloads of rubbish from the property as the family watched on. 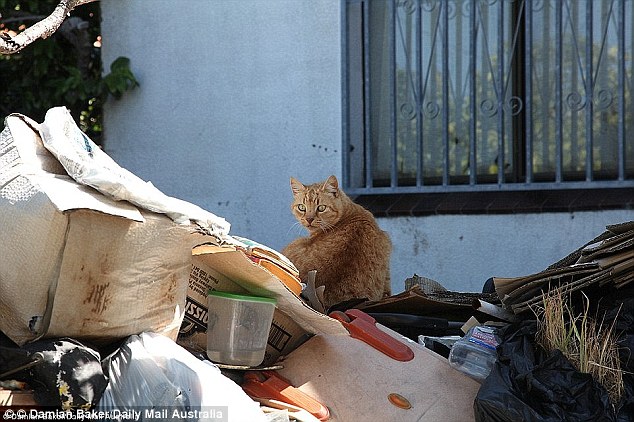