BONNIE ESTRIDGE with her latest despatch on living with Alzheimer’s

Syringing used to be done by a nurse or doctor using a large ear syringe to squirt water into the ear, then suck the water and the wax out together

For many years I have had a problem with a lot of ear wax clogging up my ears. I’ve been told ear syringing is unsafe, so what other treatments are available?

Syringing used to be done by a nurse or doctor using a large ear syringe to squirt water into the ear, then suck the water and the wax out together.

The problem was controlling the pressure of the water jet. Too forceful, and you could damage the eardrum.

These days we use ear irrigation performed by a machine which is able to accurately squirt the water into the ear at a safe and consistent pressure.

The ear wax is dislodged and then travels out with the water. This is routinely done in GP surgeries.

Ear softening drops containing either olive oil or almond oil are also considered very effective. After a week of putting these in, any compacted ear wax may well dislodge.

If neither drops nor ear irrigation work, micro-suction is available at some NHS hospitals: the wax is sucked out using a safe, very thin suction device and no water or syringing.

Avoid cotton buds – they jam built-up wax into the ear even harder.

Why is there no information anywhere about polymyalgia rheumatica? I was diagnosed just over three months ago and have never been in so much pain.

I am 74 and was previously fit and active, but now I feel a cripple. I am on prednisolone but it doesn’t seem to be helping.

Polymyalgia rheumatica, or PMR, is a the most common of the rheumatic diseases – conditions that lead to inflammation, pain and stiffness in the joints, tendons, ligaments, bones and muscles. 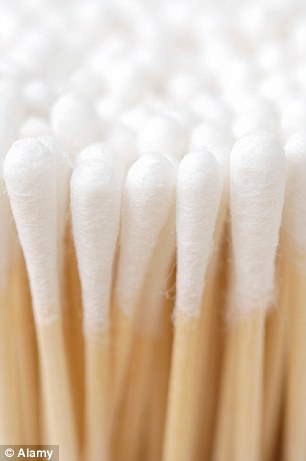 In PMR, which is also sometimes just called polymyalgia, aching is felt in the muscles and there is stiffness, particularly around the shoulders and neck, the hips and the pelvis. Pain may travel to the knees and the elbows.

It’s thought to be caused by the immune system turning inward and attack the body’s healthy tissues. It is usually diagnosed in older adults, particularly those over 70.

Patients complain of morning stiffness, difficulty rolling over in bed, getting up from a chair or raising the arms, and tiredness, lack of appetite and ankle swelling.

Prednisolone, a steroid, dampens the inflammatory processes in the body. This is the standard treatment and symptoms should ease after three to four weeks. If things don’t improve, an increased dose and a referral to a rheumatologist should be considered.

A lack of response to treatment may indicate false diagnosis. PMR can mimic other joint conditions including arthritis, lupus or even thyroid conditions, so it is important to suggest these to your GP if treatment is ineffective. 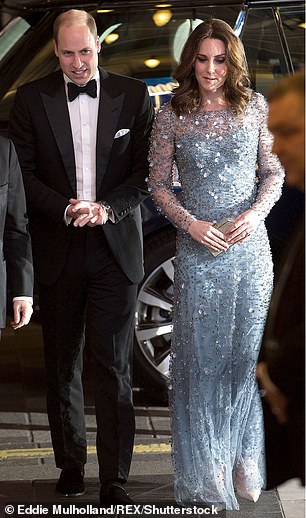 Mental trauma can hit everyone, even a prince

A royal engagement last week reminded me that no one is immune to mental-health problems – not even a prince. I shared a stage with the Duke of Cambridge and a team of experts to discuss mental-health strategies in the workplace.

At the This Can Happen conference, dedicated to improving mental-health support at work, the Duke, above with the Duchess of Cambridge, revealed the impact of the traumatic incidents he witnessed when working with the air ambulance, admitting that the toll ‘nearly took him over the edge’.

The Prince applauded his colleagues for giving him the vital space to talk honestly about the trauma and tragedy he witnessed.

And this theme was hammered home by all the experts: relationships at work are essential to boosting both mood and productivity.

EastEnders actor Rita Simons opened up about her OCD diagnosis on I’m A Celebrity… last week, declaring herself a ‘fully diagnosed’ sufferer of the mental illness.

The 41-year-old clearly distinguished herself from those who insensitively claim to be ‘a bit OCD’ just because they like things to be tidy.

I share her frustrations at this gross misunderstanding of the illness. In fact, Rita and other sufferers of OCD are gripped by their obsessions and compulsions to the detriment of their daily life. The obsessional thoughts can be haunting, bringing overwhelming anxiety and often depression.

Thankfully, Rita has her camp-mate Anne Hegerty – who was recently diagnosed with autism – for support; it’s been heartwarming to watch the women speak openly about mental health with one another.

A nearby friendly and understanding ear is not only helpful for those with mental health issues, it’s vital for us all.

Boost for smokers… but don’t forget the dangers

You may have been surprised to learn last week that smoking could protect you from Parkinson’s disease. According to new research, ex-smokers are 20 per cent less likely to develop it, while current smokers see their risk slashed by half.

Proceed with caution. We do not yet know why this association occurs. Indeed it is just that, an association, rather than a clear-cut cause and effect. Charity Parkinson’s UK suggest that the answer may lie in nicotine-based botanicals, which may be associated with a reduced risk.

What we can be sure of is the succession of significant health harms associated with smoking. The risk of lung cancer is almost doubled, for instance, and there are many more widely accepted medical reasons to stay well away from cigarettes.

It’s known that coffee can be good for brain health – but the secret may lie in the roasting rather than in the caffeine.

Moderate coffee consumption could lower the risk of Alzheimer’s disease by up to 20 per cent, according to research by the Institute for Scientific Information on Coffee.

The study suggests the brain-protecting qualities lie in phenylindanes, compounds released during the process of roasting.

These were shown to inhibit the amalgamation of toxic proteins that are a key factor in neurodegenerative conditions such as Alzheimer’s and Parkinson’s disease. The longer the coffee is roasted, the more phenylindanes are produced.

Nikki, 13, below, has the genetic blood condition arteriovenous malformation and has become a YouTube sensation with her videos on harnessing self-confidence for those with visible disabilities.

WHAT’S IT ALL ABOUT?

Nikki’s vlog (video blog) has garnered 348,000 viewers since she launched the channel when she was just eight. Her fan base watch her bake delicious cakes, give bargain shopping tips and advise how to handle cruel online bullies. The Junior Bake Off winner is on a mission to inspire others with disabilities to love themselves, regardless of the way they look.

We greet people with a smile?

For modern-day humans, a smile is a greeting, but it wasn’t always so. The evolutionary purpose of a smile was to communicate a danger or threat to the wider group. ‘If primates, from which we evolved, feel threatened, the lips are curled back and the teeth are apart – they are ready to bite,’ says Professor Frank Andrews of Knox College in Illinois. But the smile is now so ingrained in human evolution that it exists from birth.

Prof Andrews says: ‘Children who are born blind never see anybody smile, but they show the same kinds of smiles under the same situations as sighted people.’