Furious MPs yesterday demanded the resignation of Boohoo’s bosses after an explosive report blasted the appalling treatment of workers in its Leicester clothes factories.

Boohoo knew how bad the situation was in December 2019, the report found, but its billionaire founder Mahmud Kamani dismissed those allegations as ‘another lot of b******s’.

Investigators looking in to working conditions at Boohoo revealed ‘excessive’ hours, life-threatening conditions and illegally low pay across much of the fashion giant’s supply chain

The board did not report possible criminal activity, uncovered in a series of spot checks last year, to police.

Bosses were told that one factory had ‘the worst working conditions that I have seen in the UK and is not safe for the workers’.

Levitt said it was ‘inexcusable’ that Boohoo capitalised on a jump in demand from the pandemic, without assessing whether its Leicester workforce could cope.

She added: ‘By December 2019, at the latest, senior members of the board knew for a fact that there were some serious examples of unacceptable conditions and poor treatment of workers, including illegally low pay.’ 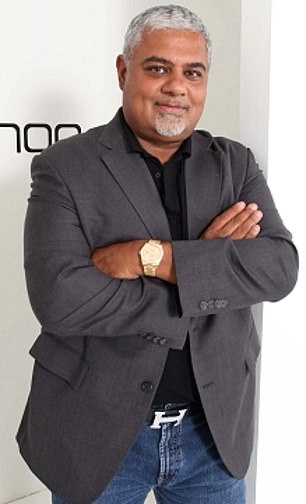 Cheap labour and rock bottom prices have led to booming sales for the online retailer in recent years, boosting the wealth of Boohoo’s billionaire founding family, the Kamanis.

‘On his watch, this appalling situation has been allowed to continue to grow and fester, and Boohoo has profited through unlawful commercial practice in its supply chain.’

The three MPs for Leicester – Claudia Webbe, Liz Kendall and Jonathan Ashworth – said in a joint statement: ‘This damning report shows Boohoo has known about unacceptable working conditions in its Leicester factories for years, but has failed to take the necessary action anywhere quickly enough. The chief executive of Boohoo is ultimately responsible for these failings and should now resign.’

Cliff Weight, the director of ShareSoc, said: ‘It is undoubtedly shocking that these kind of third world factories exist in the UK. Mahmud Kamani needs to step aside whilst the board reviews his position.’

Incredibly the share price soared 15.4 per cent, or 50.1p, to 374.5p yesterday because investors were relieved Boohoo was implementing the report’s recommendations.

The jump boosted the Kamani family’s fortune by £126million. Kamani and his co-founder Carol Kane are in line for a share of a £150million award if the company’s stock price hits a 600p target.

The row over sweatshop conditions first erupted in July after reports in this newspaper and the Sunday Times alleged Boohoo’s factories were failing to follow social distancing and paying staff as little as £3.50. The minimum wage for workers aged 25 and over is £8.72 an hour.

In a bid to halt its collapsing share price, Boohoo ordered the independent investigation, which was published yesterday.

It found that Kamani had ‘a social and family relationship’ with the owners of the two companies at the centre of the sweatshop factory allegations in July.

He also ‘covertly owns or controls many of the factories [in Leicester] through a complex web of directorships’, the report found. In internal emails, which reveal his unrelenting pressure to drive down prices, he told staff: ‘We’re paying too much… again I do not want prices going up.’

In another he said: ‘We are in a mess and it needs fixing… We’re gonna trade faster, harder and quicker.. If it doesn’t suit anyone… Boohoo is not the place for you.’

Peter Williams, chairman between 2014 and 2019, said that buyers felt they had to ‘almost screw these people to the floor’ to please Kamani.

The 234-page report paints a nightmarish picture of the working conditions in the Leicester factories.

One auditor, referring to a factory in its supply chain, told Boohoo in December 2019: ‘The factory has the worst working conditions that I have seen in the UK and is not safe.’ Another did not provide water for employees, while a third had ‘too many health and safety issues to report’.

It led one Boohoo director, Tom Kershaw, to admit in a private email the conditions ‘made me feel horrendous… it was heart-breaking really’.

Some factories had no working fire escapes leading Levitt to say that ‘were a fire to break out in some of the buildings it is likely that there would be loss of life’.

Boohoo has accepted all of the report’s recommendations, including reducing the number of suppliers. Boss Lyttle said these ‘further steps’ will ‘drive long-lasting and meaningful change’.