Britons are loading up on store cards, payday loans and car finance at astonishing rates, worrying regulators who are planning a crackdown on consumer borrowing.

A string of announcements by major lenders, some of whom target customers who struggle to get credit, has laid bare the scale of the consumer credit binge.

NewDay, which owns the Aqua and Marbles credit card brands, as well as providing store cards for House of Fraser, Debenhams and Topshop, said its lending grew at an astonishing 32 per cent in 2016, with one million new customers borrowing.

The country’s biggest payday lender Enova, owner of lending sites including QuickQuid, said it had seen 16 per cent growth in the first quarter compared with a year ago.

Enova said demand had been ‘very strong’. It overtook Wonga as the biggest payday lender in the UK last year after its rival bore the brunt of a backlash against the explosion in the market for easy but expensive debt.

Lloyds Banking Group said that its consumer finance division grew at a rate of 10 per cent a year in the first quarter.

The breakneck growth will concern regulators, who are planning to crack down on how lenders carry out creditworthiness checks and make them tighten underwriting rules.

The surge in borrowing in the first quarter is especially worrying given banks told the Bank of England this month they had sharply cut back credit availability recently. 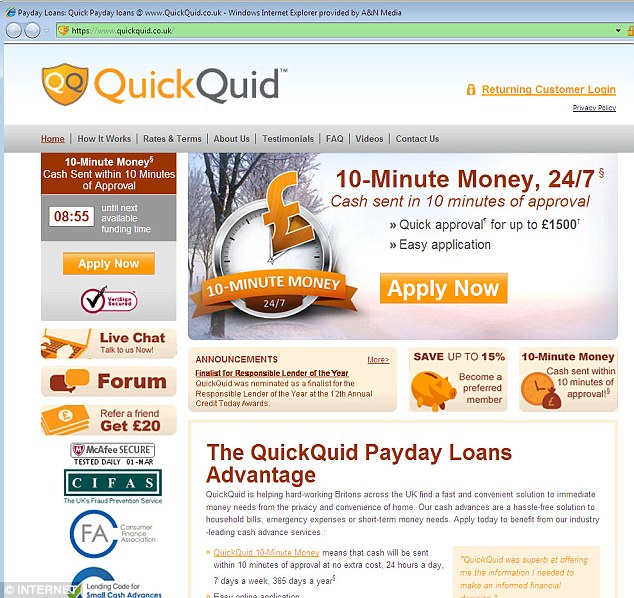 ‘Very strong’ demand: Enova, owner of lending sites including QuickQuid, said it had seen 16 per cent growth in the first quarter compared with a year ago

Lloyds chief executive Antonio Horta- Osorio said following the bank’s first-quarter results: ‘We are growing significantly in car financing. We are growing in line with the credit card market and decreasing slightly in unsecured personal loans, which is where the market is decreasing in general.’

Enova operates QuickQuid, Pounds To Pocket and On Stride Financial, the latter specifically targeting families with ‘unsecured personal loans as high as £10,000 at rates as low as 29 per cent’.

NewDay, owned by private equity firms Cinven and CVC Capital Partners, specialises in credit cards for ‘near prime’ consumers. Aqua and Marbles cards are marketed to consumers who have problems getting credit, with interest rates starting at 34.9 per cent. 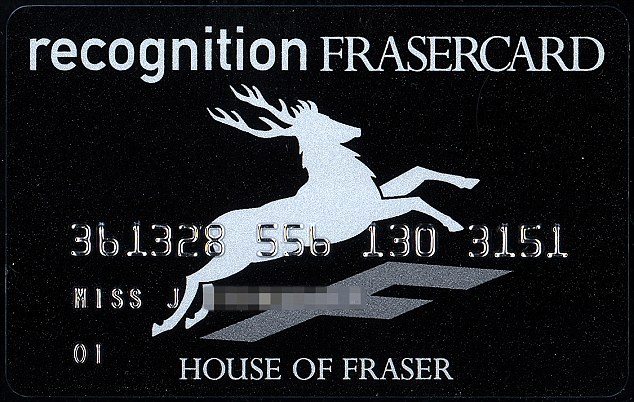 Credit boom: NewDay, which provides store cards for House of Fraser, Debenhams and Topshop, said its lending grew at 32 per cent in 2016