A Border Patrol agent has pleaded guilty to starting a massive wildfire in Arizona on the day of his wife’s gender reveal party.

Dennis Dickey, 37, pleaded guilty Friday to a misdemeanor violation for starting the 2017 Sawmill Fire near Green Valley which is estimated to have caused around $8.2million worth of damage.

According to a press release from the U.S. Attorney’s Office, Mr Dickey started the fire by firing a rifle filled with Tannerite, a highly explosive substance, at a target — filled with either pink or blue powder. 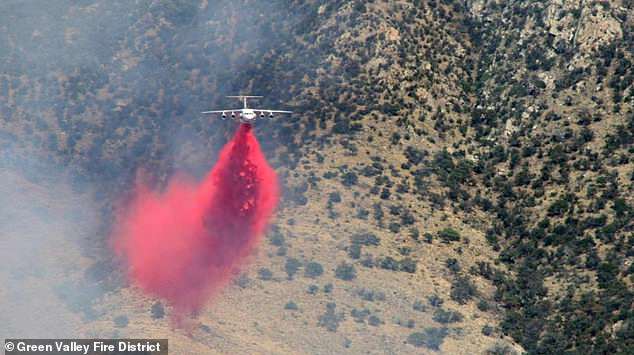 The firefighting operation was said to have costed in the region of $8.2million and lasted around a week

The target was intended to explode in a burst of colour which would indicate the sex of his unborn child.

However, a massive explosion set fire to a patch of dry grassland which spread rapidly to engulf an area covering 47,000 acres of land within a week of his party trick.

According to authorities, the off-duty Border Patrol officer immediately reported the fire to law enforcement and cooperated with them.

Mr Dickey will now have to pay $220,000 in restitution after he pleaded guilty Friday in federal court to a misdemeanor charge of causing a fire without a permit.

‘It was a complete accident,’ Dickey, 37, told U.S. Magistrate Judge Leslie A. Bowman Friday in court. ‘I feel absolutely horrible about it. It was probably one of the worst days of my life.’ 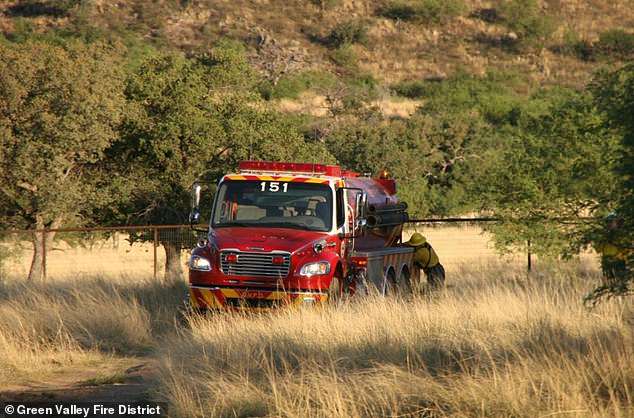 A fire engine deployed to deal with the fire which spread over 47,000 acres of land in Arizona 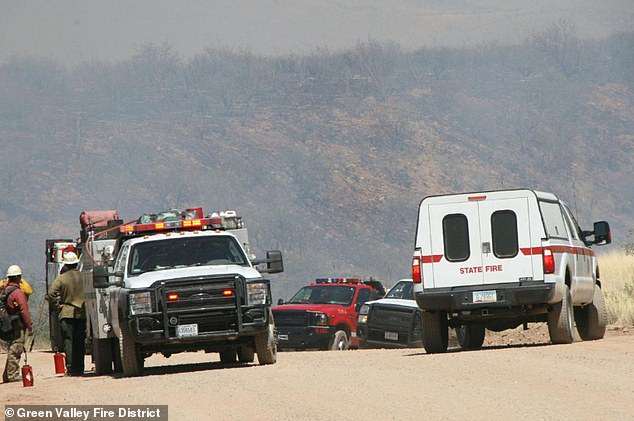 Mr Dickey, an off-duty Border Patrol officer, will now have to pay $220,000 in restitution for starting the fire

Dickey’s attorney Sean Chapman told the Arizona Daily Star he will borrow from his retirement fund to pay the $100,000 due at sentencing.

Ordering Dickey to pay $8.2 million to cover the cost of the fire would have been ‘like getting blood from a stone’ because he could never come up with that much money, Chapman said.

Nearly 800 firefighters from various agencies battled the Sawmill Fire for about a week in April 2017, at a cost of about $8.2 million.

No injuries were reported in the fire but several residents were evacuated from their homes as a precaution.