The head of the Border Patrol’s national union said the flood of immigrants seeking to make it to the U.S. was now at ‘crisis’ levels – as a gun battle erupted between two gangs and a Honduran migrant said he was encouraged to come after watching the news.

Brandon Judd, president of the National Border Patrol Council, told Fox News he would not have called the situation a crisis a week ago, but warned it’s now an emergency.

Brandon Judd, president of the National Border Patrol Council, the national union, said the situation at the border is now a ‘crisis’

‘A week ago I would not have called this a crisis. Today it meets the definition. We are overwhelmed. We do not have the resources to stop the cartels from bringing in illegal aliens, from bringing in drugs, therefore we are in fact in a crisis,’ he said.

The alarm comes as President Joe Biden’s own Secretary of Homeland Security, Alejandro Mayorkas, warned things would get worse before they would get better – as he predicted a continuing surge of apprehensions at the border. 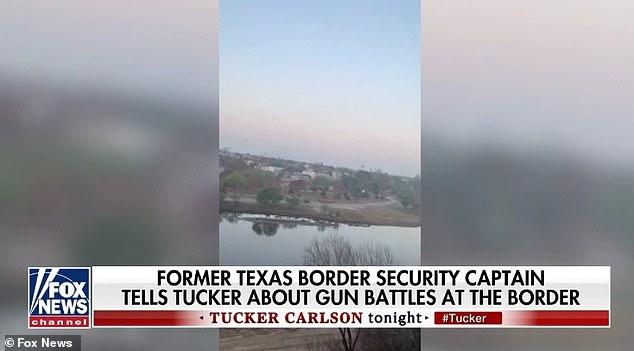 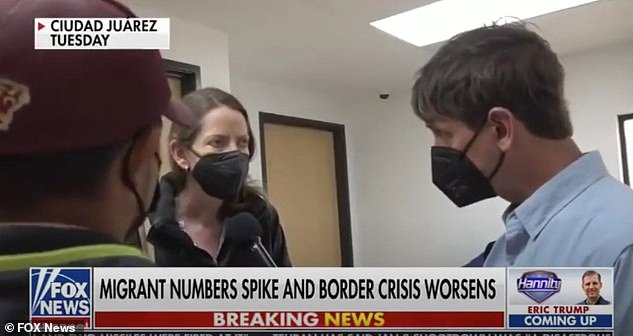 Officials made their comments as Fox News reported that a gun battle had taken place near the community of Roma, Texas between two rivaling cartels.

Jaeson Jones, a former Texas Border Security Captain, said that the gun battle erupted between the Cártel del Noreste and Cártel del Golfo while he was ‘sitting on the bluffs’ nearby.

‘We were sitting on the bluffs at 7.40 this morning when a large gun battle broke out,’ Jones told Tucker Carlson.

Just across the Mexican border from Roma is a town called Ciudad Miguel Alemán where two cartels have been embattled for years, Jones said.

Video taken earlier in the day shows gunfire ripping through the air.

‘It’s important that the American people know that what is happening down here is broader in scope than people just crossing the border,’ Jones said.

He said the gun battles have been heard by border agents between two and four times a week, that last as long as an hour and a half.

Meanwhile, an immigrant named Nelson told Fox News during a segment for Tucker Carlson’s show that he had decided to come to the United States after he saw news that immigrants were being let in.

‘I listened to the news that they were letting people in,’ he said through a translator. 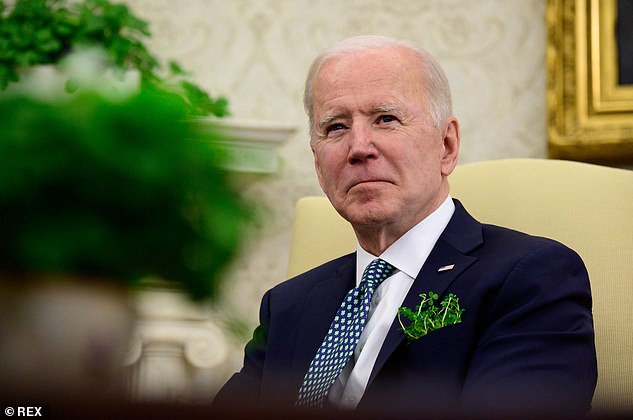 In September 2019, Biden said: ‘I would make sure there we would immediately surge to the border all those people that are seeking asylum’

Nelson said he had not heard Biden’s message that now is not the time for immigrants to come to the United States, the translator told Fox News.

Fox News spoke to Nelson in Ciudad Juarez, just across the border from El Paso, Texas. It was not immediately clear if Nelson was on his way to the border or had been turned back.

A senior Customs and Border Patrol official, who asked the outlet to remain anonymous, said: ‘The president understands it is a crisis which is why he told migrants ‘don’t come over’.’

President Joe Biden sat down with ABC News’ George Stephanopoulos for an interview win which he told people not to cross the border – which has seen thousands of migrants trying to cross since he became president.

‘Yes, I can say quite clearly: Don’t come over,’ Biden said.

In the same interview, Biden said he coming up with a process for migrants to apply for asylum to the United States from their home countries.

‘So don’t leave your town or city or community,’ Biden said.

In his show, Sean Hannity pointed to a clip from a Democratic debate in September 2019 in which Biden said: ‘I would make sure there we would immediately surge to the border all those people that are seeking asylum.’

‘They deserve to be heard. That’s who we are. We’re a nation that says if you want to flee and you’re fleeing oppression, you should come.’