Boris Johnson and Emmanuel Macron agreed to ‘de-escalate’ the bitter fishing row today – but the French president demanded ‘respect’ from the UK.

The two leaders tried to thrash out the issues over access to British waters as they held talks on the margins of the G20 summit in Rome.

Cameras were excluded from the discussions in an effort to defuse the situation, and the pair were apparently not accompanied by any officials.

Earlier, they came face to face as they visited the famous Trevi Fountain with other leaders attending the G20 summit in Rome this morning.

A French aide told Reuters: ‘The goal for both the president and the prime minister was to work towards de-escalation.’

Mr Macron is said to have told the premier that he expected seriousness and respect after days of sniping.

French sources told AFP the two sides agreed ‘operational measures’ to take the heat out of the row in the coming days.

Paris has threatened border and port sanctions, including increased checks on British vessels, a ‘go-slow’ at customs and increased tariffs on energy bills in Jersey unless more fishing licences are issued by the UK for small French boats by Tuesday.

However, the UK government has insisted licences are being granted where boats can provide evidence they fished in waters before Brexit, with ministers adamant they will not back down.

Mr Johnson last night warned the EU not to side with France, while Brexit minister Lord Frost threatened to take legal action. 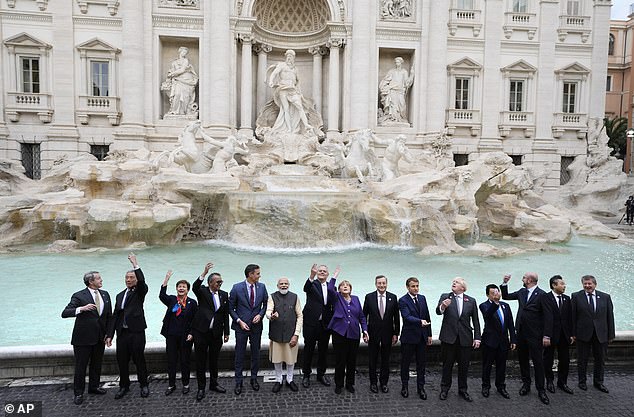 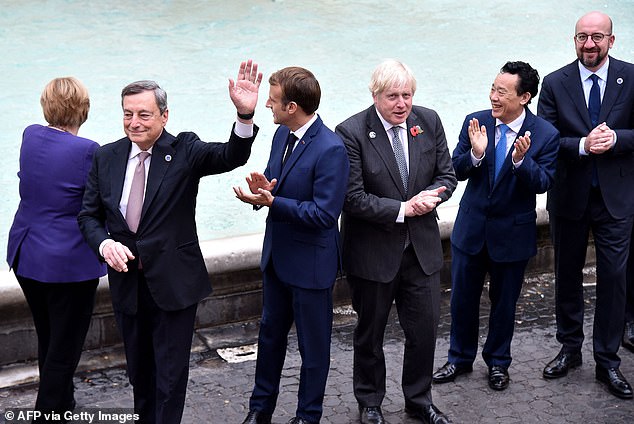 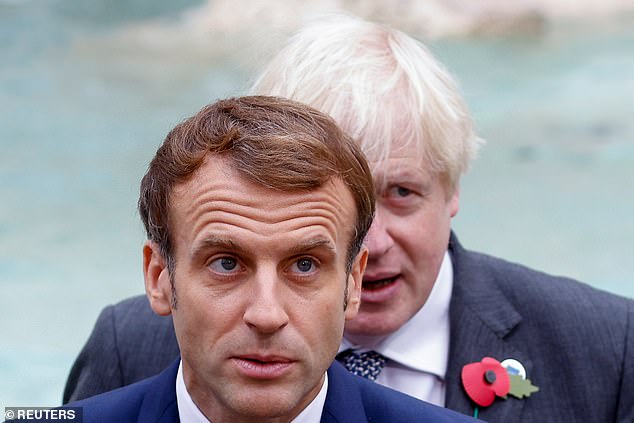 French courts have demanded a £125,000 ‘ransom’ for the release of the British fishing trawler impounded in the Le Havre port, it emerged last night.

Scottish-registered the Cornelis Gert Jan is accused of not having a valid licence to fish in French waters.

Its unnamed skipper – believed to be an Irish national – has been charged with ‘acts of unauthorised sea fishing in French maritime salt waters’ and ordered to appear in court next August.

Mr Beaune tweeted in response to Lord Frost this morning: ‘After 10 months, when such a significant amount of licences, targeting one country, is missing, it’s not a technical issue, it’s a political choice and a breach of the TCA.

‘A friend, ally and responsible partner should stand by its world and comply with legal commitments.’

He said the retaliation measures threatened from November 2 were ‘proportionate’.

‘It’s positive to read that the UK cares about the TCA; France and the EU expect its full respect and implementation, regarding fishing rights, the Northern Ireland protocol and all other – agreed and ratified – matters,’ he said.

Mr Johnson and Mr Macron shared an awkward fist-bump during an encounter on the first day of the summit yesterday.

Downing Street has stressed that the pair are ‘friends’ – but behind the scenes anger is mounting about the grandstanding behaviour from France, with Mr Macron facing a presidential election in the spring.

One senior UK official said: ‘The French have made their position abundantly clear. They are not interested in a positive and constructive relationship, but only in trying to show that Brexit was a mistake.’

Another added: ‘From explicit warnings about stopping energy supply to Jersey to public threats about imposing customs controls unless we comply with their demands, this has been a concerted effort to undermine and now breach the terms of the Trade and Cooperation Agreement.’

The has dismissed France’s claim that Britain has not responded to requests to grant more licences is wrong and it has been transparent throughout.

A source said: ‘We’ve been through painstaking discussions on every single French vessel in question, and have acted at all times in accordance with the deal struck with the EU. It’s incredibly disappointing to see France resorting to these threats.’ 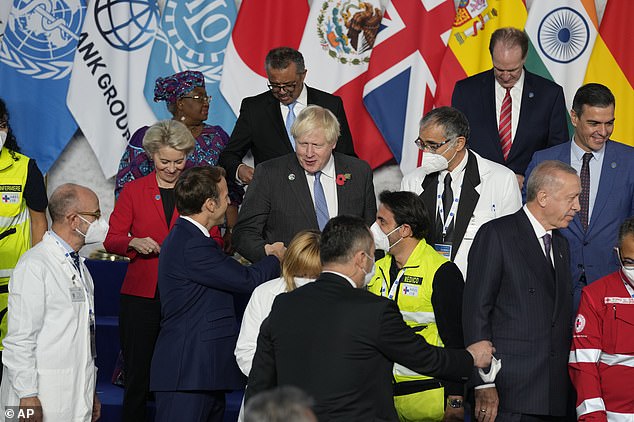 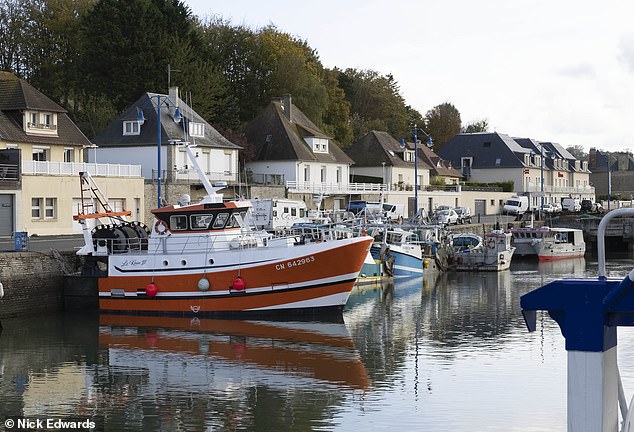 France has threatened border and port sanctions, including increased checks on British vessels, a ‘go-slow’ at customs and increased tariffs on energy bills in Jersey, unless more fishing licences are issued by the UK for small French boats by Tuesday. Pictured: French fisherman in the fishing town of Port En Bessin

Lord Frost yesterday blasted a ‘pattern’ of threats made by France to Britain and said the UK Government is ‘actively considering’ starting legal proceedings against the country.

In a series of tweets, the Conservative peer rallied against comments made by French prime minister Jean Castex in a letter to Ms Von Der Leyen, that the UK should be shown ‘it causes more damage to leave the EU than to stay in’.

Lord Frost said: ‘To see it expressed in this way is clearly very troubling and very problematic in the current context when we are trying to solve many highly sensitive issues, including on the Northern Ireland Protocol.’

Mr Johnson slammed the ‘rhetoric’ coming out of Paris and warned that threats – including a go-slow on goods at Calais and blocking British trawlers from French ports – were ‘completely unjustifiable’ and likely broke international law. 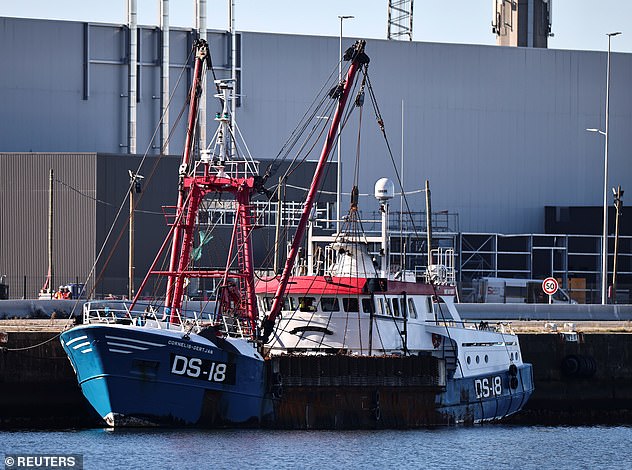 French courts have demanded a £125,000 ‘ransom’ for the release of the British fishing trawler impounded in the Le Havre port, it emerged last night