Boris Johnson today accused Jeremy Corbyn of ‘dog whistling’ to anti-Semites as he demanded the Labour leader ‘grow up’.

The ex-Foreign Secretary said Mr Corbyn could end the current row over anti-Semitism in an instant by accepting the international definition of racism against Jews.

But he claimed Mr Corbyn was unable to do so because he shared a belief that Israel was a ‘racist endeavour’ and the biggest obstacle to Middle East peace.

Mr Johnson’s criticism came as Labour MPs renewed their own condemnation on Mr Corbyn for failing to deal with anti-Semitism while letting investigations go ahead into the actions of angry Jewish Labour MPs.

MPs Ian Austin and Chris Leslie both insisted it was not sustainable for the Labour definition to allow comparison between Israel and the Nazis. 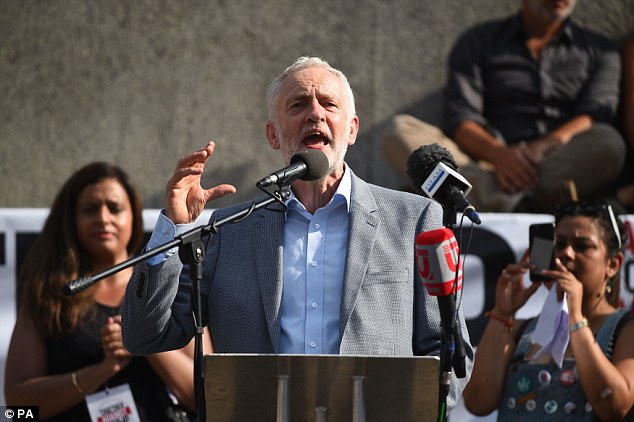 Anti-Semitism is threatening to engulf the Labour Party after the ruling committee refused to adopt in full the International Holocaust Remembrance Alliance definition.

Instead Labour is insisting on using an amended version of the text critics say gives a greenlight to anti-Semites.

Writing in today’s Daily Telegraph, Mr Corbyn said: ‘In a nutshell, the IHRA says that it would be hurtful and anti-Semitic to claim that the state of Israel is a ”racist endeavour”; or to draw comparisons between Israeli policy and Nazi Germany.

Why does the Labour document trigger new controversy?

But it has sparked further controversy, as it omits four behaviours identified as anti-Semitic by the IHRA, including:

‘Corbyn thinks it should be acceptable to say both.’

Mr Johnson said it was possible and proper to criticise the government of Israel for its actions and treatment of Palestinians.

He said: ‘We reserve the right to criticise Israeli behaviour and policy, and I don’t believe there is anything remotely anti-Semitic about such criticism.

‘But Corbyn goes a step further. He believes that it should be perfectly proper to claim that Israel is a ‘racist endeavour’ – that Zionism equals racism – and in doing so he deliberately or unconsciously legitimates a fairly nauseating line of attack on all the millions of Jewish people who, to a greater or lesser extent, identify with Israel.’

Mr Johnson alleged the reason Mr Corbyn would not adopt the IHRA definition in full was because it would mean kicking his own strategy chief Seumas Milne out of Labour.

He said: ‘Like John McDonnell and Seumas Milne, his closest associates, he really does believe that the West is responsible for the woes of the entire Middle East. 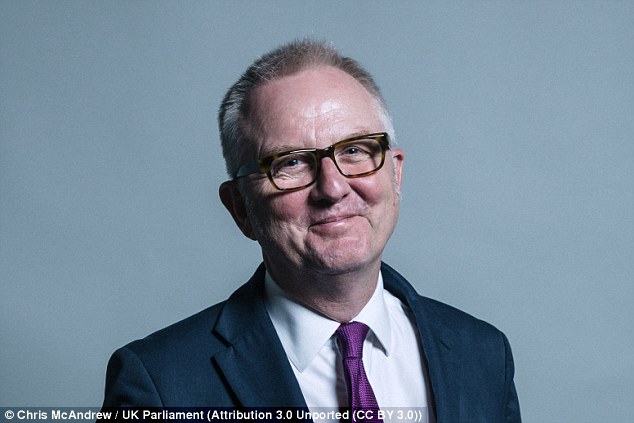 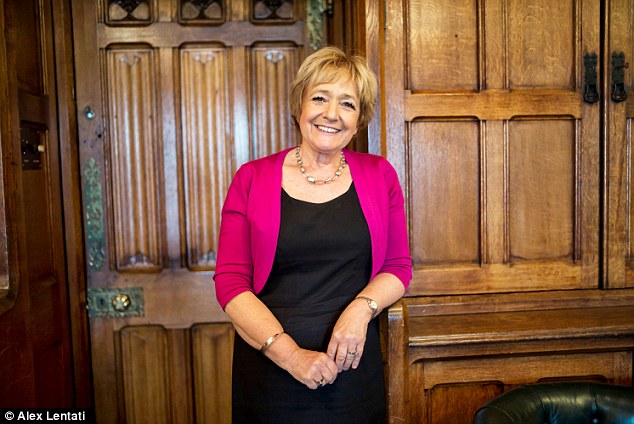 ‘In his infantile desire to blame the West, he fails to see the true culprits of the current disorder and violence in the region.

‘By his failure to adopt what should be some pretty simple and uncontentious language on anti-Semitism he is merrily dog-whistling away to all those who want to believe that the ills of the world can be ascribed to a conspiracy of Israel/the West/the bankers.

‘And the greatest tragedy of all is that he is doing nothing, to say the least, to stop the virus of anti-Semitism.

Former shadow chancellor Chris Leslie said he was ‘mortified’ at how his party was dealing with anti-Semitism and a complaint made against Dudley North MP Mr Austin, whose adoptive parents escaped the Holocaust.

Mr Leslie told BBC’s The Westminster Hour: ‘Can you be allowed to compare Jews to Nazis [and claim] somehow that’s not anti-Semitic? It’s mortifying.

‘Ian Austin speaks his mind. Does he have a right as a backbencher to put those points forcefully to the establishment? Absolutely.’

Yvette Cooper, Labour chair of the home affairs committee, added: ‘Ian Austin has always been a powerful voice campaigning against the far Right. Responding to Labour’s anti-Semitism problems with an investigation into Ian is getting things completely wrong.’

Renewing his own criticism, Mr Austin wrote in the Guardian today: ‘I am shocked and ashamed that a party that has had such a proud tradition of fighting racism has caused huge offence and distress to the Jewish community.

‘Under Jeremy Corbyn’s leadership, some – a minority – go way beyond legitimate and passionately held views about the plight of the Palestinians and tip over into antisemitism.’

He added: ‘The way the leadership weakened the IHRA examples will make it much harder to deal with antisemitism.

‘First, for example, Labour members can now describe the establishment of Israel – not just the actions of the government, the decisions of its parliament or the behaviour of its military, but Israel’s very existence – as a racist endeavour.

‘Second, a member could call Zionists ‘Nazis’ and simply be warned instead of facing proper sanctions.

‘Third, the party must find evidence of racist intent, which will be very difficult to establish.’

A spokesman for Mr Corbyn declined to comment on Mr Johnson’s intervention.

After the Labour code on anti-Semitism was adopted, a party spokeswoman said: ‘The NEC upheld the adoption of the Code of Conduct on anti-Semitism, but in recognition of the serious concerns expressed, agreed to re-open the development of the Code, in consultation with Jewish community organisations and groups, in order to better reflect their views.’