Boris Johnson and Carrie Symonds share a photograph of their son

Well, we told you he had his daddy’s hair! Boris Johnson and Carrie Symonds give only the second glimpse of their son Wilfred in a photo to thank hospital staff who cared for him

Carrie Symonds and Boris Johnson gave only the second glimpse of their son Wilfred yesterday in a photo released to thank hospital staff who cared for him.

And the three-month-old sports a shock of blond hair, just like his dad – as The Mail on Sunday observed when young Wilf’s first picture was released.

Although the couple are keen to guard their son’s privacy, the new shot of the back of his head confirms he’s definitely inherited his father’s trademark mop.

Carrie Symonds, pictured left, holding her son Wilfred, centre, spoke today along with her partner, Prime Minister Boris Johnson, with medics, right, who treated Ms Symonds as she gave birth to her son 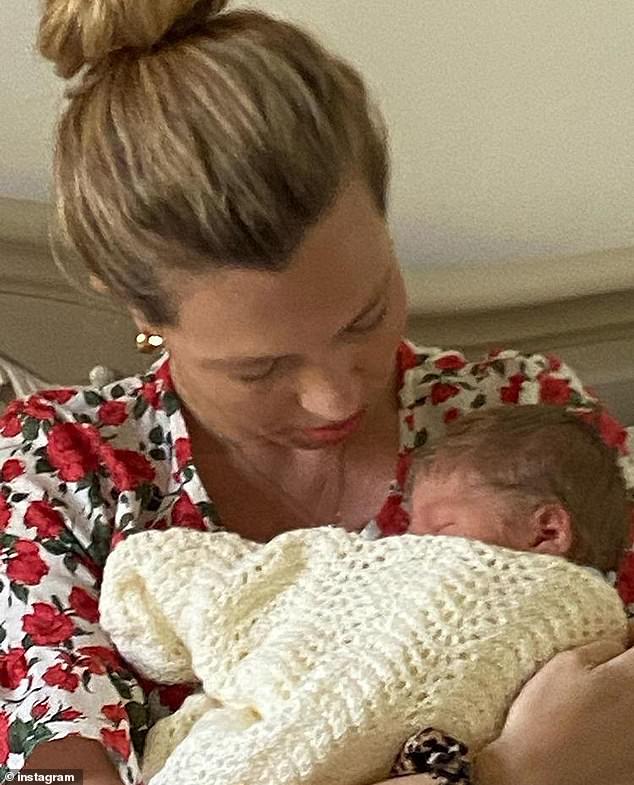 Carrie Symonds, left, has shared a photograph of her son Wilfred, right, whose father is the Prime Minister Boris Johnson, not pictured

The couple were photographed during a Zoom call with hospital staff who looked after the new mum and baby at University College Hospital London, when he was born in April.

The photo was published by Downing Street last night in the run-up to the one-year anniversary of Mr Johnson becoming Prime Minister on Friday.

A friend of the couple said Ms Symonds told the midwives how ‘incredibly grateful’ she was for the ‘most amazing care’ she had received in hospital.

And she thanked them for ‘the brilliant work they do, day in and day out’, and said she had wanted to get in touch to show them how much little Wilf had grown. Mr Johnson joined the discussion, listening to how they have been dealing with the Covid-19 crisis.

The baby was born just days after Mr Johnson was released from intensive care after battling the virus. The Prime Minister spent a week being treated in St Thomas’ Hospital in London.

The couple later revealed they chose the middle name Nicholas for their son in tribute to the two NHS doctors, Nick Price and Nick Hart, who ‘saved Boris’ life’.