Boris Johnson and his girlfriend will live together in the spacious four-bedroom flat above Number 11 Downing Street, leaving incoming Chancellor Sajid Javid and his large family with the cramped quarters above Number 10.

The four-bedroom apartment above the finance minister’s office has been home to every PM and their family since 1997, when Tony and Cherie Blair chose it over the two-bedroom flat above the more famous black door.

But while the Blairs (like the Camerons) had a young family, Boris, whose children are grown up, will share the spacious living quarters with only his girlfriend, Carrie Symonds, 31. 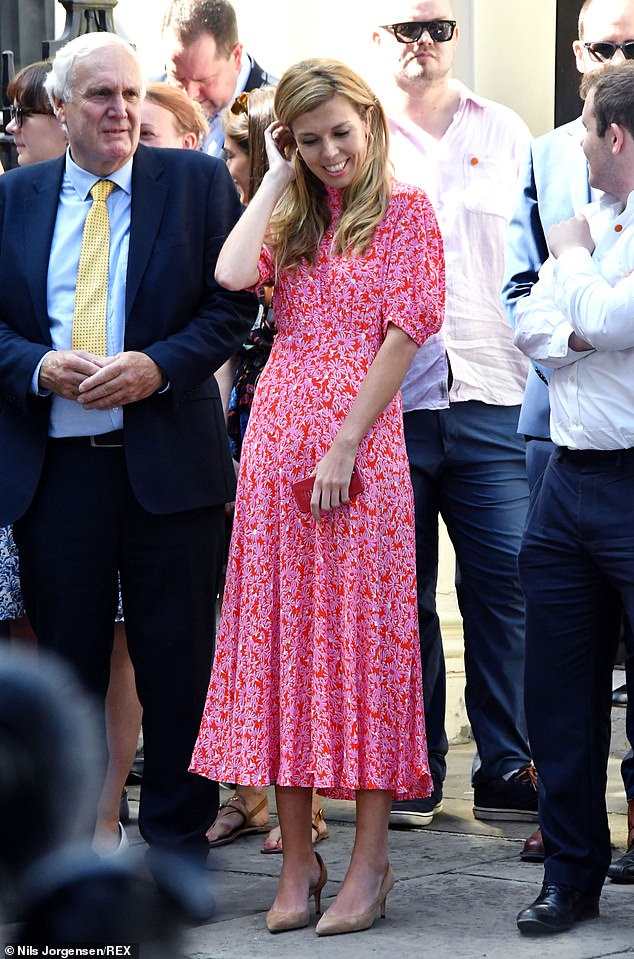 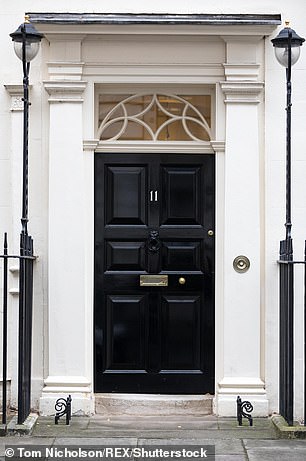 The front door next door: The less-photographed entrance to Number 11, Downing Street

Mr Javid by contrast has a wife and small children, who may struggle to squeeze into the two-bedroom apartment above his new HQ.

It is believed however that they will stay at the large family home in Fulham which features added security since he was made home secretary last year.

A source close to Mr Johnson confirmed his living arrangements, telling The Sun ‘Boris is only following precedent’.

The new PM is not expected to move in to Downing Street for a few days as the No11 flat has only just been vacated by Theresa and Philip May and was being given a deep clean.

The swap between the No10 and No11 flat was originally done by the Blairs in 1997, who had a large family unlike then Chancellor Gordon Brown, who was single.

The traditiona has been upheld by every Prime Minister since, with Gordon Brown and his wife Sarah, David and Samantha Cameron and their children, and Theresa and Philip May enjoying the more spacious home above Number 11. 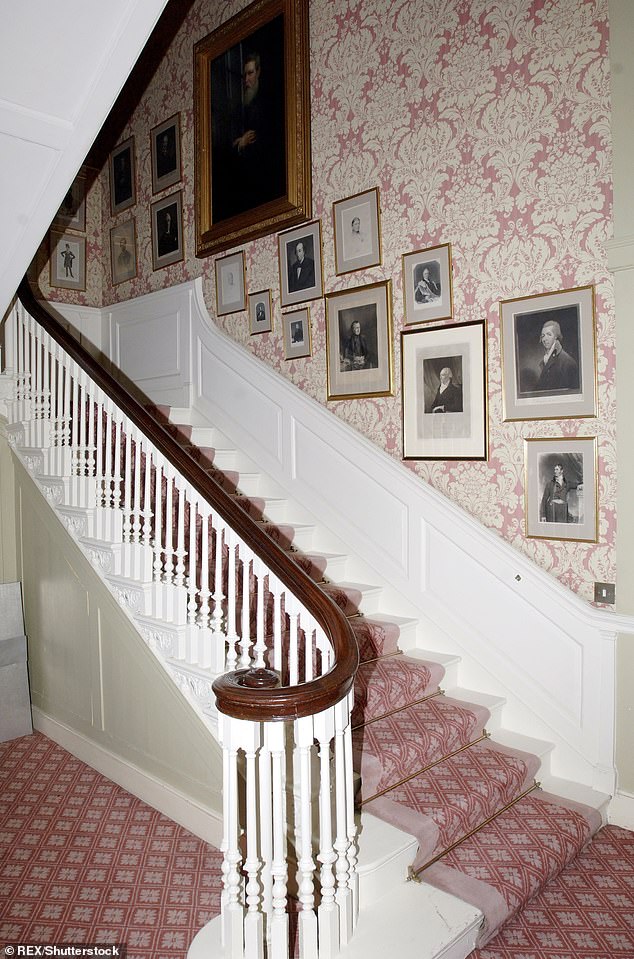 Heading upstairs: the staircase leading from the ground floor of Number 11, Downing Street, to the living quarters on the first floor 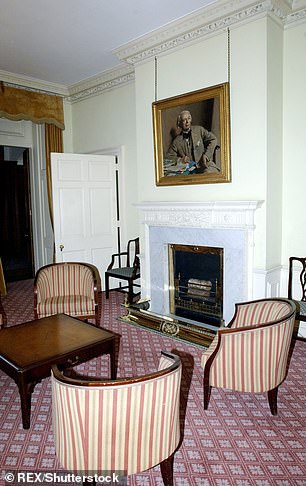 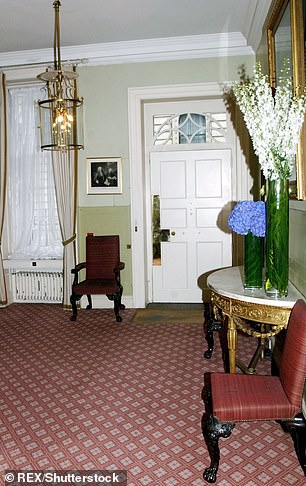 Pictured: the interior of the ground floor of number 11 Downing Street, where the Chancellor of the Exchequer works 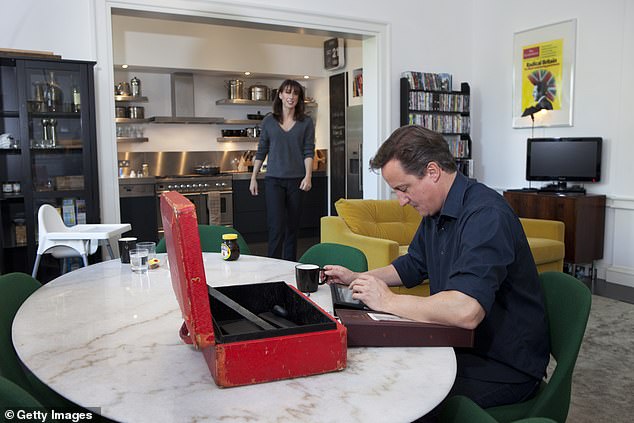 Bringing your work home: David Cameron working on one of his red boxes in the flat above Number 11, with Samantha Cameron in the kitchen