Boris Johnson and Jeremy Corbyn refused to back Prince Andrew when asked whether of not he is fit for purpose during their leadership debate.

During a quickfire round the last segment of the debate on ITV, the Prime Minister and Leader of the Opposition were asked about the Duke of York.

It comes as the prince is facing heavy criticism this week over his friendship with paedophile financier Jeffrey Epstein, who killed himself in prison.

Corbyn said: ‘Before we discuss Prince Andrew, I think we should discuss the victims that are there because of what Epstein was doing and I think there are very, very serious questions that must be answered and nobody should be above the law.’

Johnson said: ‘All our sympathy should be with the victims of Jeffrey Epstein and the law must certainly take its course.’ 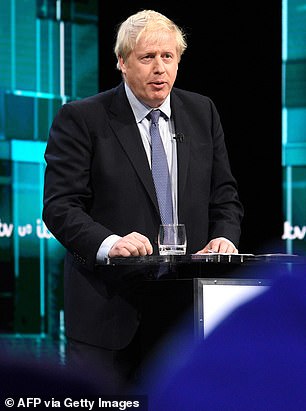 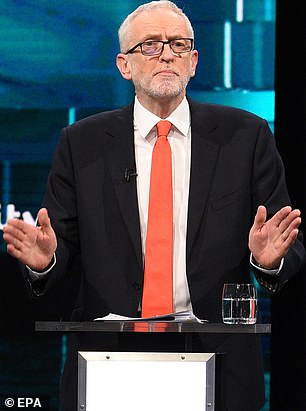 Corbyn fired back that it ‘needs a bit of improvement’ but Johnson followed with ‘the institution of the monarchy is beyond reproach’.

Since Andrew’s Newsnight appearance five huge names – including Aon and KPMG – dropped their financial backing for his charity. He spoke with Emily Maitlis in the interview, which aired on the BBC on Saturday.

In the interview, Andrew denied having sex with Epstein trafficking victim Virginia Roberts, who said she slept with when she was 17.

In his car crash interview, Andrew questioned whether a picture showing him with Ms Roberts – now Giuffre – was accurately showing him with his hand around her waist at the London home of Epstein’s girlfriend.

Viewers responded with fury at his claims, which included that he wasn’t sure whether it was taken in London because he wasn’t wearing a full suit.