Downing Street announced this afternoon that tonight’s 92nd briefing, chaired by the Prime Minister, will be the last regular appearance.

In future they will only be held when ‘significant announcements’ are to be made.

Mr Johnson launched the daily briefings in early March when the pandemic began to take hold.

It has allowed ministers and scientists to brief reporters and the public on developments.

But they have left ministers blinking in the headlights having to account for serious blunders.

Their disappearance may fuel critics who say that ministers are avoiding scrutiny as the UK heads cautiously out of lockdown.

Downing Street announced this afternoon that tonight’s Downing Street briefing, chaired by the Prime Minister (pictured today), will be the last regular appearance. 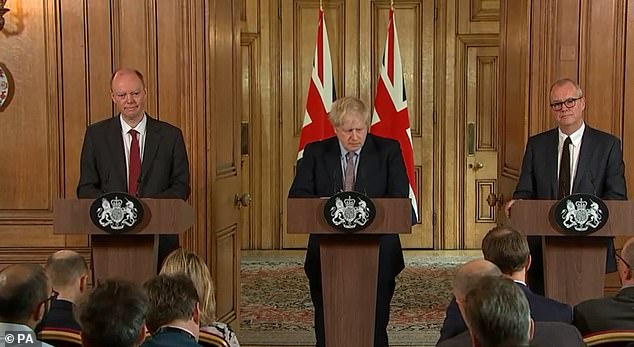 They were held seven days per week until May, when they were reduced to weekdays only.

A Downing Street spokesman said: ‘From today, the press conferences will no longer be daily.

‘We’ll continue to hold press conferences to coincide with significant announcements, including with the PM.

‘We will be publishing all of the data which has previously been included in the press conference slides on gov.uk every week day.’