Boris Johnson clashes with Theresa May over Windrush

Boris Johnson clashed with Theresa May yesterday after he demanded a broader immigration amnesty for Commonwealth migrants.

It is the second time in recent weeks that Mr Johnson has clashed with the PM in Cabinet.

Foreign Secretary Boris Johnson, pictured arriving at Downing Street yesterday, clashed with the Prime Minister over the handling of the Windrush scandal 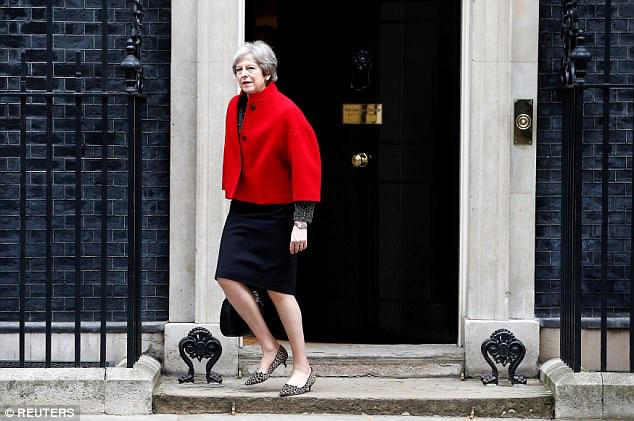 On Monday, Miss Rudd announced a package of measures following the Windrush scandal. She said West Indian migrants who came here before 1973 can get a free passport and be allowed to stay.

Those who arrived between 1973 and 1988 will receive less help – they will merely be able to access a helpline to secure their citizenship status.

According to The Telegraph, Mr Johnson argued that illegal immigrants from Commonwealth countries who have not committed a crime for more than ten years should be allowed to remain.

Yesterday ministers discussed the fallout from the Windrush scandal at Cabinet.

The Spectator reported that Mr Johnson made the point that there needed to be a broader immigration amnesty for long-standing Commonwealth migrants.

The Foreign Secretary argued that this was necessary to prevent others getting caught in the same situation in future – that is, having to produce large amounts of evidence to show they have lived here for years.

The amnesty that Mr Johnson had in mind would not apply to those with a criminal record.

According to The Spectator, Mrs May then ‘rather acidly’ remarked that the Foreign Secretary had previously called for an amnesty for all migrants.

He first applied for the amnesty in 2008 and again in 2016 when he privately proposed one for those who had been here for over a decade.

Last night a Whitehall source insisted the Cabinet discussion on Windrush was ‘not a tense one’, with Mr Johnson’s proposal discussed ‘briefly’.‘Boris is on the record as having quite liberal views on immigration and has called for an amnesty in the past,’ the source said.

‘Mrs May framed the argument as being about making sure members of the Windrush generation are properly treated, but also recognising that people have legitimate concerns about illegal immigration.’ It is understood Mrs May also ticked off ministers for briefing the Press over the customs union.