Boris Johnson is to give Britain’s treason laws the biggest shakeup since 1695 in a bid to counter the growing threat of hostile states like Russia and China.

In the wake of severe criticism from Parliament’s Intelligence Committee in the Russia report, increased hostilities with China and legal loopholes that could see returning IS fighters walk free, a ‘three-pronged attack’ is being drawn up by Ministers.

This would see a new Treason Act, a new Espionage Act to track foreign agents and influencers, and a rewriting of the Official Secrets Act ‘to make it fit for the digital era’.

Downing Street sources say the PM wants the new measures on the statute books ‘within months rather than years’.

The package of support for Britain’s security services will bring the UK in line with allies like America and Australia.

A Government source said: ‘We want to strengthen our response to reduce the threat posed by hostile state activity in the UK and make the UK a harder environment for adversaries to operate in.’

The Treason Act will see anyone who swears an allegiance to a foreign power or organisation criminalised if they operate in or attempt to enter the UK.

It would close the legal loophole that could see IS converts like Shamima Begum escape justice if they returned to the UK due to a lack of specific crimes committed domestically. 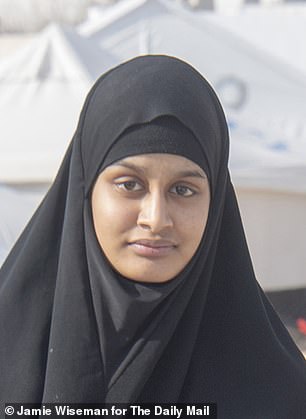 Meanwhile, the Espionage Act would create a register of foreign agents of influence operating in the UK as well as clamping down on British citizens aiding the nation’s enemies.

As well as tackling traditional spy activity, the security services want tougher measures to reign in British bankers, lawyers and services suppliers who work to flout weak current laws in order to aid hostile regime figures and foreign criminals at will.

Many of these measures were drawn up in 2019 by Sajid Javid, who sets out in today’s Mail on Sunday below the scale of the threat faced by Britain.

The Russia report revealed that since the Cold War ended, 96 per cent of British security capacity has gone towards tackling the threat of terrorism, with just four per cent countering hostile states.

But in his first response to the incendiary report, the former Home Secretary has launched a passionate defence of Britain’s security services, who were criticised by senior MPs.

On the multiple hostile state threats they are facing, Mr Javid says: ‘Our brilliant security services will always have to make difficult decisions in prioritising their efforts, but we can no longer afford to treat state threats and terror threats as an either/or.’

He adds: ‘It is crucial that we give the police and security services more legal tools. Too often, it feels as if our laws work against a common sense of justice and security.’

And Mr Javid urges more international cooperation by the ‘forces of freedom’.

SAJID JAVID: We must treat the threat of Chinese and Russian cyber attacks as seriously as we do terrorists

In the Cold War television thriller Deutschland 83, there’s a scene in which a young East German spy is ordered to photograph a report in the possession of Nato’s top analyst.

After breaking into his hotel room, the spy finds the report is stored on a floppy disk. Having sent it back across the Iron Curtain, the fiasco ends with his boss staring at the disk in bewilderment, asking his colleagues: ‘What the hell am I supposed to do with this?’

They hadn’t developed a computer that could read it. 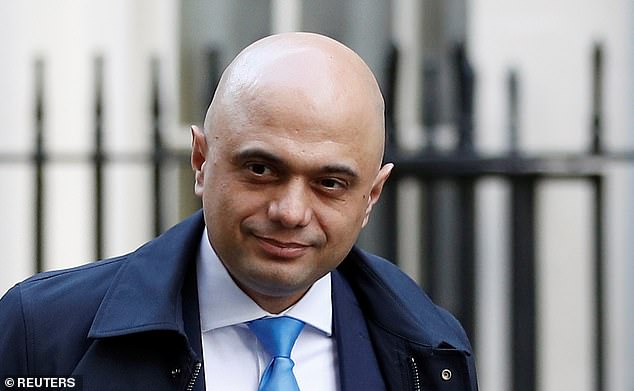 It is crucial that we give the police and security services more legal tools. Too often, it feels as if our laws work against a common sense of justice and security, writes Sajid Javid, pictured above

This is a quaint reminder of the days when technology worked to the West’s advantage and there were limited ways for foreign countries to interfere with domestic life.

That’s a bygone era, as made clear by the House of Commons Intelligence and Security Committee’s report on Russia’s activities.

I gave evidence to the committee and am not divulging any sensitive intelligence to say that it was right to conclude Russia’s cyber capabilities pose an ‘immediate and urgent threat to our national security’.

Since the 1990s, we have made well-intentioned attempts to work with Russian business and their government. This has spiralled into members of the Russian elite – with close links to Putin and his intelligence services – extending their influence across the British establishment and using London as a financial laundromat.

The prime duty of any government is to protect its citizens – but it’s not just the physical safety of British citizens that’s on the line. National security is a necessary first line of defence against those who seek to undermine the values that are the foundation of our society: fair play, tolerance and the rule of law.

We have sought to share these values with the Russian government and tried to integrate them into the international community.

But that good faith has been abused. The brazen attack on Salisbury with a deadly nerve agent showed that Putin’s regime has no intention of even pretending to abide by international norms.

Meanwhile, China’s behaviour in Hong Kong and its shocking oppression of minority Uighurs show that it can no longer expect to always be treated as a fair partner.

Their ambassador in London says the UK’s response to these events amounts to ‘interfering in China’s domestic affairs’. But hasn’t China been doing exactly that in the UK and around the world for years? 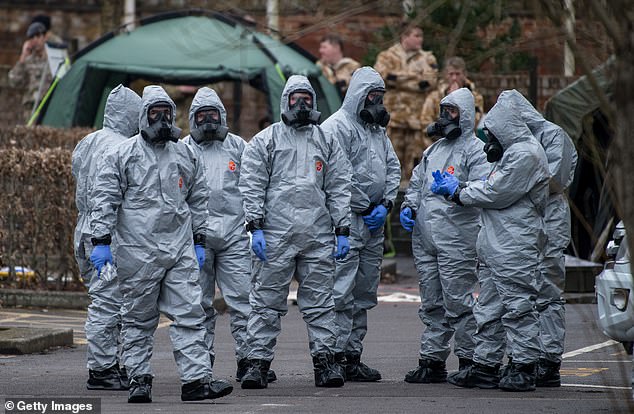 Similarly to Russia’s blurring of state and corporate activity, Beijing has been accused of using state-backed businesses to orchestrate the takeover of strategic UK companies. Where this fails, they have sometimes resorted to corporate espionage to get at sensitive information.

The arrest of a former Rolls-Royce engineer suspected of selling secrets to Beijing about Britain’s new F-35 stealth fighter jet is just one reminder of why we need to keep our guard up. So how do we step up our efforts to thwart the growing threat from hostile states?

I believe we need to take it as seriously as terrorism. That means more resources, more powers, and more international cooperation.

Our brilliant security services will always have to make difficult decisions in prioritising their efforts, but we can no longer afford to treat state threats and terror threats as an either/or.

It is crucial that we give the police and security services more legal tools. Too often, it feels as if our laws work against a common sense of justice and security.

The recent Court of Appeal decision on Shamima Begum is just the latest example.

Regardless of the final outcome of her case, once the teenager who went to join IS is back in Britain, it will prove impossible to subsequently remove her.

As for espionage and hostile state activity specifically, our laws are more suited to the era of floppy disks than the world of WikiLeaks.

That’s why, as Home Secretary, I warned about serious gaps in our powers and announced a new Espionage Bill to plug those holes and give our security services the legal authority they need to tackle the threat.

This kick-started work in three related areas. First, a requirement for foreign agents to register upon arrival, making it far easier to prosecute those that try to fly under the radar.

And third, repurposing our ancient treason laws to cover Britons who operate on behalf of a hostile nation or go abroad to fight alongside terrorist groups.

But we cannot do this alone. If the forces of freedom are divided, the forces of authoritarianism will rule. That’s why it’s vital we bolster alliances with all those who share our values, starting with a strategy of solidarity between our Five Eyes partners – Australia, Canada, New Zealand and the United States of America.

We must also extend a hand to other like-minded nations such as Japan and South Korea, and encourage some EU members to be less neutral in this battle of values.

In these turbulent times, it’s understandable to feel anxious about the power shifts in the world. However, the Five Eyes and our freedom-loving allies are more than capable of rising to the challenge.

A fist is stronger than five fingers. If we unite together, domestically and internationally, I wouldn’t bet against us.