Boris Johnson will today reunite with the Labour politician who chaired the Leave campaign to warn that Brexit is at risk unless voters back the Conservatives next month.

The Prime Minister will join fellow Vote Leave leaders Michael Gove and Labour’s Gisela Stuart on stage for the first time since the 2016 referendum.

Mr Johnson, Mr Gove and Mrs Stuart – who stepped down at the 2017 election – will warn that failure to secure a Tory majority at the election would mean the end of Brexit. A Tory source said: ‘It’s about reminding people why they voted Brexit and warning them that all that could be at risk unless there is a Conservative majority.

‘But it applies to anyone who believes in democracy and wants to see that referendum result delivered.’

A major YouGov poll has forecast a 68-seat Conservative majority. But the findings were dismissed by senior Tories, who fear they could feed complacency about the result – and make it harder to persuade lifelong Labour Leavers to back the Conservatives.

There were also fears that the Brexit Party could still cost the Tories at least a dozen seats by splitting the Leave vote in Labour marginals. The Prime Minister’s chief adviser, Dominic Cummings, said the true state of play was ‘much tighter’ than the polls suggest.

In an online message to Vote Leave supporters on Wednesday night, Mr Cummings said it was time to ‘send up a bat signal’– a reference to the distress sign used to summon Batman.

He wrote: ‘Days after the 2016 referendum, I emailed all of you to say thanks for your heroic efforts. I also said if Brexit is in danger then I will send up a ‘bat signal’. Here we go…’

The danger was underlined yesterday when shadow international trade secretary Barry Gardiner suggested the poll showed that Labour Leavers need not bother voting Conservative as Mr Johnson was on course to win the election.

Encouraging disaffected Labour supporters to abstain, he said: ‘For those who were thinking of voting Conservative, I hope this poll gives them great comfort, they sit back and they say “I don’t need to go out and vote on polling day because it’s wet and it’s windy”.’ 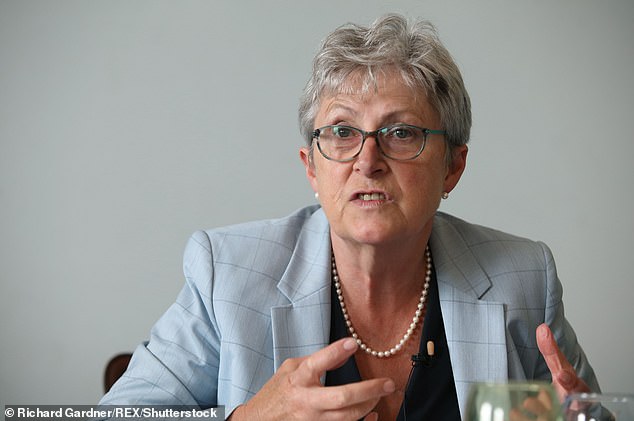 Mr Johnson, Mr Gove and Mrs Stuart (pictured) – who stepped down at the 2017 election – will warn that failure to secure a Tory majority at the election would mean the end of Brexit 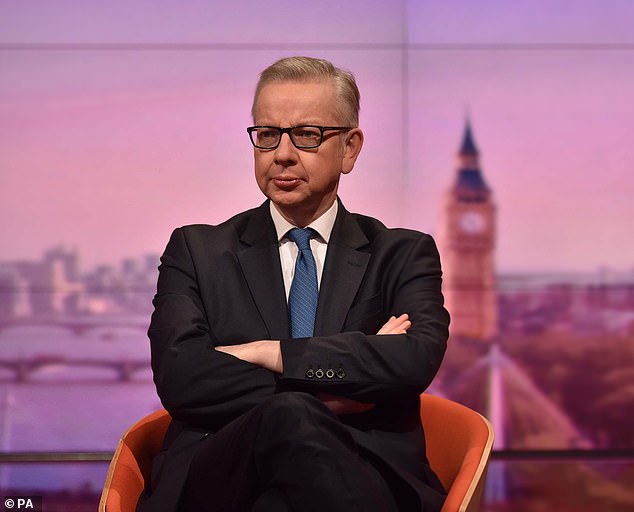 A major YouGov poll has forecast a 68-seat Conservative majority. But the findings were dismissed by senior Tories, who fear they could feed complacency about the result (Pictured: Michael Gove)

The YouGov poll for The Times predicted the Tories would make major gains in Labour’s so-called ‘Red Wall’ of seats stretching across the Midlands and North. The study, based on interviews with 100,000 people, forecast the Conservatives would win 359 seats, Labour 211, the SNP 43 and the Liberal Democrats just 13.

Labour sources suggested the party would ‘change strategy’ in order to try to shore up support in its northern heartlands. They said the party would emphasise Labour’s commitment to securing a new Brexit deal and giving voters a choice in a fair referendum.

Eurosceptic voices, such as party chairman Ian Lavery, would make prominent appearances in pro-Leave areas during the closing fortnight of the campaign. The party is also expected to try to drag the debate back to ‘bread and butter’ issues, such as the NHS, childcare and bus services.

Unite boss Len McCluskey, whose union has handed Labour £3million during the election campaign, told BBC Radio 4’s World at One: ‘We need to explain to working class communities considering voting for the Conservatives that, whatever their concerns, if there is a Tory government those concerns will stay the same.

Only Labour has the policies to deal with the concerns of left-behind towns and deal with the greedy bosses using migrant labour to undercut wages.’

In an email to union members last night, Mr McCluskey claimed voting Labour would bring an ‘end to freedom of movement when we leave the European Union’ – despite the fact the party’s manifesto pledges to ‘protect’ free movement rights.

The YouGov poll revealed that the Brexit Party continues to pose a threat to a Tory majority, despite Nigel Farage’s decision to withdraw his candidates from 317 Conservative-held seats.

In an interview with ITV last night, Mr Johnson played down suggestions he was on course for a big win and warned of an alliance between Labour’s Jeremy Corbyn and the SNP’s Nicola Sturgeon.

He insisted: ‘I think it’s a very tight race.’ Mr Johnson said a hung parliament would lead to more ‘paralysis’ and a second Brexit referendum would offer voters a false choice.

He added: ‘The Corbyn deal, when you dig into it, what is it? It’s actually remaining in the EU in all but name… So the risk is that you’re going to have in a referendum next year… two varieties of Remain – one worse than the other.’