Boris Johnson takes to anti-pirate boat on trip to Nigeria

Boris Johnson was pictured racing across water in an anti-pirate vessel alongside Navy personnel during a trip to Nigeria.

He can be seen taking the wheel on the boat, which scrapes his trademark hair behind him as the boat speeds along.

The foreign secretary was then snapped sneaking a stout as he supped Guinness during the official visit with aid secretary Priti Patel. 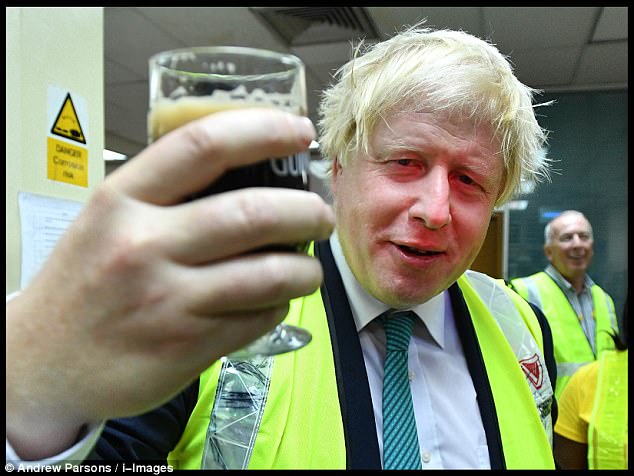 They travelled to the heart of territory dominated by Boko Haram insurgents to announce £200million for Nigeria’s fight against terror and famine.

Islamist militants Boko Haram has increasingly used child suicide bombers and targeted civilians in its eight-year insurgency which has left at least 20,000 dead and displaced more than 2.6 million. 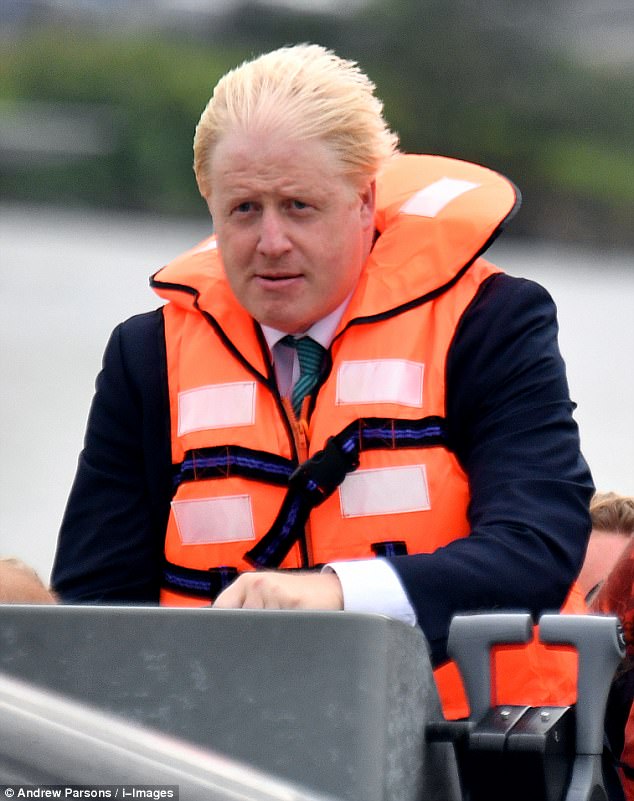 Around 1.5million Nigerians face famine as a result of the bloody fighting and the UK aid with pay for treatment for 120,000 children at risk of malnutrition and assisting 100,000 children with education needs.

Mr Johnson said: ‘In Maiduguri I met casualties of Boko Haram violence, including bomb and gunshot victims, and saw for myself the displacement of people that brutality and poverty have created. 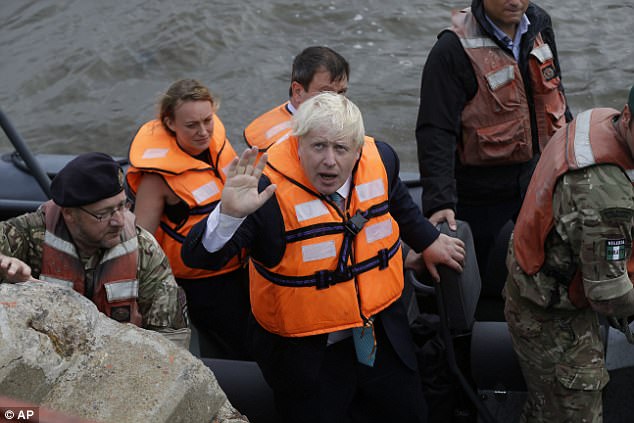 Boris Johnson met with Navy personnel, who treated him to a ride on their anti-pirate vessel

‘Our military, diplomatic and development assistance is making a big difference. The British military has to date trained 28,000 Nigerian troops, equipping them with skills to turn the tide against Boko Haram, while our humanitarian aid is alleviating widespread suffering.

‘This is about helping a Commonwealth partner in its time of need as well as addressing the root causes of international challenges such as migration.’

He also used the visit to call for closer trade links between Britain and Nigeria, which he said would help to ‘secure a prosperous future for our two countries’.

And he formally dedicated a new Commonwealth war memorial at the National Military Cemetery. 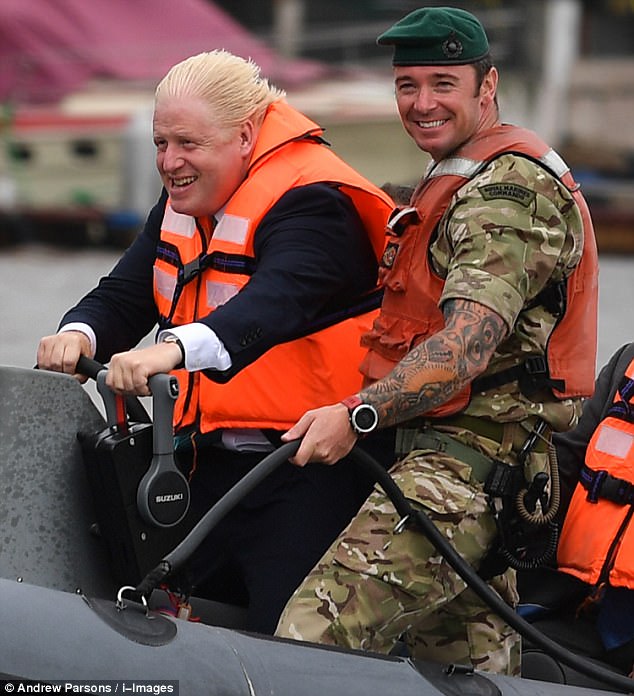 The foreign secretary takes control of the boat in Nigeria, where the Navy is helping Nigerians fight off pirates 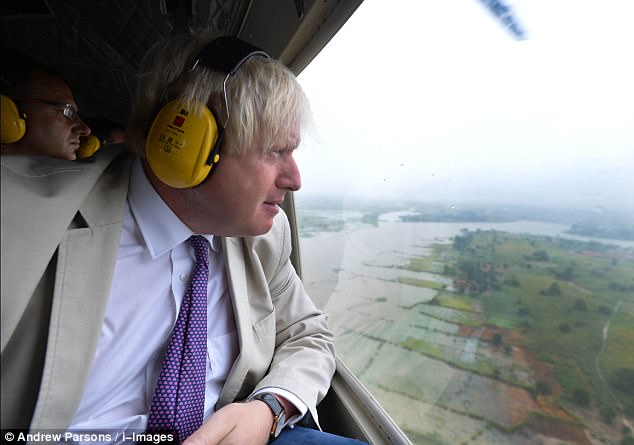 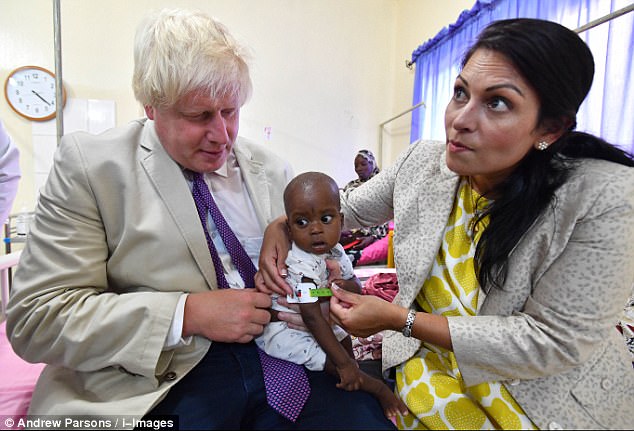 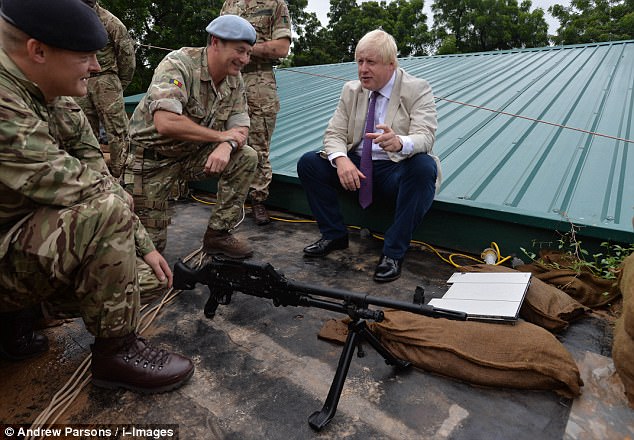 Mr Johnson visited members of the British Armed Forces at their HQ in Maiduguri, Nigeria, yesterday (pictured) to announce a new aid package

Mr Johnson said: ‘Our military links are close and longstanding.

‘I am honoured to have dedicated the new Commonwealth war memorial to the memory of the thousands of Nigerians who fought side-by-side with Britain in the First and Second World Wars.

‘And today, British military training is helping Nigeria to take on Boko Haram and to fight back against piracy in the Gulf of Guinea. 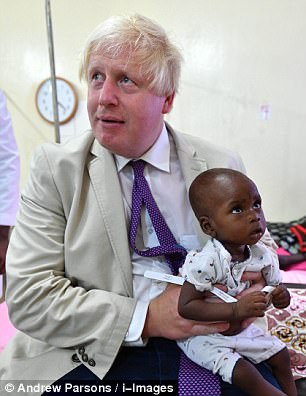 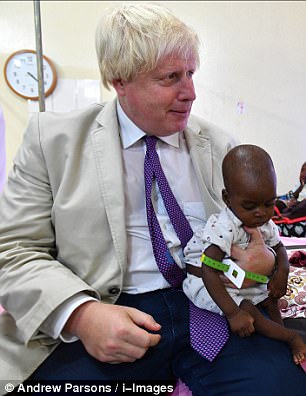 Mr Johnson said he had seen first hand the displacement of people that brutality and poverty have created (including at The University of Maiduguri teaching Hospital, pictured) 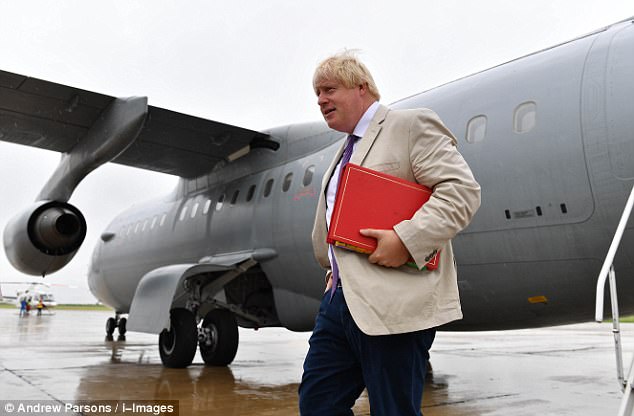 ‘This close military cooperation is the cornerstone of our joint efforts to defeat terror and to create the conditions for peace, stability and prosperity.’

‘Babies’ bodies are shutting down and mothers who have lost everything are fighting to keep their children alive.

‘Global Britain is a country that stands tall in the world and the UK will not turn its back on people living in danger and desperation.’

The uprising by Boko Haram, which is seeking to impose hardline Islamic law in Nigeria’s mainly Muslim north, has included a campaign of civilian kidnappings.

More than 200 schoolgirls were abducted by Boko Haram from their school in the remote town of Chibok in April 2014.

A total of 106 of the kidnapped girls have been released, rescued or escaped after more than three years in captivity, while 113 are still being held.