Boris Johnson is set to postpone Government plans to decriminalise non-payment of the BBC licence fee, according to reports.

Ministers have been consulting on the issue but they are now expected to pause any changes until 2022 at the earliest.

The apparent decision to shelve the plans comes after Dominic Cummings, a critic of the BBC, formally left the Government last week after losing a Number 10 power struggle.

Any decision not to go ahead with the plans to decriminalise non-payment will represent a massive victory for the BBC.

The broadcaster has previously warned that loosening the rules on non-payment could cost it £1billion over five years.

Such a loss in funding, triggered by people refusing to pay and running the risk of being hit with a civil fine but nothing more, would likely result in the broadcaster having to make massive cuts to programming.

The results of a Government consultation on the issue are expected to be published in the coming weeks.

The outcome of the consultation is likely to be that decriminalisation is being parked, with the issue potentially being looked at again in 2022, according to The Telegraph.

The licence fee level, currently set at just under £160 a year, is due to be reviewed next in 2022 and it is thought the decriminalisation issue could be looked at at the same time.

Culture Minister John Whittingdale hinted at shelving the plans last week as he told MPs: ‘I think there is an argument for considering this particular aspect of the licence fee as part of the wider considerations of what should happen to the licence fee at the next settlement. 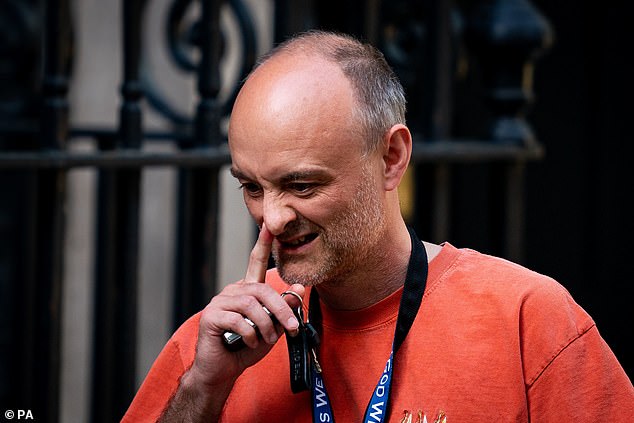 ‘The Government has not decided to drop the idea of decriminalisation, but when you come to look at this issue in greater detail it becomes clear that it is not as simple as perhaps was first suggested.’

Shelving the planned decriminalisation of non-payment of the licence fee would represent a significant change of tack from Number 10.

Mr Cummings is said to have wanted sweeping changes to be made at the BBC.

The now ex-chief aide to Mr Johnson was part of a Number 10 operation that imposed a boycott on certain BBC shows due to allegations of left-wing bias.