Boris Johnson has vowed to end the witch-hunt against Northern Ireland veterans and review the HS2 high-speed rail link as he prepares to embark on a policy blitz as soon as he enters No 10.

Sources close to the new PM said he will use his speech on the steps of Downing Street this afternoon to kickstart his domestic agenda.

Ahead of his first day in office, Mr Johnson yesterday began laying out a slew of policies – declaring that his priorities would include education, infrastructure and policing.

Mr Johnson told the 1922 committee of backbenchers that it was time to ‘put a stop’ to prosecution of troops over historic incidents during the Troubles. 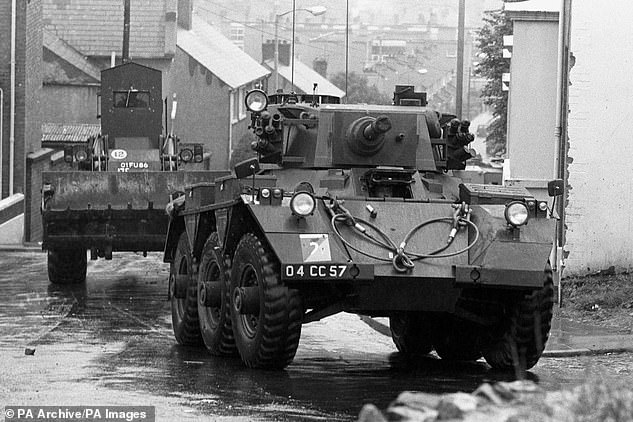 Mr Johnson’s commitment was welcomed last night by MPs who have been campaigning on the issue. The Troubles cost thousands of lives including British soldiers and civilians on both sides between the late 1960s and late 1990s. 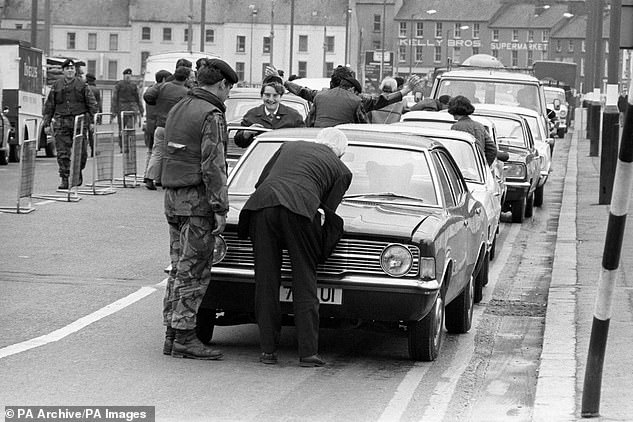 The situation was only improved by the 1997 Good Friday Agreement signed by the British and Irish Governments.

According to one of those present, he said: ‘This issue cropped up again and again in the hustings around the country. Unless there is absolutely compelling new evidence it is totally wrong that these people who served their country should be investigated and re-investigated. When I am Prime Minister I am going to put a stop to it.’

Mr Johnson’s commitment was welcomed last night by MPs who have been campaigning on the issue.

Former armed forces minister Mark Francois said: ‘We all know this has gone on for too long and our Prime Minister-elect was unequivocal that he will end this practice.’ 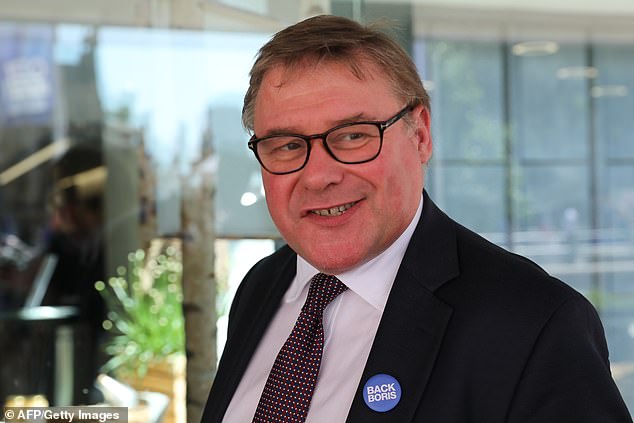 Former armed forces minister Mark Francois (pictured) said: ‘We all know this has gone on for too long and our Prime Minister-elect was unequivocal that he will end this practice’ 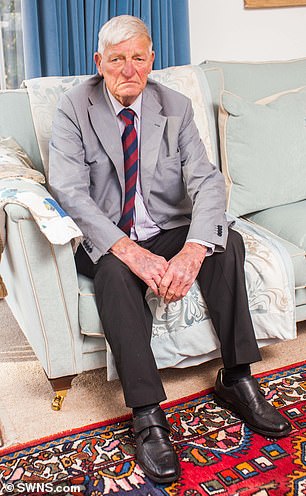 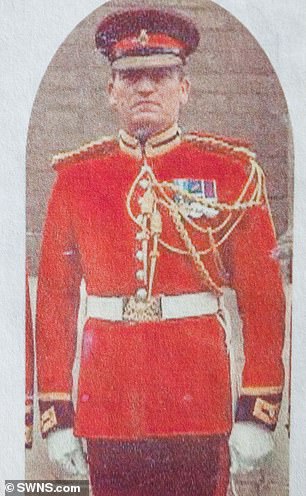 Dennis Hutchings, 78, (left, in June) is a former member of the Life Guards regiment and was investigated over a 1974 shooting in Northern Ireland. He is seen on the right in his Army uniform

Mr Johnson was also asked at the meeting to scrap HS2. He declined, saying he instead planned to hold a review of the high-speed rail link.

The project has been criticised for its spiralling costs, which it is now thought could be some £30billion more than expected.

In his speech after winning the Tory crown by a landslide yesterday, Mr Johnson pledged:

In the speech he said: ‘Like some slumbering giant, we are going to rise and ping off the guy ropes of self-doubt and negativity, with better education, better infrastructure, more police, fantastic full-fibre broadband sprouting in every household – we are going to unite this amazing country and we are going to take it forward.’

Mr Johnson has also promised to tackle the social care crisis, although aides last night said he was yet to decide on the details of what he planned to announce on that issue today.

It has been suggested that among the plans Mr Johnson is considering is a new savings scheme where over-40s would be asked to pay 2.5 per cent of their salary into a fund to help cover the costs of their care in old age.

Mr Johnson’s other main pledge of the campaign has been to cut taxes for middle earners on less than £80,000, although this was not mentioned yesterday.

The new PM has already faced pressure on HS2 amid growing controversy about the project. 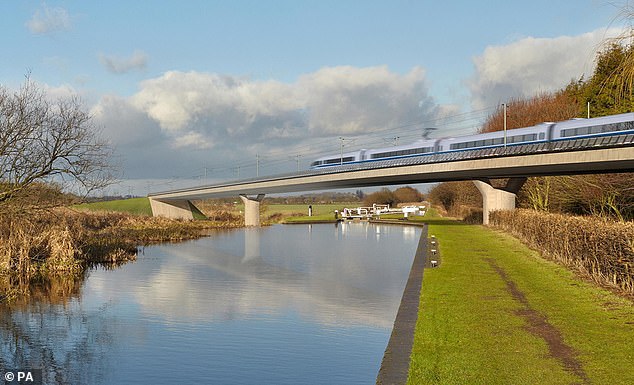 The new PM has already faced pressure on HS2 amid growing controversy about the project (pictured). At the weekend it was claimed Allan Cook, HS2’s new chairman, had written to the Department for Transport to warn the final cost could end up being between £70billion and £85billion. The original budget was £55.7billion

At the weekend it was claimed Allan Cook, HS2’s new chairman, had written to the Department for Transport to warn the final cost could end up being between £70billion and £85billion. The original budget was £55.7billion.

The first phase of HS2 between London and Birmingham is planned to open by December 2026, while a second phase taking the line north to Crewe, Manchester and Leeds will launch in two stages in 2027 and 2033.

Ahead of yesterday’s announcement of the results of the leadership contest, CBI director general Carolyn Fairbairn warned there should be ‘no equivocation on essential national infrastructure from HS2 to Heathrow’.

Mr Johnson has previously opposed plans to expand the airport with a third runway.

But yesterday its boss John Holland-Kaye said it was a done deal which was backed by Parliament last year, which the new Prime Minister could not block.

He added: ‘It’s actually a fait accompli now. The vote in Parliament with nearly a four to one majority means this is now happening.’