Boris Johnson vows to give every home fast broadband by 2025

The field of Tory leadership challengers has been whittled down to six after three candidates were ousted at the first ballot of MPs on Thursday and Matt Hancock opted to withdraw on Friday.

Those still standing now have two days in which to persuade more of their Conservative colleagues to back their bids before the second round of voting takes place on Tuesday.

At this point the race is entirely about momentum. Boris Johnson has cemented his status as the prohibitive favourite after he secured 114 votes – enough to effectively guarantee he is one of the final two candidates.

But for the remaining five candidates, it is all still to play for.

Four Tory leadership challengers are now out of the race for Number 10. Esther McVey, Andrea Leadsom and Mark Harper were eliminated in the first round of voting while Matt Hancock has chosen to withdraw from the race

What happens on Tuesday?

Tory MPs will vote for the second time in what is likely to be a make or break moment in the race to succeed Theresa May.

There will be six candidates to choose from but only Mr Johnson will have any certainty about making it to the next stage.

Anyone not named Mr Johnson will now have the same goal: To finish in second place and make it onto the final ballot paper alongside Mr Johnson.

Jeremy Hunt came second in Thursday’s vote with the support of 43 of his colleagues.

But none of the other remaining candidates are too far behind and all of them will be hopeful of hoovering up at least some of the MPs who backed the four candidates who are no longer in the race.

They will need at least 33 votes to progress to the third vote but if all of the six candidates manage to get past that threshold, whoever has the fewest votes will be eliminated. 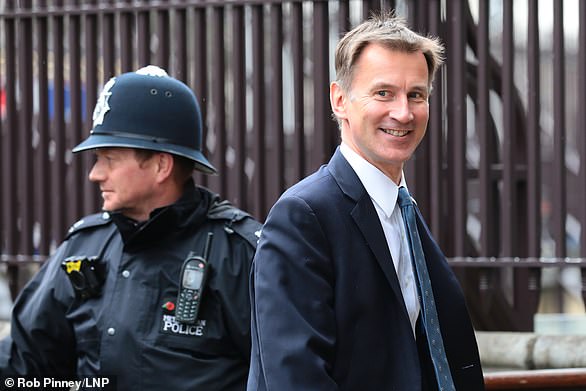 What happens after the second round of voting on Tuesday?

It is the job of Tory MPs to cut the list of candidates to two and after Tuesday’s vote there will then follow further ballots on Wednesday and, if necessary, on Thursday, until the chosen pair remain.

The number of further ballots needed will be determined by whether trailing candidates opt to withdraw from the contest.

What happens once there are two candidates left?

Conservative Party members will be asked to choose who they want to be their next leader.

The final two will have to face 16 leadership hustings events across the nation with the first due to be held in Birmingham on June 22 and the last one taking place in London in the week starting July 15.

Ballot papers are expected to sent out to members between July 6-8.

The overall winner of the contest is due to be announced in the week of July 22.

Who could the MPs who supported the four eliminated candidates now back?

Dominic Raab, who finished fourth with 27 votes, will be hopeful of securing the support of many of the MPs who backed Esther McVey and Andrea Leadsom.

Both have advocated a similarly hardline approach to Brexit as Mr Raab but Mr Johnson will also have his eye on winning over a lot of their backers with his own pledge to deliver Brexit on October 31.

The 10 MPs who backed Mark Harper, a candidate with a softer approach to Brexit, will be targeted by the likes of Mr Hunt and Sajid Javid.

Mr Javid will also be hopeful of securing the support of the 20 MPs who backed Mr Hancock. 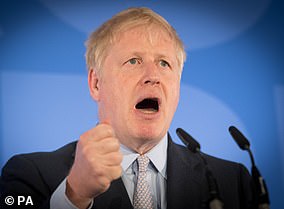 So does Boris have it sewn up?

Previous Tory leadership contests have shown that the person who leads the race at the start of the process does not always finish in first.

Leadership campaigns are also volatile and it is distinctly possible that an unforeseen event in the coming weeks could radically shake up the battle for Number 10.

Mr Johnson is in pole position but there is still plenty of time for that to change.