Boris Johnson was convinced that his dog Dilyn had contracted coronavirus in the early days of the pandemic, Matt Hancock’s diaries reveal.

The former Prime Minister is said to have believed his Jack Russell-cross battled the disease at the same time as he did, in March 2020.

Mr Hancock wrote in his diary that Mr Johnson went as far as to consult the country’s top scientists about Dilyn’s condition, asking if he needed a human antibody test.

‘There was a long, awkward pause while Patrick Vallance [chief scientific adviser] and the Prof [Chris Whitty, chief medical officer] tried to work out whether he was joking or whether we needed to summon the chief vet to provide a considered response,’ Mr Hancock wrote. ‘Eventually the Prof broke the silence. “I don’t know if the human antibody test would be suitable,” he replied diplomatically.’

Boris Johnson was convinced that his dog Dilyn had contracted coronavirus in the early days of the pandemic, Matt Hancock’s diaries reveal

Some dogs have caught Covid, but it is very rare.

Despite repeated reassurances from the UK Government and the UK Health Security Agency that the chances of pets contracting Covid were slim, there were some notable cases of animals getting the disease during the pandemic.

The first pet to test positive for Covid was a 17-year-old Pomeranian dog in March 2020, which had just arrived in Hong Kong. It later died.

Scientists from the Ralph Veterinary Referral Centre in Marlow, Buckinghamshire, confirmed two Covid infections in cats and one in a dog between January and February of 2021.

The dog is said to have suffered from lethargy, loss of appetite and diarrhoea during its infection.

A sphynx cat suffered fainting or passing out when it had the virus, while a domestic shorthair was reported to be lethargic. However, the UK Government confirmed the first case of a pet dog with Covid on November 3 2020. 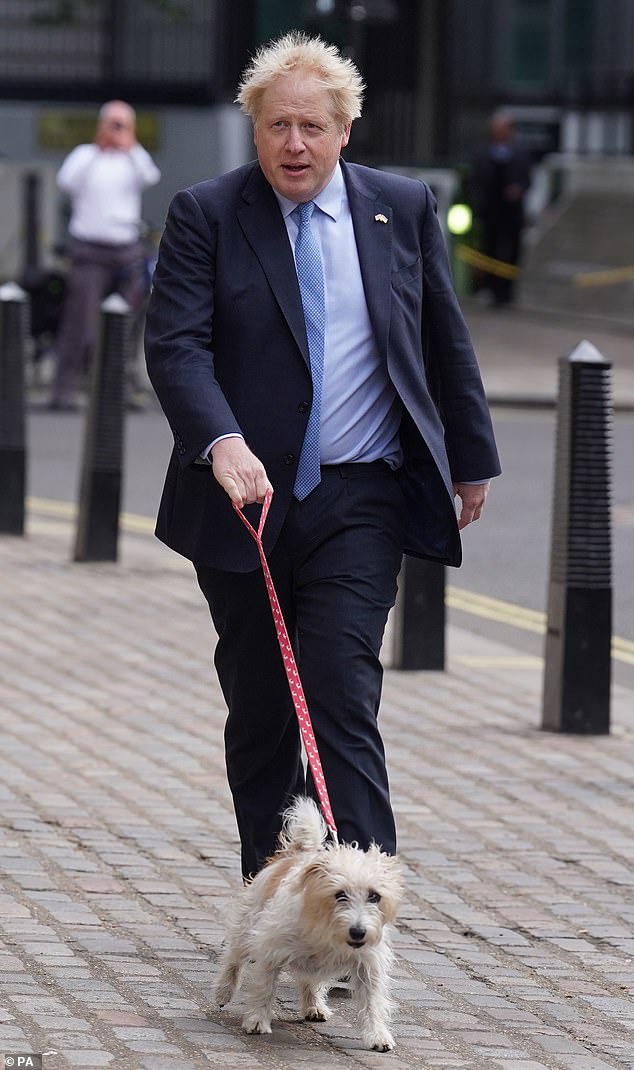 The former Prime Minister of Britain arriving with this dog Dilyn to vote at Methodist Central Hall, central London, in the local government elections on May 5