Boris Johnson warned Britain to ‘prepare for a No Deal Brexit’ last night in the hope of winning concessions from the EU.

But as he revealed his Brexit blueprint, he was warned he faces a mutiny from Tory Remainers which could force him from office within months.

In the most detailed explanation of his plans so far, Mr Johnson told the BBC that Theresa May’s Brexit deal was ‘dead’ – but insisted his ‘positive energy’, coupled with the threat of No Deal and the withholding of the £39billion divorce payment could persuade the EU to back down in key areas.

In the most detailed explanation of his plans so far, Mr Johnson told the BBC that Theresa May’s Brexit deal was ‘dead’, as he unveiled his alternative

The Tory leadership frontrunner said he would engage in ‘creative ambiguity about when and how’ the divorce payment is made.

He insisted a new deal could be struck in time to take Britain out on October 31. And he said the EU would agree to a Brexit transition even in the event of No Deal – something Brussels has strenuously denied.

But he said it was ‘common sense’ to ‘prepare confidently and seriously for a No Deal outcome’, as this was the best way of securing concessions from the EU.

Earlier former Tory chancellor Kenneth Clarke warned that he would be willing to join forces with Labour to vote down the Government if a new prime minister tries to take Britain out of the EU without a deal.

Defence minister Tobias Ellwood added that a dozen Tory MPs were prepared to deploy the nuclear option – easily enough to defeat the Government, which has a working majority of just four.

Meanwhile in the Commons, Theresa May warned elements of Mr Johnson’s Brexit plan were unworkable, saying it would be impossible to have a Brexit transition if Britain leaves without a deal on October 31.

And the Attorney General Geoffrey Cox undermined another element of Mr Johnson’s plan by warning that it may be impossible to continue with tariff-free trade with the EU in the event of No Deal.

Mr Clarke issued a public warning to Mr Johnson, saying he was ‘talking nonsense’ about Brexit. He acknowledged a vote of no confidence ‘might trigger an election, it might trigger a change of government without an election under the law we now have’.

But he added: ‘I am not going to vote in favour of a government that says it is going to pursue policies which are totally incompatible with everything the Conservative Party has stood for under all those prime ministers for the decades that I have been in Parliament.’ 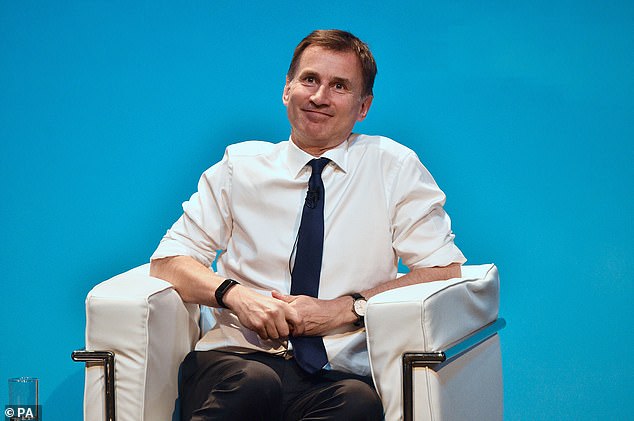 And Mr Ellwood said it was ‘absolutely the case’ some Tory MPs, including ministers, were prepared to risk defeating the Government to prevent No Deal.

He told the BBC’s Panorama: ‘I think a dozen or so members of Parliament would be on our side, would be voting against supporting a No Deal and that would include ministers as well as backbenchers.’

Mr Johnson continued to insist yesterday that he would not ‘bottle’ Brexit.

In a video message posted by his campaign, he said it would be possible to negotiate a free trade deal during the ‘implementation period’ that would follow the UK’s departure.

He said: ‘You reserve the payment of the £39billion. That is in the context of the Free Trade Agreement, that we’ll negotiate in the implementation period, after we’ve come out on October 31.’

Tory MP Johnny Mercer, who is backing Mr Johnson’s leadership bid, dismissed the idea that Tory MPs would ever vote to bring down the Government.

He added: ‘MPs will say now that they will do a number of things. But when reality bites and they see they would bring about a Marxist Corbyn government they will back down and we will grit our teeth and get this No Deal done, if it is necessary.’