Fears over a hike in interest rates have sparked a rush in consumers locking into low-cost credit card and home loan deals.

Borrowers worried about the spiralling cost of their debts if the Bank of England increases rates in May as expected have been snapping up what many believe could be the last chance for a good deal.

This is up 4.6 per cent on a year earlier, and suggests families are scrambling to get a good fixed rate while costs are relatively low.

Meanwhile, there were £1.6billion of credit card balance transfers in January – the highest figure since March 2006.

Balance transfers allow borrowers to move their debt from a credit card which charges high interest rates onto one where the rate is lower, often set at 0 per cent for a fixed number of months, saving them money.

But the surge is likely to raise concerns they are desperately looking for new deals to put off paying the money back.

Around £29.4billion of credit card borrowing is sitting on interest-free cards, according to personal finance expert Andrew Hagger – 44 per cent of total balances.

However, experts are concerned that switching simply puts off the inevitable and a crash will eventually come. 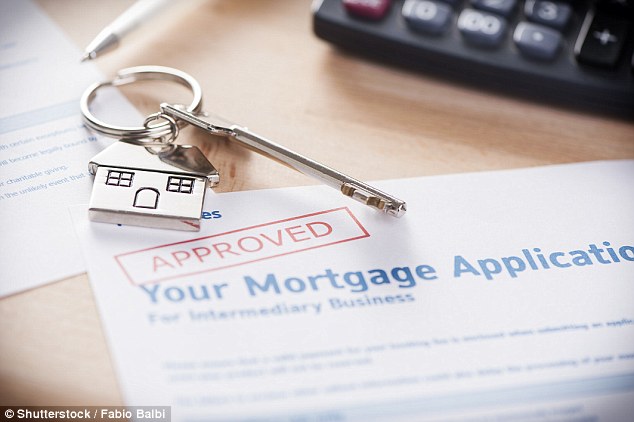 Meanwhile, consumers and businesses both cut back on unsecured borrowing for the first time in more than four years, in a bid to stop taking on fresh debt before rates rise.

Market watchers are braced for the Bank of England to hike interest rates from 0.5 per cent to 0.75 per cent in May as the era of easy money which started after the financial crisis finally comes to an end.

The pay squeeze is also thought to have played a role in cutbacks, with inflation running above wage growth since early last year.

‘Families could also be starting to feel the pinch a little bit more with wages struggling to increase as quickly as prices.

‘Remortgaging or flipping your credit card is a fairly straightforward way of trying to squeeze out a few extra pounds each month.’

Many analysts now expect them to rise by 1 per cent in the next two years – a jump which would add £930 annually to the typical fixed rate bill paid by more than 4.5million households, according to research by Savills.

The impending rate hikes seem to have put house buyers off too, with less than 29,000 new mortgages approved in January, down 5 per cent on the previous year.

Borrowers cut back on consumer credit too – which includes credit cards overdrafts and personal loans – for the first time in more than four years, with a drop of 0.2 per cent.

Business borrowing shrank by 1.4 per cent in its sharpest fall since February 2015.

The balance transfer boost comes as banks start to ditch their most generous deals.