Dele Alli wriggled between two yellow-shirted defenders, drew in a third and found Heung-min Son who curled a shot into the top corner to cleanse all the pain of defeat in a North London squabble.

What a difference a goal makes. What a decent 45 minutes can make, for that matter.

Mauricio Pochettino’s team had been subdued in the first-half, trailing at the interval to a goal by Pierre-Emerick Aubameyang who always manages to make Spurs uncomfortable with his electric pace. 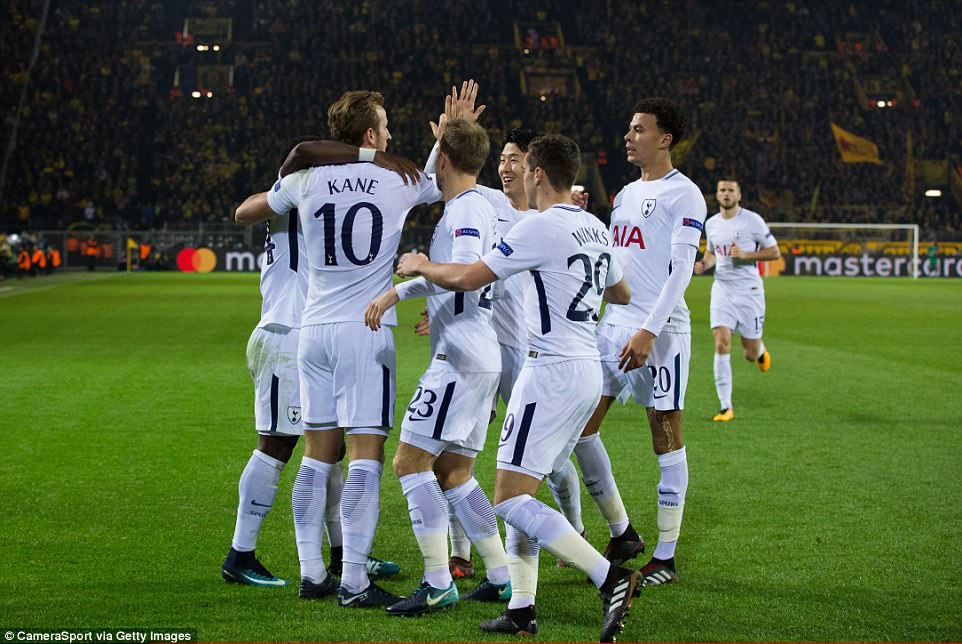 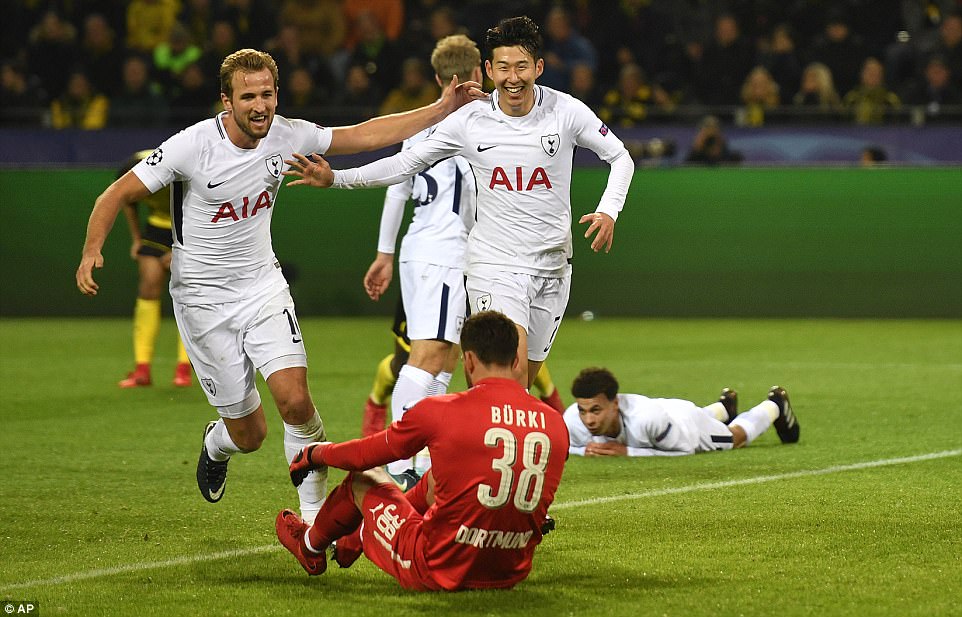 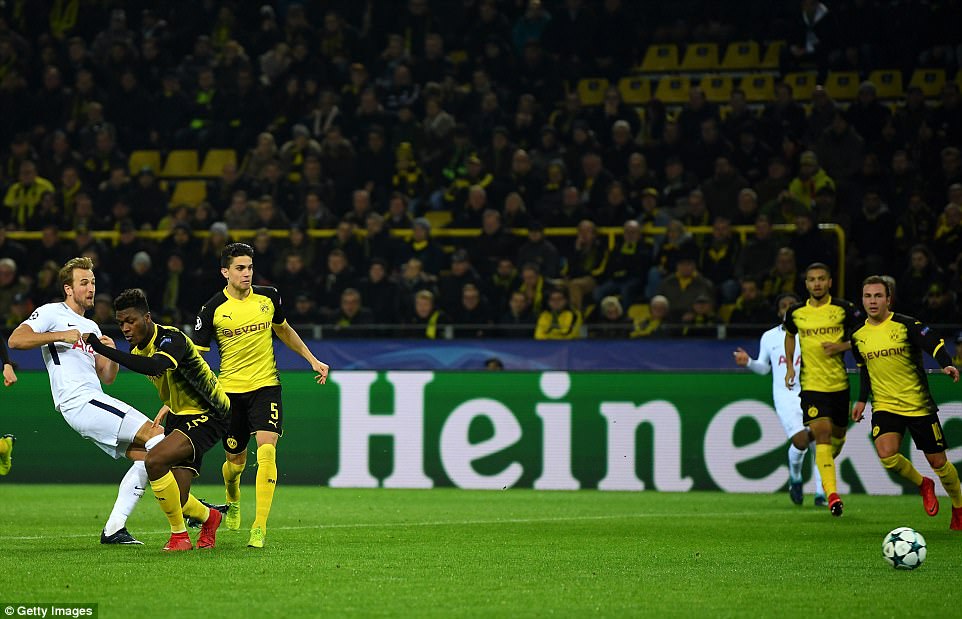 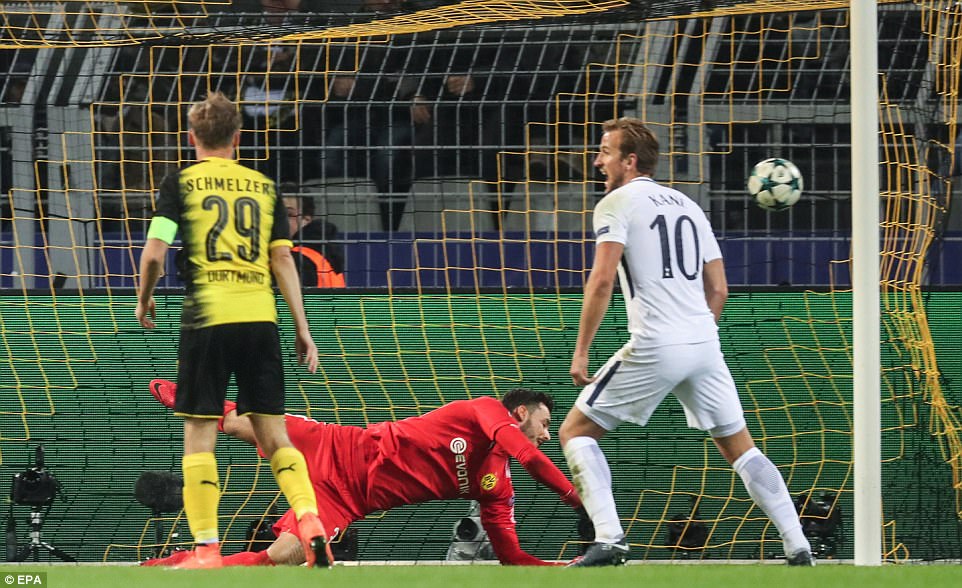 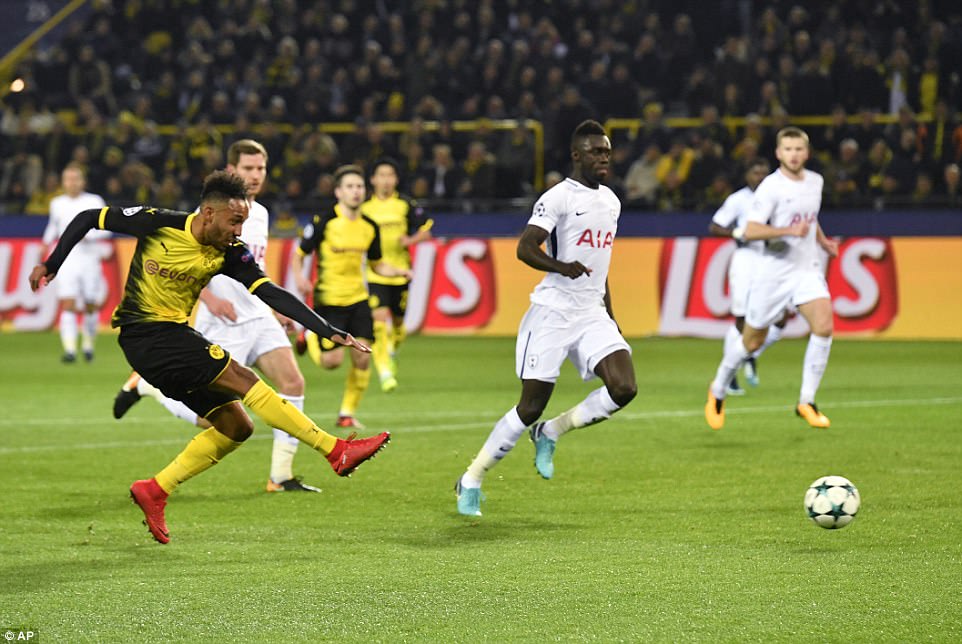 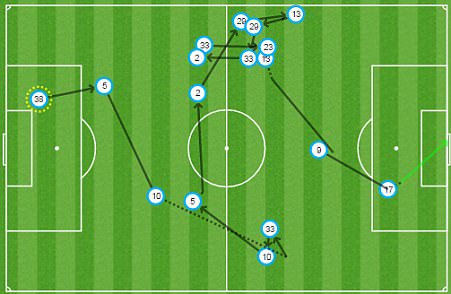 Borussia Dortmund’s opening goal started from the goalkeeper and involved 16 passes. For for of our Matchzone feature, click here.

But they came out in a different mood. Harry Kane equalised with his first goal for a month, teed-up by Alli who then conjured the second for Son with his stunning flash of individual skill.

Real Madrid were going goal crazy against APOEL in Cyrpus but victory means Spurs will top a very competitive Group H and go into the last 16 in the seeded half of the draw.

It will represent good progress after last season’s Champions League flop and their second-half performance will restore confidence levels.

Pochettino can rest players in the final game against APOEL next month as the Premier League gears up for a congested fixture schedule, starting West Bromwich Albion on Saturday.

Moreover, the Spurs boss will be relieved to see his attacking players back in form after minor injuries and a disappointing display at the Emirates Stadium.

Four points from two games against defending champions Real Madrid meant Tottenham travelled to Germany in the knowledge they were already safely into the last 16 but determined to respond to Saturday’s defeat at Arsenal.

Pochettino made four changes, with a recall for Danny Rose who was omitted from the squad for the North London derby.

Rose’s first contribution was to bring down winger Andriy Yarmolenko. His next was to attempt a pass with his shoulder, which went horribly wrong. 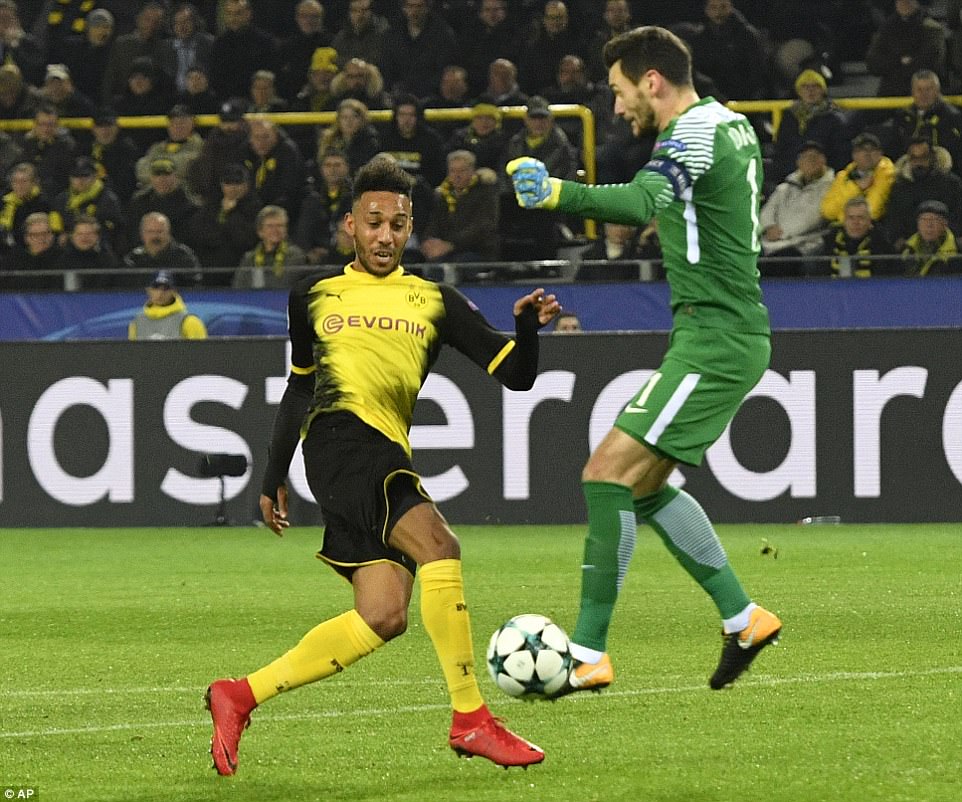 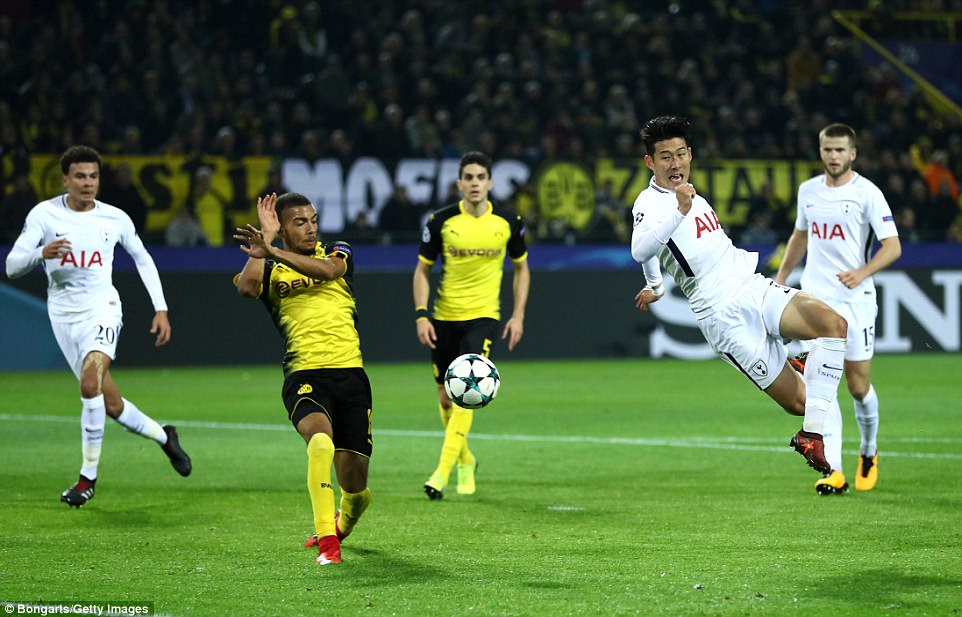 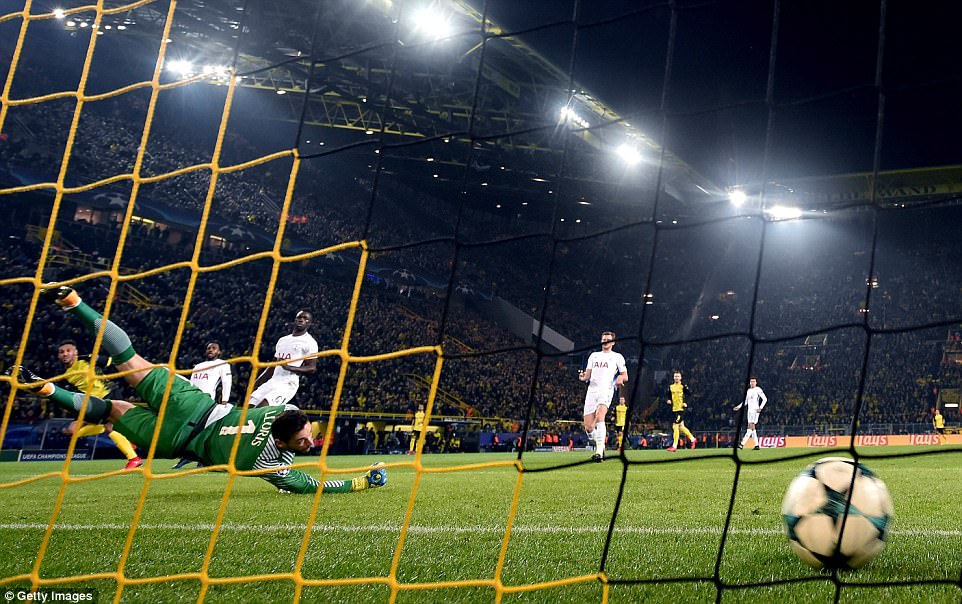 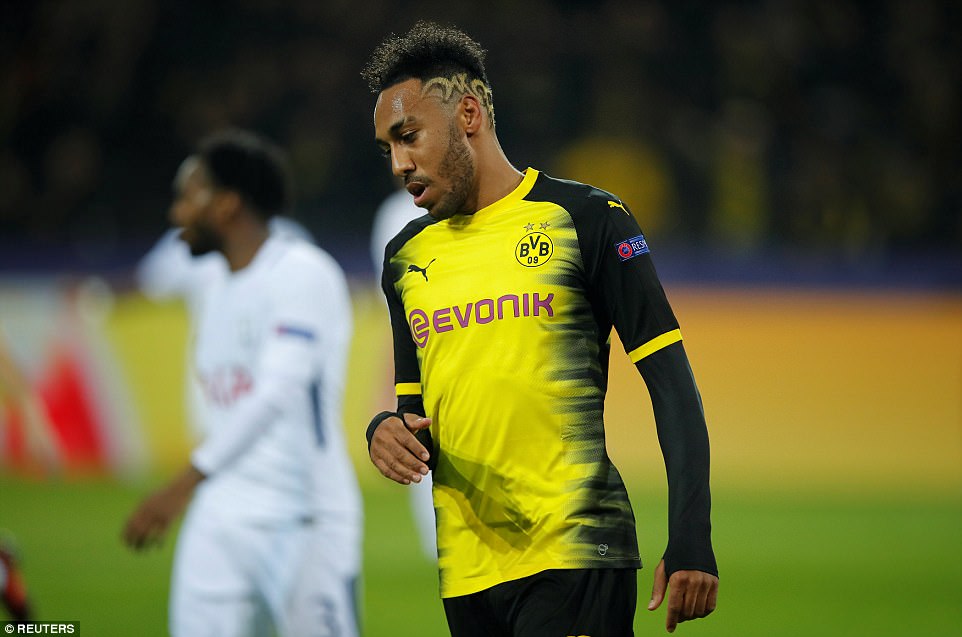 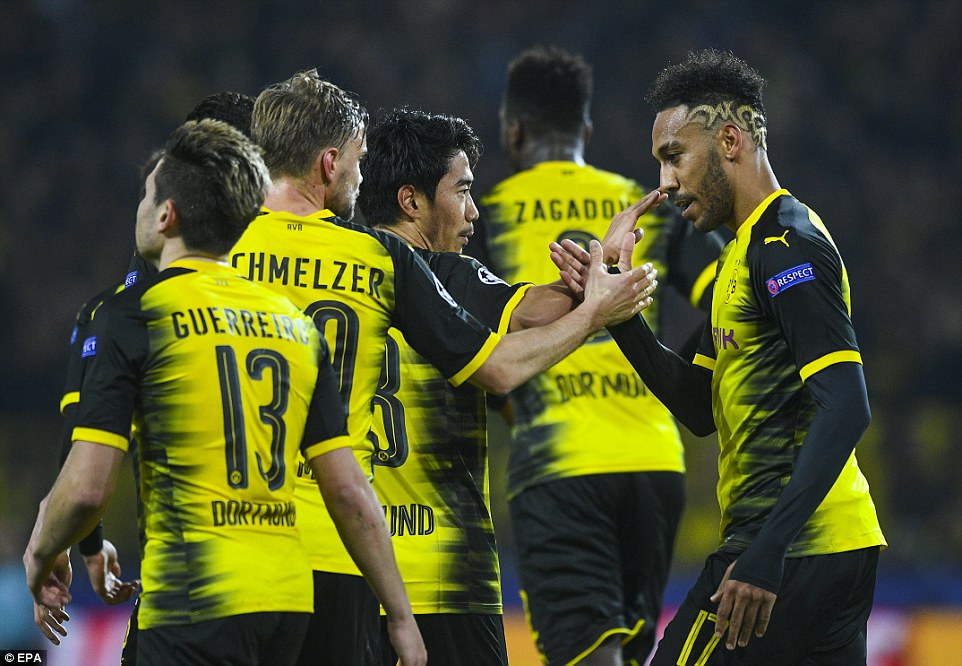 The Gabon international, displaying an exuberant new hairstyle, is congratulated by his team-mates after his opening goal 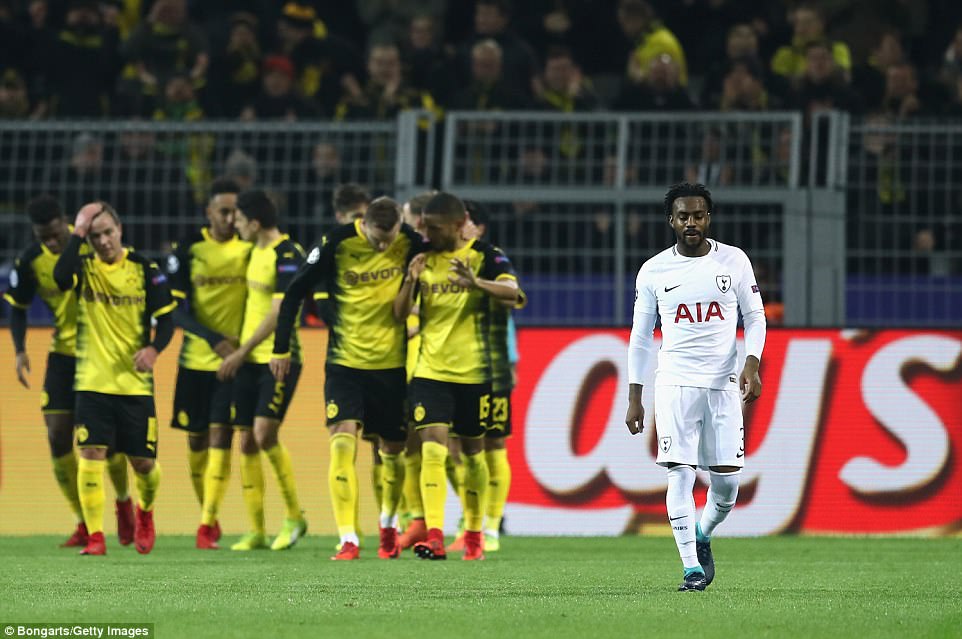 Heung-min Son was paired with Harry Kane up front in the 3-5-2 formation preferred by the Spurs boss for Champions League away games.

Son scored five in five against them while in the Bundesliga with Hamburg and Bayer Leverkusen and has scored twice against them as a Tottenham player, including one in a 3-1 win at Wembley at the start of this campaign.

Dortmund came into the game having won only once in their last eight games and that a cup tie against third tier opposition but they opened with confidence.

Andriy Yarmolenko forced an early save from Hugo Lloris and Aubameyang ought to have put them ahead when he was released by Mario Gotze.

Pochettino reshuffled his back-three, deploying Davinson Sanchez in the centre in an attempt to keep the blistering pace of Aubameyang in check.

But the Dortmund striker slipped clear, midway through the first-half, onto Gotze’s pass and Spurs were only saved by his terrible finish, stabbing the ball wide as Lloris charged from his line.

Aubameyang tore Tottenham apart in the Europa League, two years ago, and he proved far more clinical with his next chance.

This time released by a clever flick by Yarmolenko, he showed more composure, driving the ball low past Lloris from an angle. 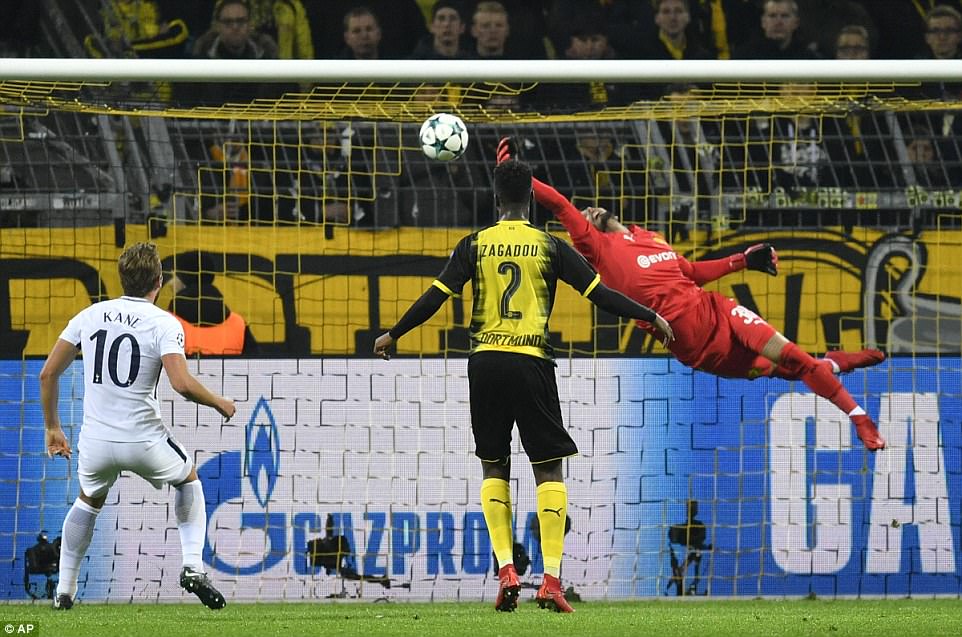 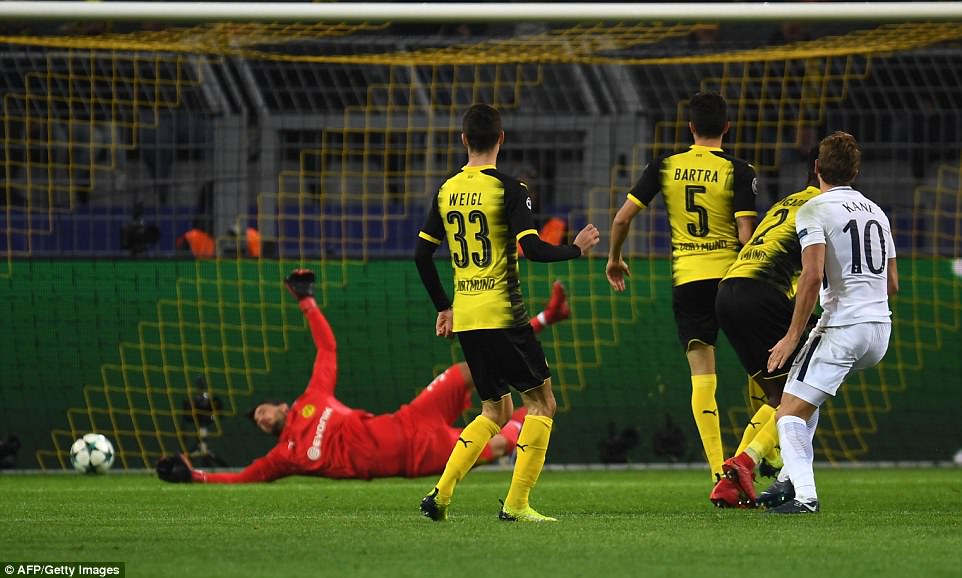 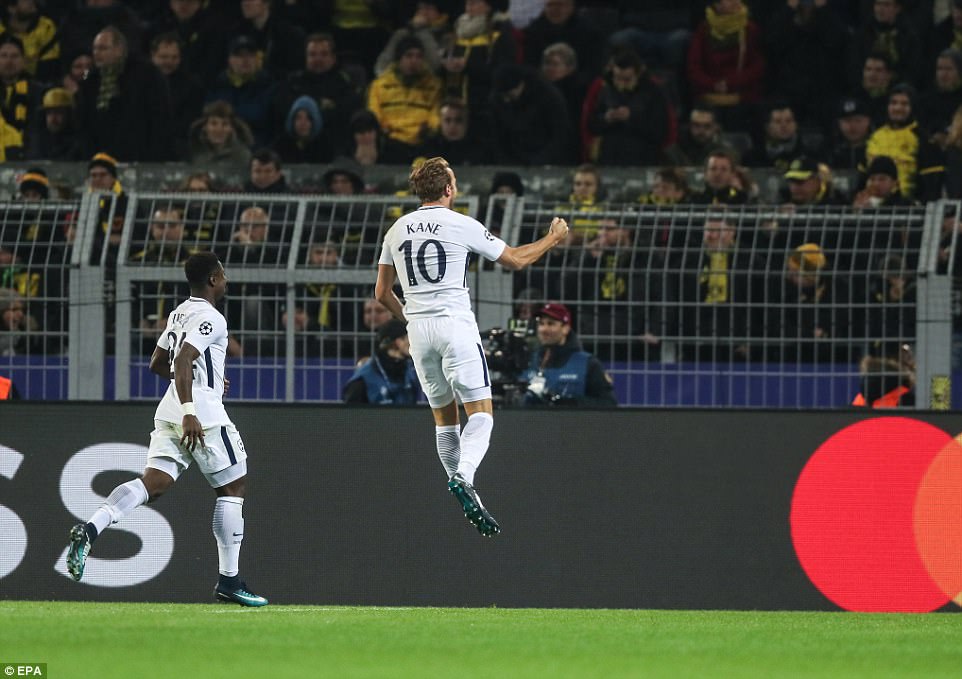 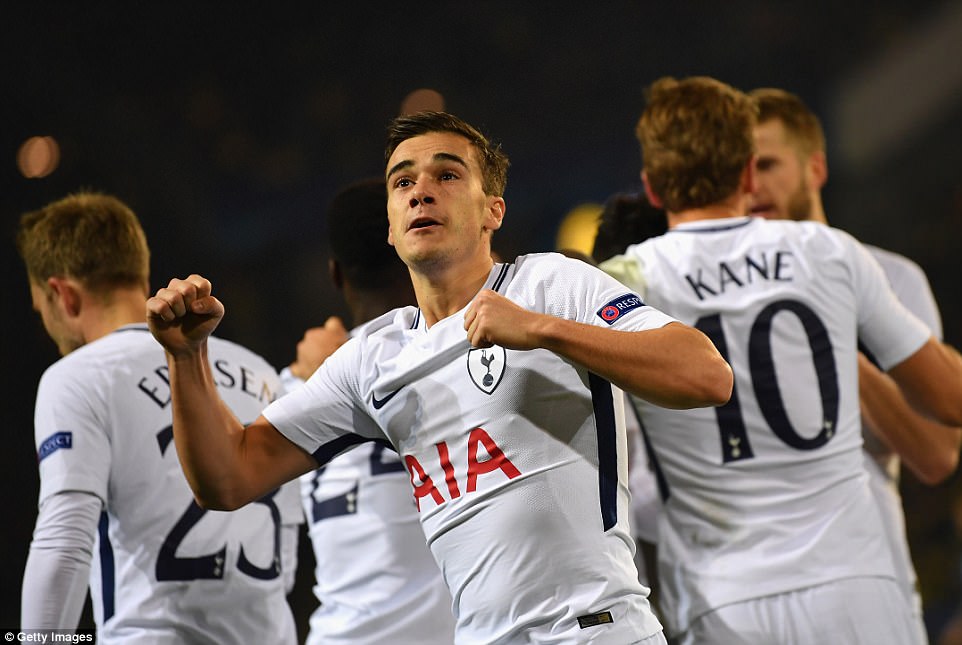 Spurs created very little in the first half. Dortmund goalkeeper Roman Burki made a routine stop to deny Son before two excellent saves in quick succession.

The first from Christian Eriksen who connected firmly with a low cross by Rose and then from Eric Dier’s header from the corner which followed.

Pochettino’s team stirred as the first-half ended and returned after the interval with more purpose and intensity, with Alli, in particular, further forward.

Within four minutes of the restart they were level. Rose won the ball, wide on the left, and Alli found Kane, who shifted the ball quickly and fired it low past Burki.

He may have been in a mini-drought by his own standards but this was an 18th goal in his last 17 games for club and country and his sixth in five in the Champions League this season.

From here, Alli became the dominant force in the game, smashing one effort wide from 20 yards and preying on Dortmund mistakes.

His jinking run helped Son score the winner with a cool finish, curled into the top corner of the net.

Suddenly, the North London derby was forgotten. Spurs were heading for the business end of the Champions League and Arsenal were in the Europa League who sang all night, felt safe to taunt their neighbours with ‘Are you watching Arsenal’. 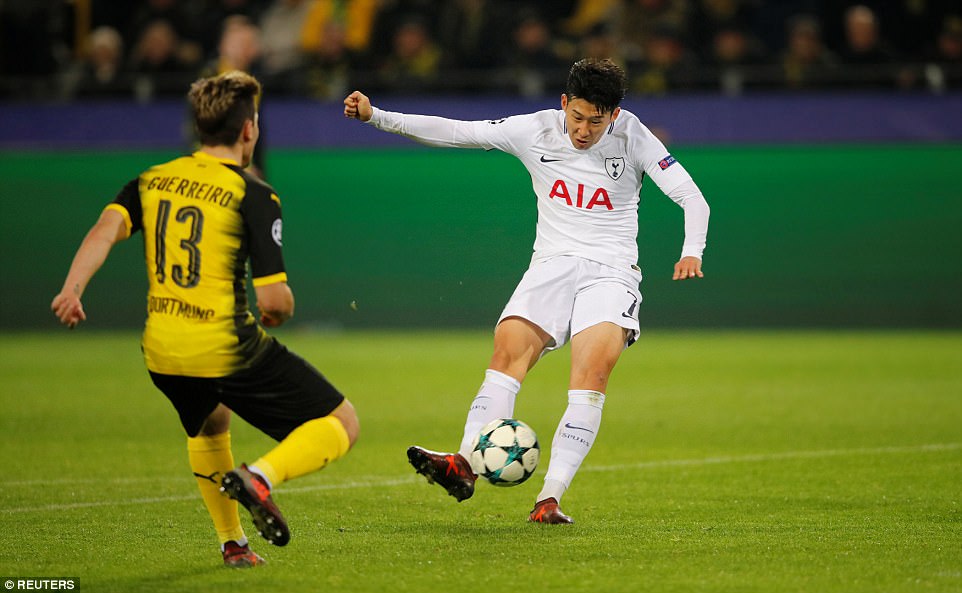 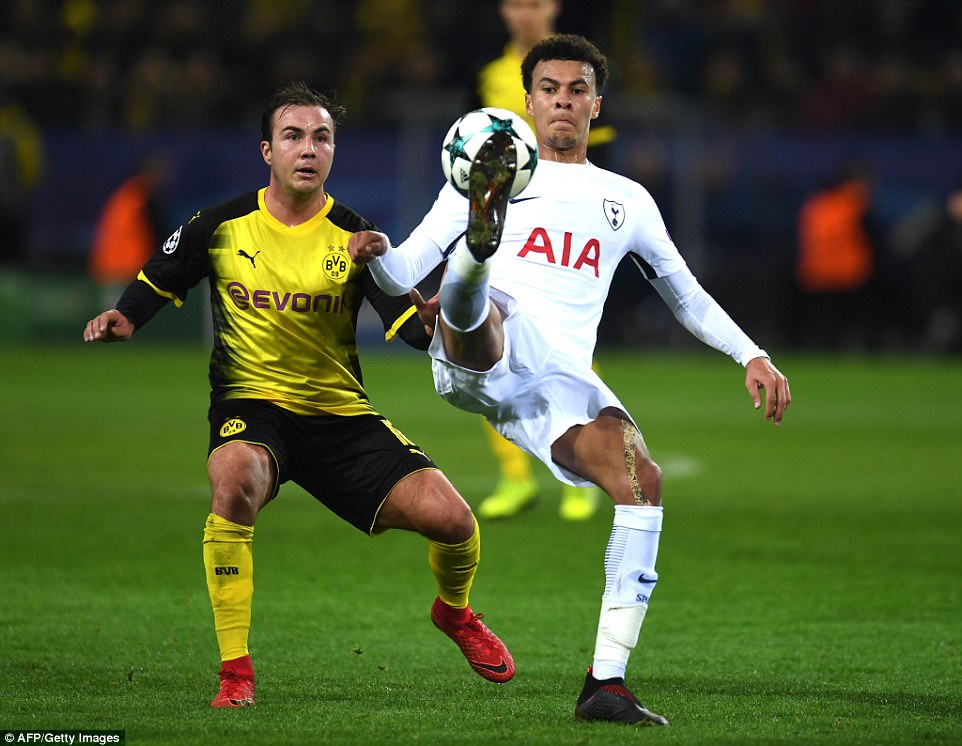 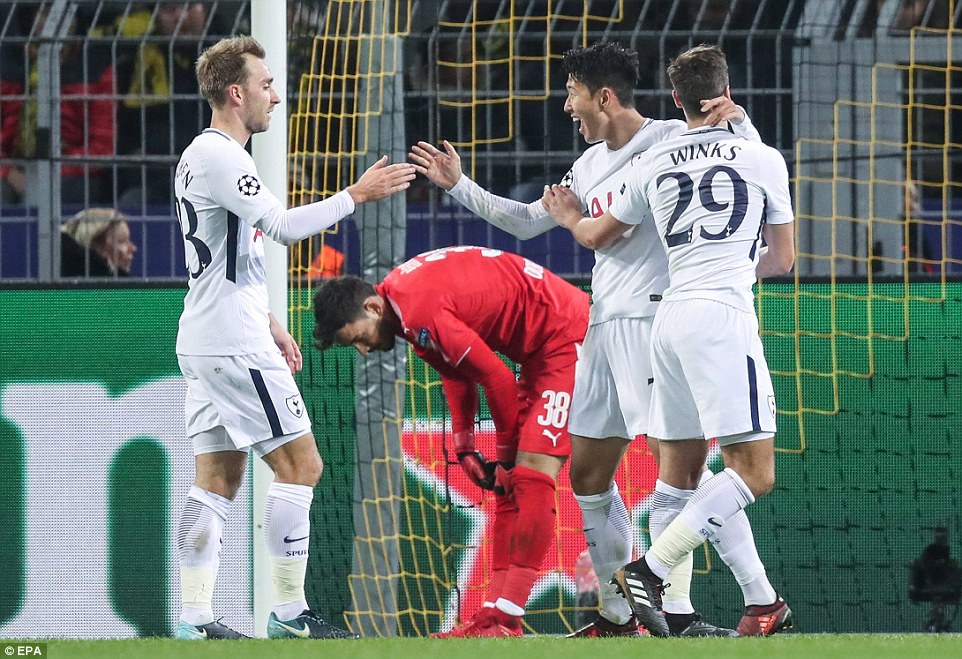 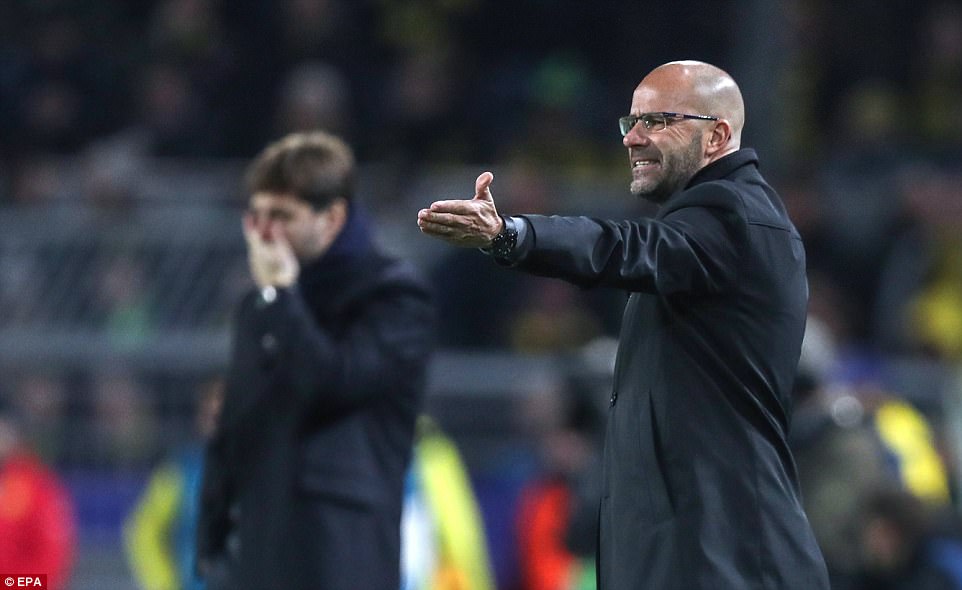