‘They misjudged the situation’: Borussia Dortmund CEO believes Manchester United got Jadon Sancho pursuit all wrong this summer… but gives fresh hope to Ole Gunnar Solskjaer by insisting ‘you can never say a player is completely unsellable’

Borussia Dortmund CEO Hans-Joachim Watzke has said that Manchester United completely ‘misjudged the situation’ after failing to get a deal for Jadon Sancho over the line this summer – but did offer Ole Gunnar Solskjaer fresh hope that he could eventually land his No 1 target.

20-year-old forward Sancho is one of the hottest properties in world football and scored 20 goals in 44 games last season as Dortmund finished second in the Bundesliga and reached the round of 16 in the Champions League.

United were intent on signing the England international with the player having reportedly agreed personal terms, but Dortmund held firm with an asking price of €120 million (£109m), which the Red Devils were unwilling to match due to the uncertain financial situation caused by Covid-19. 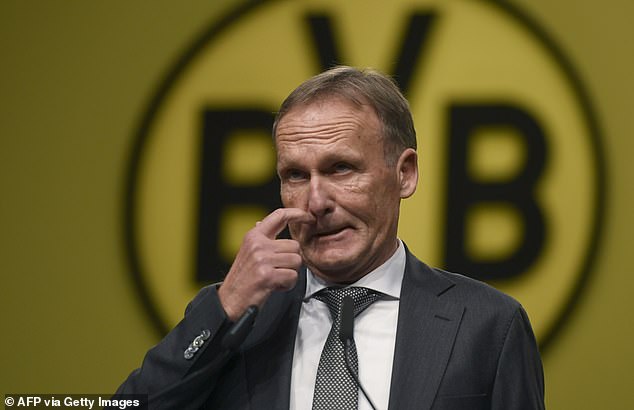 Dortmund’s sporting director Michael Zorc said back in August that Sancho would remain at the club for the upcoming season, but United felt that their Champions League rivals would relent if the right offer came along despite the former Manchester City academy player signing an improved contract at the Westfalenstadion until 2023.

The Premier League giants desperately tried to get a deal over the line in the final days and hours of the transfer window as well as enquiring about a loan move for Barcelona’s Ousmane Dembele, but Sancho’s current employers weren’t entertaining offers having set a deadline of August 10 for his departure.

Watzke said they would not compromise next summer either over the sale of Sancho.

Without mentioning United by name, he said: ‘[They] misjudged the situation. We had a clear line and will continue to do so next summer.

‘In this industry, you can never say that a player is completely unsellable. 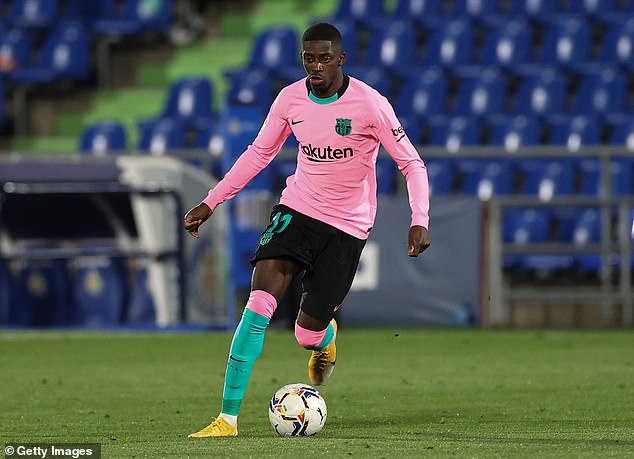 ‘I heard and read everywhere in the spring that Sancho was gone. But he’s here. We had an agreement with him.’

Dortmund sit third behind Bayern Munich and leaders RB Leipzig and Sancho will hope to put in another influential display when his side kick off their Champions League campaign at Lazio on Tuesday before hosting Schalke next weekend in the first Revierderby of the season.