From Barnet to Wembley! Borussia Dortmund swarm The Hive as they train at non-league side’s HQ ahead of Champions League clash with Spurs

From west Germany to north London, Borussia Dortmund are dotting the i’s and crossing the t’s as they undergo their final preparations for Wednesday’s Champions League encounter with Tottenham.

Following their stay at the Hilton hotel in Wembley on Tuesday evening, Lucien Favre’s side made the 15-minute journey north for their final training session.

And it was certainly a change of scenery for the Bundesliga side, who swapped the Champions League for non-league as they trained at Barnet’s headquarters. 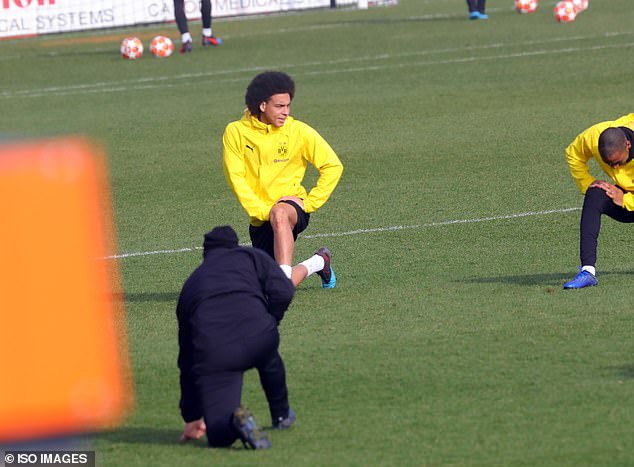 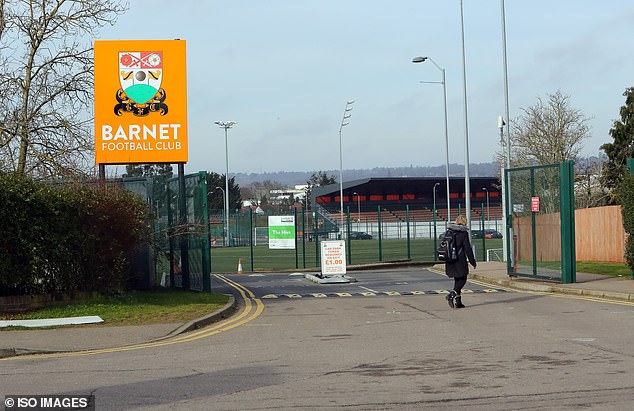 While The Hive usually houses The Bees, Dortmund’s black-and-yellow strip, like the insect, should help them settle at the plush £60million complex.

The stadium, which has a 6,500-seat capacity, is within close proximity to Wembley Stadium, which will play host to Wednesday’s knockout tie, to ensure Dortmund are fresh for the showdown with Mauricio Pochettino and Co.

Among the stars for the visitors is English starlet Jadon Sancho, who will look to impress on the biggest stage following his move from Manchester City last summer.

He believes upping sticks and heading to the Bundesliga may have opened doors to the possibility of others following suit. 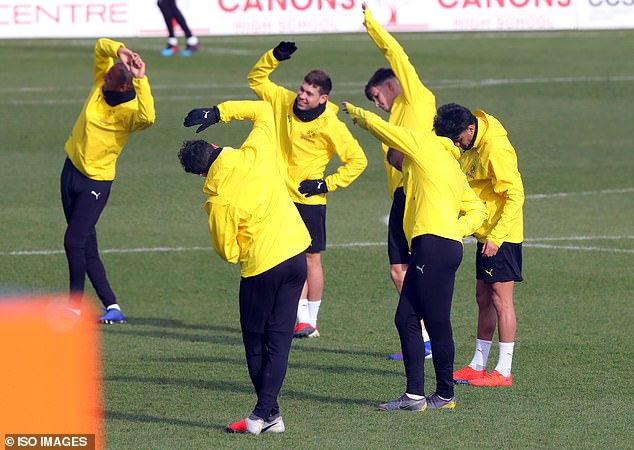 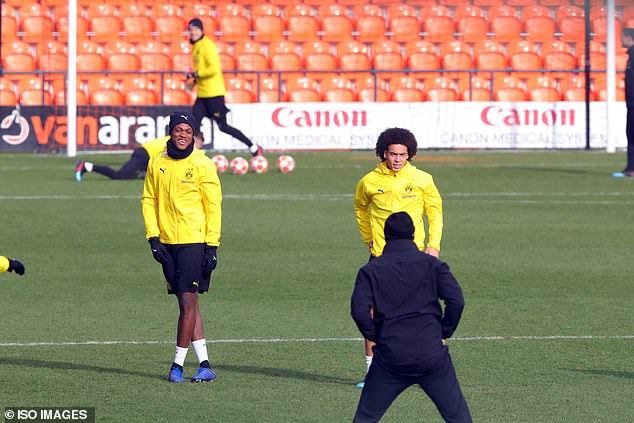 ‘It’s a good thing to give other players the opportunities somewhere else and not just at home. It’s a good feeling, a nice feeling.

‘They do ask me what it’s like (making the step up from the reserves to the senior team), and I tell them truthfully: It’s not easy. It’s difficult.’

Sancho’s team-mate Thomas Delaney, meanwhile, said it has been his job to keep the 18-year-old grounded as the English media have hyped him up.

‘Jadon is a big, big talent, with talent comes opportunities and he has them for sure,’ he said.

‘But he is still 18 years old and he has done amazing. He is not where he is supposed to be, he is a rough diamond, he will get there.

‘I feel responsible for keeping him on the ground. Now we are in England and you are world famous for hyping your players.

‘We try to keep him on the ground because he has a big, big future in front of him and he will do great things, but it takes hard work.’

One certainty, however, is that Sancho will have every English fan watching his every move. Tottenham, meanwhile, will be hellbent on keeping him quiet. 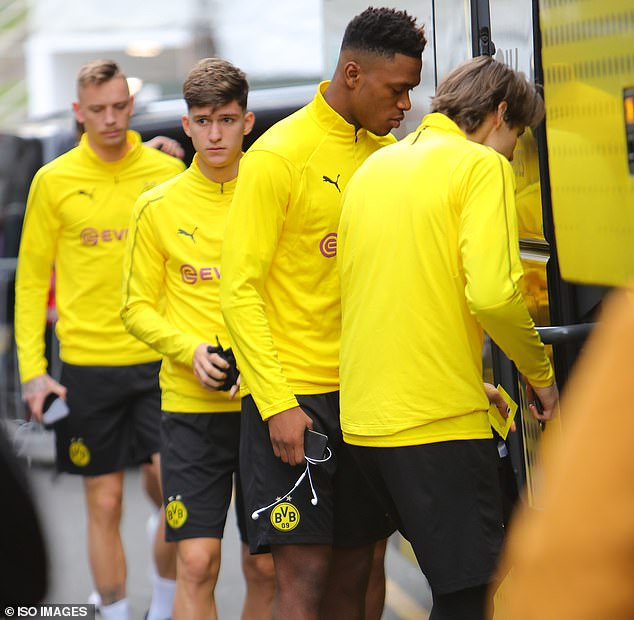 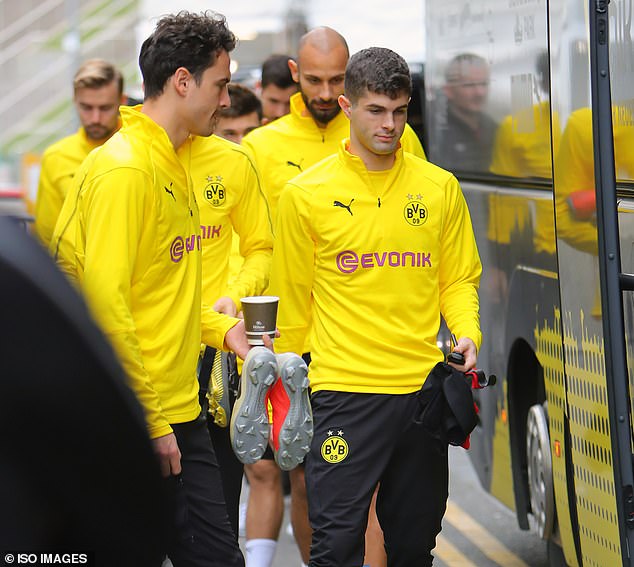 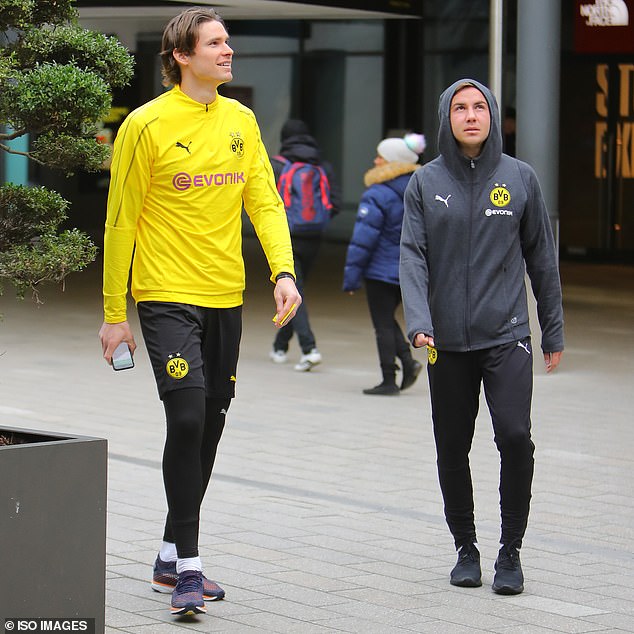