A Boston College hockey player is out indefinitely after he was assaulted at a Boston restaurant.

The university’s athletic department said in a statement on Sunday that graduate student Kevin Lohan was the victim of an ‘unprovoked assault’ that occurred on Friday at a Domino’s Pizza in Boston.

Police are investigating. Lohan was treated for an injury to his jaw, the Boston Globe reports. 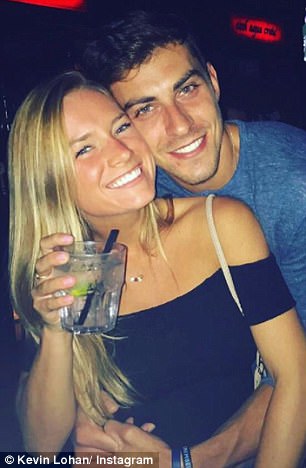 Kevin Lohan who plays on Boston College’s men’s hockey team was attacked while out with his girlfriend (pictured).  He is off the ice indefinitely while recovering from injuries 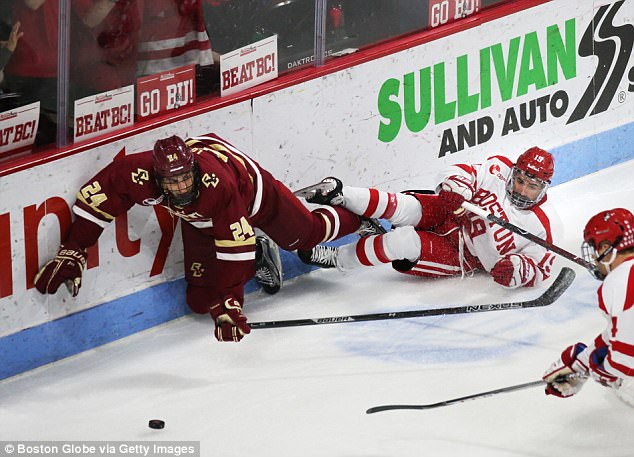 Lohan (24) was sucker-punched by an individual, his girlfriend said, after a group of at least six ‘began pushing in line’ at a Domino’s. He is pictured in December 2017

His girlfriend told police that they were standing in line for pizza when at least six individuals, all of whom were described as white, ‘began pushing in line’.

One of the individuals, she said, sucker-punched her 6-foot-5, 217-pound boyfriend and he fell to the ground. 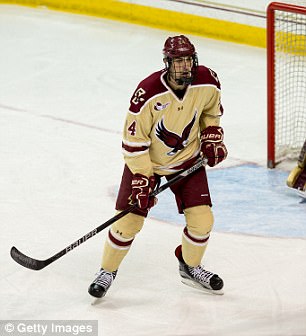 Lohan, pictured during a November 2017 game, is first cousins with Lindsay Lohan

The defenseman transferred to Boston College after four years at the University of Michigan, where he was an assistant captain his senior year.

He was ‘redshirted’ during his junior year – meaning that he was kept off the ice to extend his college playing eligibility and develop his skills.

This meant he was able to continue playing as a graduate student at Boston College, where he is studying for a master’s degree in sports administration.

Lohan, of Cold Spring Harbor, New York, has three assists in 14 games for the 11-9-3 Eagles this season.

He is now out indefinitely for the season as he recovers from his wounds.

Anyone with information about the incident is asked to contract detectives at 1-617-343-5619.

Lohan, who is originally from Long Island, is first cousins with actress Lindsay Lohan. 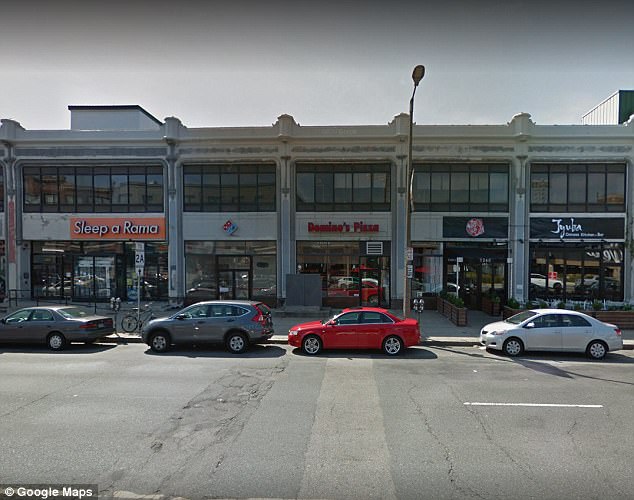 The incident occurred at the Domino’s Pizza on Boylston Street in Boston, pictured