A woman has revealed how she was left mortified when she became so large in her late teens that she couldn’t fit comfortably behind her school desk.

At her heaviest, the then 18-year-old found herself unable to work properly behind her high school desk, something which left her feeling ‘like an outcast’.

Tess Fitzgerald, 21, from Boston, pictured at her heaviest – 347lbs (nearly 25 stone). The customer service employee says the moment she couldn’t fit behind a desk at high school prompted her to make a change 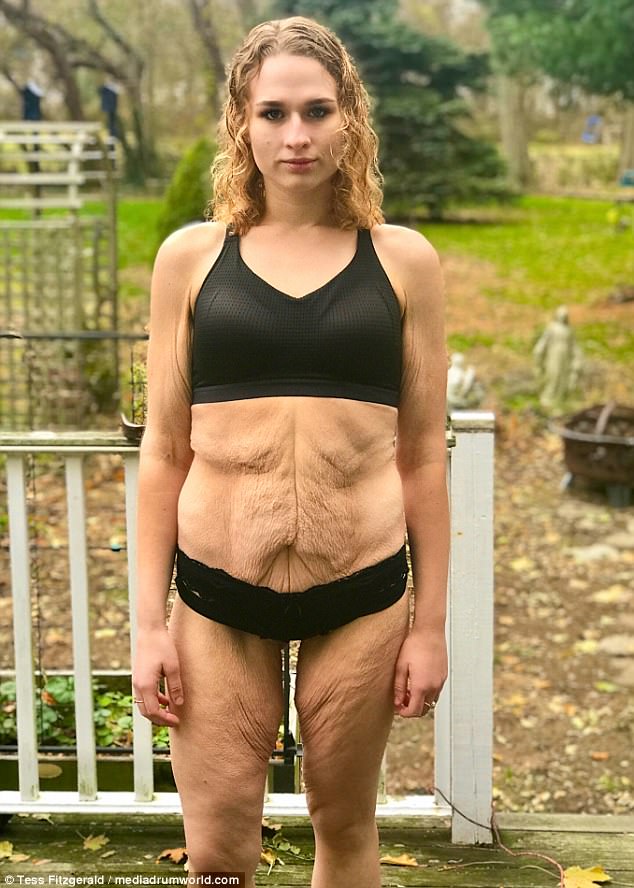 Pride: Tess says her weight-loss, achieved by cutting out carbs and a gastric sleeve operation, has changed her life and she feels energised again 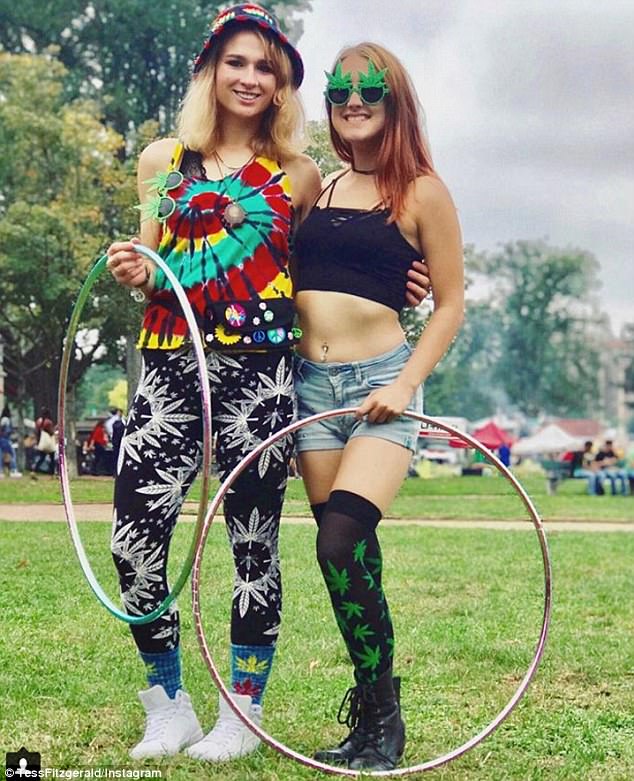 Gym-bunny: Tess now exercises three times a week and has developed a love of hula hooping 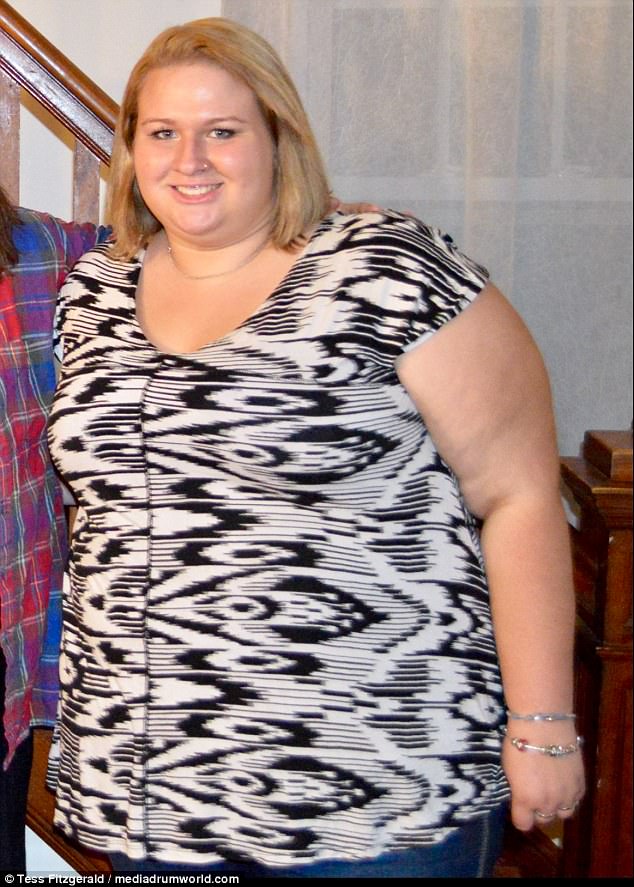 The customer service employee pictured before her weight loss; she’s dropped a staggering ten dress sizes since going under the knife to have a gastric band fitted 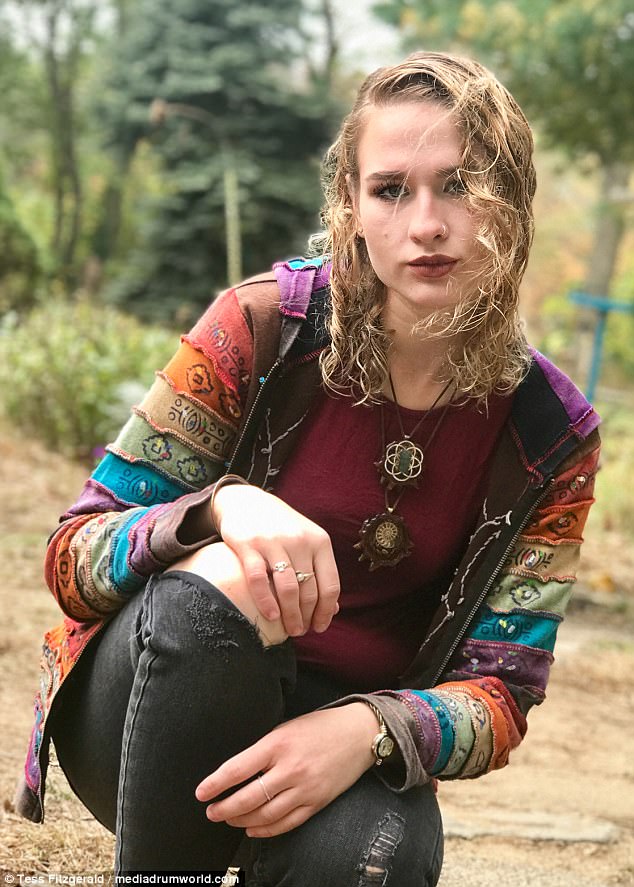 Discussing the moment she felt compelled to do something about her size, she says: ‘I decided to make a change after I went away to school and didn’t fit comfortably in the desks.’

‘It made me realise how large I truly was and that I wanted to change to live a long, happy and healthy life.’

She says polycystic ovary syndrome – which affects how the ovaries work and can cause weight gain and excess hair – saw her pile on the pounds as a teenager.

She explains: ‘When I was 14, I was diagnosed with PCOS, an endocrine disorder that caused the majority of my weight gain.’

‘I hit my highest weight of 347lbs at the age of 18. I felt miserable, run down and like an outcast to society. I never wanted to talk to people even though I love conversation.

‘I was probably eating at least 3200 calories a day and did little to no exercise, any exercise I did was very leisurely due to my weight.’

Tess, who has dropped an incredible 10 dress sizes from size 24 (UK size 26) to a size 6 (UK size 8), then detailed what she has had to go through on her weight-loss journey, explaining how she has got her impressive results.

‘I started group meeting at Massachusetts General Hospital in Boston to get approved for gastric sleeve surgery, which meant I had to cut out carbonated drinks and my high carb lifestyle,’ she said. 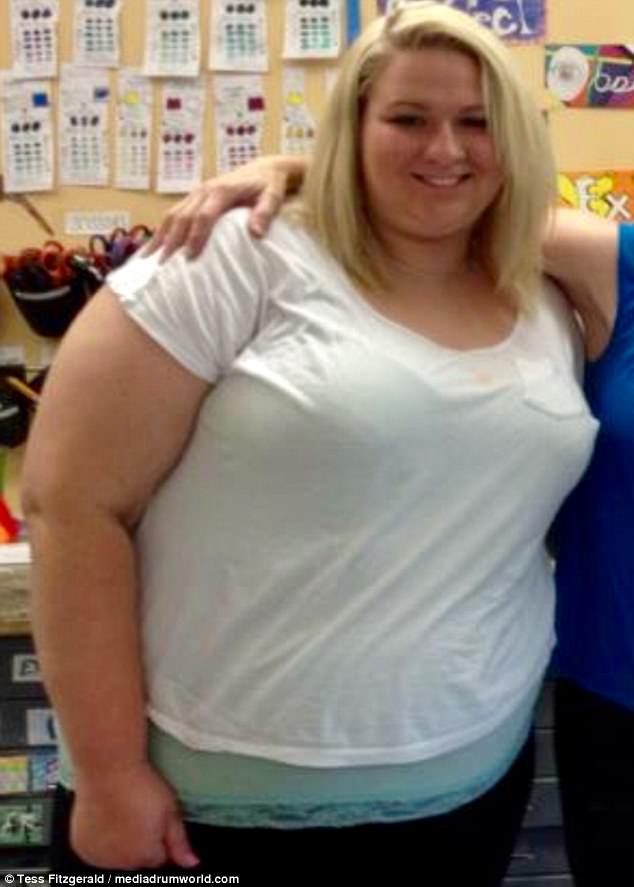 Kissing farewell to carbs: Tess says she now eats just a small portion of pasta for lunch; before she would have devoured ‘a whole box’ 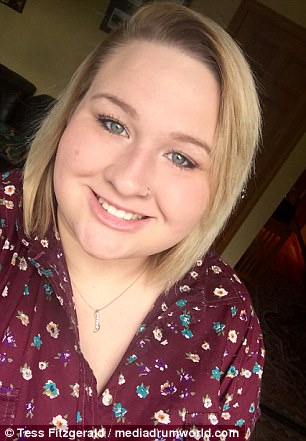 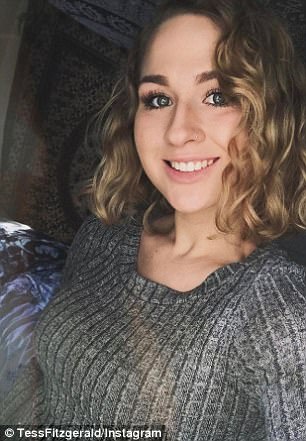 ‘I’ve also had to dramatically decrease my portions, I used to sit down and eat an entire box of pasta, now I can’t even finish one cup full!

‘In December 2015, when I was 19, I had the surgery and it was the best decision of my life. It’s changed my life without a doubt and given me a type of confidence that I used to envy.

People are typically shocked when they see me now and ask me how I did it. They’re always really kind and tell me I was beautiful before and that I’m still beautiful now…

‘I now eat under 2000 calories a day and go to the gym anywhere between three and five times a week where I lift weight as well as doing yoga and hula hooping.

‘I am truly proud of who I am and how far I have come. I feel so much more energised and excited about my life.’

Finally, Tess discussed the reactions she has received on her journey and how she overcame the doubters, before giving her own advice to anyone else looking to lose weight.

‘The hardest thing about losing weight was trying to prove to people that I wouldn’t fail. 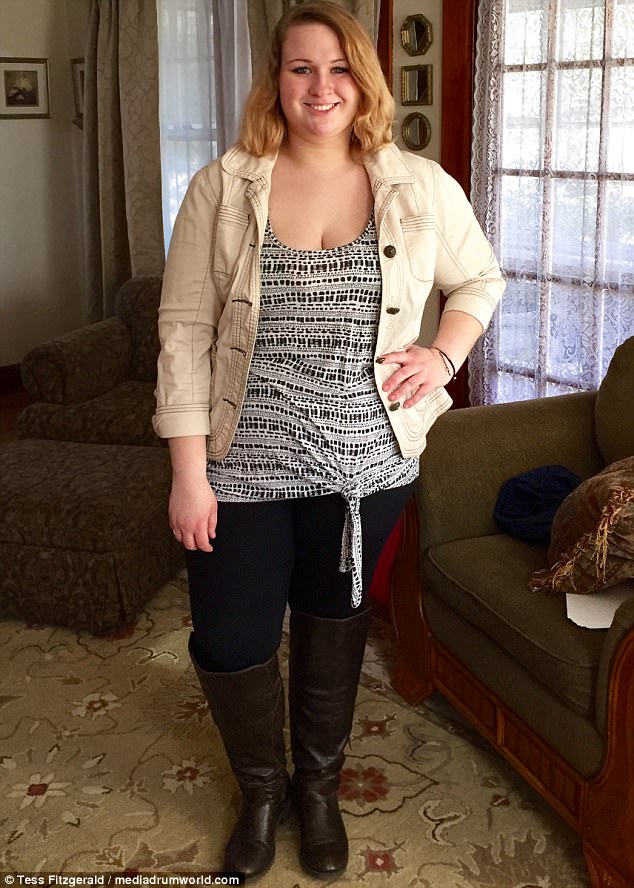 Not failing was the hardest part, says Tess, who felt like she’d let down friends and family who’ve supported her if she gave into cravings 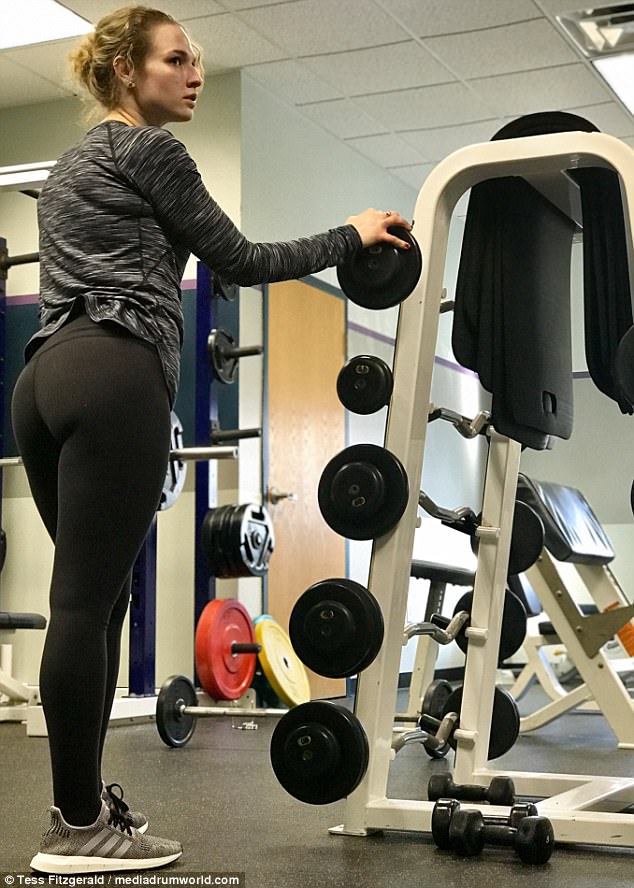 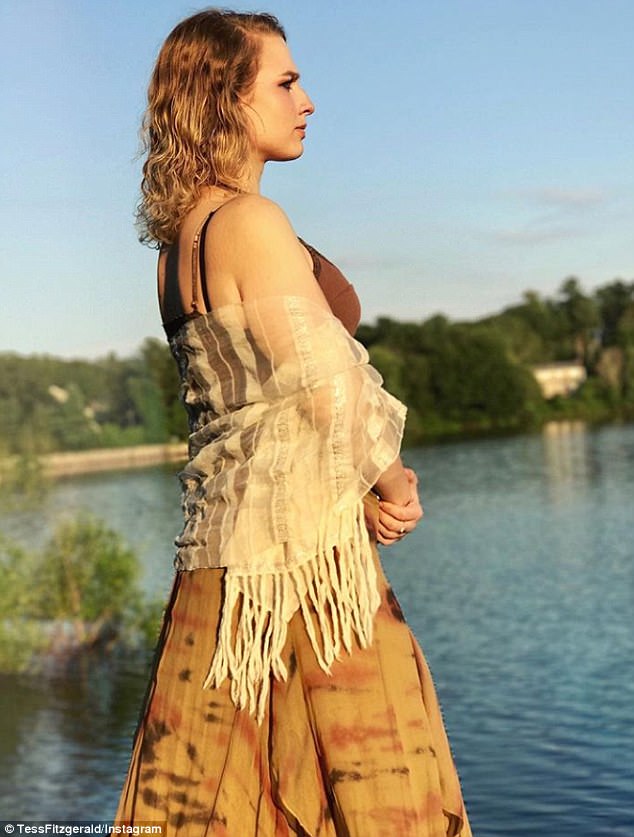 Calorie limit: Tess now restricts her eating to less than 2,000 calories a day

‘There were so many people that put me down in the beginning, saying I couldn’t get to my desired goal. I just kept fighting and only listened to the positive people in my life,’ said Tess.

‘People are typically shocked when they see me now and ask me how I did it. They’re always really kind and tell me I was beautiful before and that I’m still beautiful now.

‘I now not only want to inspire others who are on the same journey, but I want to help put an end to the discrimination of obesity in society.

‘My biggest tip to anyone looking to lose weight is do not eat and drink at the same time, wait 20 minutes in between as drinking any type of liquid before eating can cause your stomach to stretch.

‘Cut down on carbs such as bread and past and pick healthier options over processed foods because your body will thank you.

‘It’s all trial and error, we aren’t perfect, and it takes time, but it’s never too late to change your life for the better!’