‘Boundaries separating adults from children, men from women, humans from animals are being eroded’

Teaching children to ‘know their boundaries’ is a vital part of their education.

This is because throughout the history of mankind, boundaries have played a key role in communities making moral distinctions between right and wrong.

But increasingly today, those distinctions have become blurred.

It is not merely the boundaries that divide nations that are under attack, with borders being weakened as politicians try to create super-states.

The boundaries that separate adults from children, men from women, humans from animals and private from public lives are also being eroded.

As a result, I fear that the bonds that hold society together are breaking. This, in turn, leads to another destructive influence – the fact that we are living in an age of non-judgmentalism.

Indeed, there is a reason why we use the phrase ‘crossing the line’ – it signals that someone has violated society’s accepted moral code.

It’s no wonder some politicians hate boundaries. Jean-Claude Juncker, former President of the European Commission – that behemoth which brought about the abolition of many of the EU’s internal frontiers through the Schengen Agreement – has described borders as ‘the worst invention ever made by politicians’.

The effect of such a mindset that considers national borders as artificial, exclusionary, unjust or anti-human has been a disaster.

By not drawing lines between nation states, how can we make important distinctions between different people? For borders are not just physical boundaries. 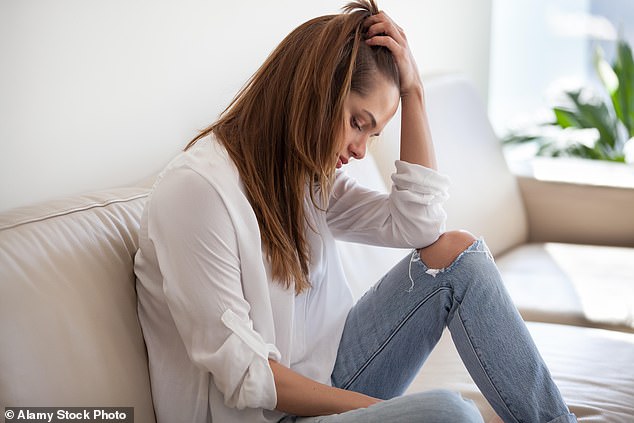 Professor Furedi says the line between childhood and adulthood becomes fuzzy, and everyone – adolescents and adults alike – becomes confused about their roles (stock image)

Removing them leads to a state of mind that ignores the history of human development during which walls and borders were constructed to create security and peace.

Now, however, national sovereignty is often belittled as an irrelevance in a globalised world. But without symbolic borders, people lose a large part of their national identity. The result? A cultural crisis.

In parallel with this dismantling of national boundaries, there has been a deliberate and fashionable blurring of lines between generations. As a result, many young people find it difficult to transition to adulthood.

The consequences can be witnessed everywhere. From birth onwards, children ought to develop within confines set by their parents and adult society.

In the absence of these clear signposts, the line between childhood and adulthood becomes fuzzy, and everyone – adolescents and adults alike – becomes confused about their roles.

Conversely, this also creates the lamentable phenomenon of infantilisation. We see some adults obsessed with being ‘forever young’ and ‘cool’.

Parents and teachers go out of their way to become young people’s friends rather than their guides and mentors.

As a result, some parents behave as ‘overgrown boys and girls’ – and abrogate their responsibility to uphold a value system from which their children can learn.

The consequences can be seen in education, where the traditional distinction between school children and university students is fast disappearing.

In some instances, the infantilisation of students has become a caricature of itself, with universities providing anxious undergraduates facing exams with soft toys and pets to stroke in designated chill-out rooms.

Harvard Medical School and Yale Law School, in the US, both have resident therapy dogs in their libraries.

At the University of Canberra in Australia, pre-exam stress relief activities include a petting zoo, bubble-wrap popping, balloon bursting and a session titled ‘How can you be stressed when you pat a goat?’

Another area of society where boundaries that have existed for millennia are breaking down is gender. No longer are the sexes differentiated by anatomy and reproductive functions.

Advocates of such boundary-breaking argue that the division between the sexes ‘obstructs the development of sexual equality’ and ‘violates the identity of transsexual or intersex people’.

The speed with which the transgender culture has gone mainstream in Western society is remarkable.

While a tiny percentage of the population have the anatomical characteristics of both sexes, the overwhelming majority of people do not.

Indeed, gender self-identification now trumps long-standing conventions. It is sufficient for a biological male to identify as a female in order to gain access to women’s toilets, refuges or prisons.

Even hitherto female-only institutions, such as the Girl Guides, and some single-sex schools are now open to boys who identify as females. In the National Health Service, transgender patients can choose to be treated in either male or female wards.

Consequently, the boundary between men and women is frequently depicted as artificial and even oppressive, and those who transgress it are celebrated as inspirational role models.

The campaign to popularise gender-neutrality is not confined to winning hearts and minds. It is also committed to forcing people to adopt new non-binary pronouns such as ‘they’, ‘ze’, or ‘zee’. 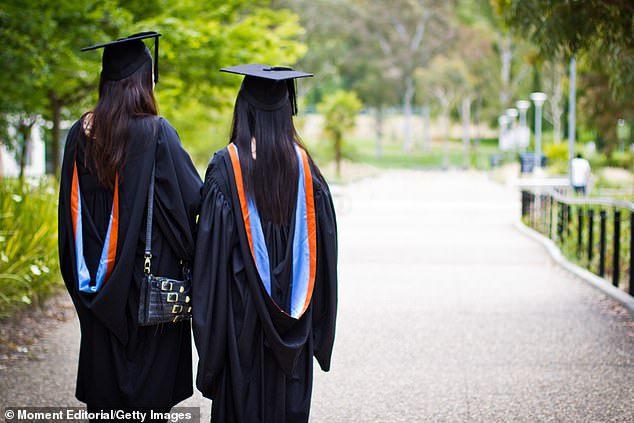 Harvard Medical School and Yale Law School, in the US, both have resident therapy dogs in their libraries (stock photo)

In many parts of America, the policing of gender-related language is backed by sanctions against anyone who refuses to alter their vocabulary.

Directives issued in 2015 by New York City’s Commission on Human Rights state that landlords and employers who intentionally use the wrong pronouns with non-binary employees or tenants can face fines up to $250,000 (£200,000).

In a similar development, Anglo-American society has become so alienated from making value judgments that it has created an entire Orwellian vocabulary that spares people the responsibility of making moral judgments.

For example, some university exam boards are instructed to offer the verdict of ‘not passed’ instead of ‘failed’.

The main drivers of this trend are that ‘criticism is violence’ and that people, especially children, lack the resilience to cope with being judged.

One of the most significant developments of the boundary-less movement has been its success in undermining the traditional separation between what is considered public and what is private.

So we see the encouragement of emotional openness, with children instructed to share their deepest anxieties, and teachers urged to get in touch with their own emotions.

More widely, people are urged to ‘express themselves’ and to ‘share’. Individuals who publicly air their private woes are applauded for their ‘bravery’.

Whereas the public display of emotion was previously stigmatised and associated with the behaviour of immature adults, today it is often praised as an expression of maturity.

The younger members of the Royal Family regularly advise others to abandon their stoic disposition and embrace emotional openness.

For example, Prince William states that ‘keeping a stiff upper lip can damage health’, and that role models should open up about their mental health issues.

An extension of this trend is the way popular culture celebrates voyeuristic behaviour.

‘How do you feel?’ is now the only question that matters on reality TV shows, where the more you disclose, the more you are respected.

This is most unfortunate, for privacy – and deep private thought – is an essential part of human development.

Meanwhile, how telling it is that in this narcissistic age, the words ‘I’ and ‘me’ have become a central feature of the vocabulary.

As long as we continue to reject the notion of boundaries in all aspects of our lives – and become a non-judgmental society – we will remain much the weaker for it.

lExtracted from Why Borders Matter: Why Humanity Must Relearn The Art Of Drawing Boundaries, by Frank Furedi, published by Taylor & Francis.