The author of a controversial new biography on Anthony Bourdain has claimed the late celebrity chef ‘had worked himself into a state of exquisite misery’ in his final days as he spent them drinking and sleeping with prostitutes.

The biography, by author Charles Leerhsen, uses files, texts, and emails from Bourdain’s personal phone and laptop to paint a picture of the chef’s life and highlights his turmoiled last days before taking his own life in June 2018.

‘I think in his last days he had worked himself into a state of exquisite misery,’ said Leehrsen, who details Bourdain’s struggles with addictions and heartbreak over Italian actress Asia Argento.

‘I am okay. I am not spiteful. I am not jealous that you have been with another man. I do not own you. You are free. As I said. As I promised. As I truly meant. But you were careless. You were reckless with my heart. My life,’ Bourdain texted Argento hours before his death.

‘If I’ve written an unauthorized biography, I’ve also written a sympathetic one and I’ve written one I think is true to the man,’ said Leehrsen of his book, Down and Out in Paradise: The Life of Anthony Bourdain.

Author Charles Leehrsen is making waves with his new biography on celebrity chef Anthony Bourdain, as Bourdain’s ex-girlfriend and brother fight against the release of the book 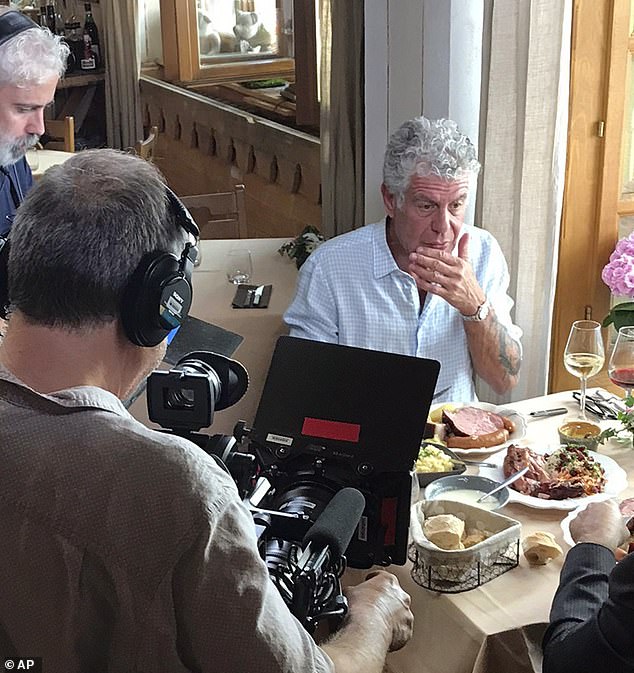 Bourdain, just days before he killed himself in France in June 2018. He was filming for Parts Unknown, his popular CNN show

Leehrsen used files, texts, emails and search history from Bourdain’s computer and phone to paint a picture of the chef, and highlighted his tumultuous final days in France 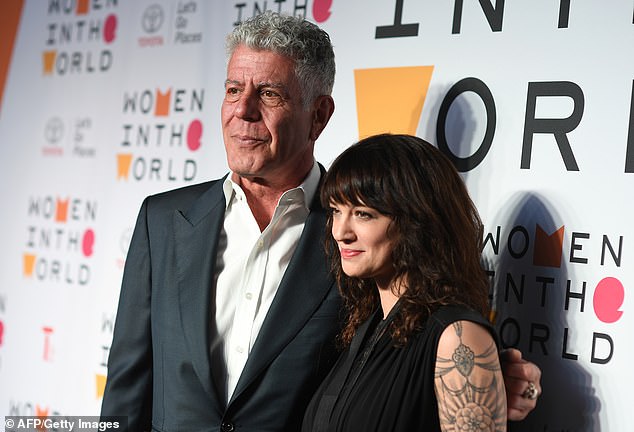 The book touches on Bourdain’s rocky relationship with Italian actress Asia Argento, who he texted hours before he took his own life

Though Argento and Bourdain’s brother are against releasing the ‘unauthorized’ biography, Leehrsen defended his book, which goes on sale October 11, as ‘sympathetic’ and ‘true to the man.’

‘Every single thing he writes about relationships and interactions within our family as kids and as adults he fabricated or got totally wrong,’ Christopher, Bourdain’s brother, told The New York Times.

Neither Christopher Bourdain or Argento could be reached for further comment about the book’s publication.

An executive at Simon & Schuster, the publisher of the book, wrote back to Bourdain’s brother: ‘With all due respect, we disagree that the material in the book contains defamatory information, and we stand by our forthcoming publication.’

Leehrsen believes many of those in Bourdain’s inner circle did not speak with him for the book because the chef’s longtime agent, Kim Witherspoon, told them not to, according to The New York Times.

The book details Bourdain’s transformation from a New Jersey teenager into the famed but troubled chef whostruck gold with his writing on food and travel.

The TV star took his own life in a French hotel room in June 2018 while he was on location filming his CNN show, Parts Unknown, and seemed deeply unhappy at the time.

In one text to his ex-wife, Ottavia Busia-Bourdain, he complained: ‘I hate my fans, too. I hate being famous. I hate my job.

Busia-Bourdain had become a confidante for Bourdain in the final days of his life, and she is not fighting the publication of the book. She currently controls Bourdain’s estate.

‘I am lonely and living in constant uncertainty’ he told Busia-Bourdain before he died, who he was married for 11 years before their separation in 2016.

Bourdain was also ‘hopelessly’ in love with Argento, who had just dumped him in an argument over photos of her with a French journalist in Rome.

She had broken up with him, citing his ‘possessiveness’ over her. 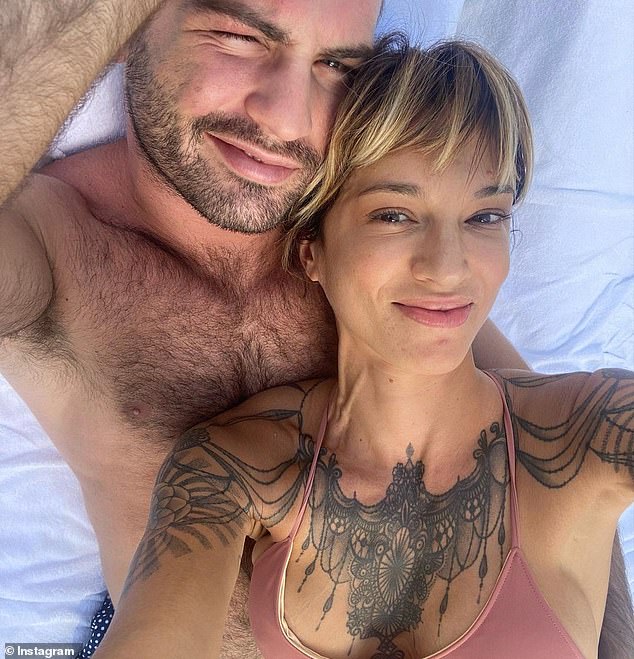 Asia Argento with her new man, MMA fighter Michael Martignoni, who is 20 years her junior at 26

Bourdain had been left heartbroken by photographs of the Italian actress dancing with journalist Hugo Clement in the lobby of Hotel de Russie in Rome, where she and Bourdain shared special memories.

The book reveals that he searched her name online ‘hundreds’ of times afterward.

In their final text exchange, he asked: ‘Is there anything I can do?’

She replied: ‘Stop busting my balls’.

He responded: ‘OK’ and killed himself hours later.

Argento declined to comment on the book. In an email to the journalist, she says she forbid him from publishing, she said: ‘It is always Judas who writes the biography.’

Charles Leerhsen, the author behind the book, has previously written for Rolling Stone. He is also the former executive editor of Sports Illustrated.

He told The New York Times that he wanted to offer a side of Bourdain that didn’t have the varnish of ‘an official Bourdain product.’

By the end of his life, he said he believes the chef ‘knew what he had become.’ 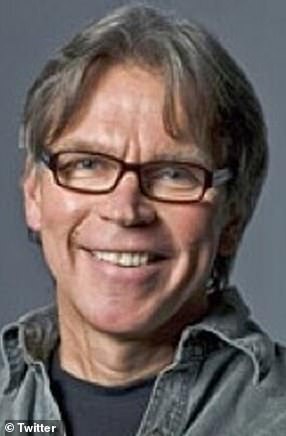 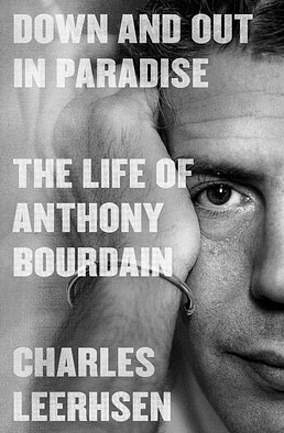 Charles Leerhsen’s book, Down And Out In Paradise: The Life of Anthony Bourdain is due to be published on October 11

‘I think at the very end, in the last days and hours, he realized what he had become.

‘I don’t respect him killing himself, but he did realize and he did ultimately know he didn’t want to be that person he had become,’ he said.

‘A lot of people were willing to talk to me because they were left behind by Tony and by the Tony train,’  he said.