Bournemouth are set to beat relegation rivals West Ham, Southampton and Everton to Dango Ouattara from Lorient – who Cherries owner Bill Foley bought a 33 per cent stake in last week – for £20m plus add-ons

By Simon Jones and Kieran Lynch For Mailonline

Bournemouth are closing in on the signing of 20-year-old Burkina Faso winger Dango Ouatarra from French side Lorient.

The 20-year-old is enjoying a great season with the Ligue 1 side, scoring six goals in 18 league appearances.

Ouattara would be the first arrival of the Bill Foley era the club and ironically, he would be signed from a club that Foley holds a stake in. 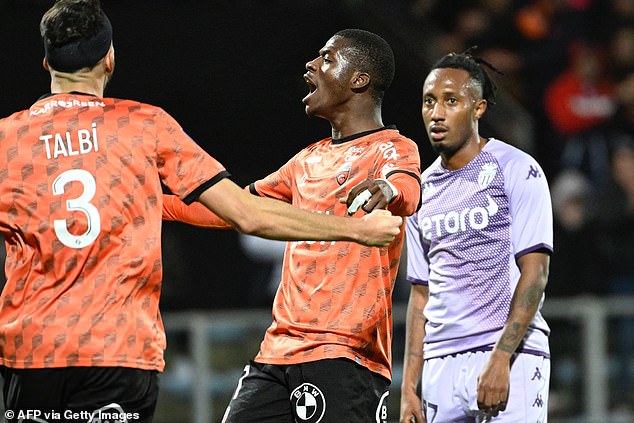 His performances have alerted the interest of numerous Premier League sides including West Ham, Southampton and Everton.

However, Bournemouth are set to pip their relegation rivals for the Burkinabe star, for a fee worth around £20m plus add-ons.

Foley and Black Knight Football Club bought a significant stake in Lorient last week, one month after having taken over Bournemouth in a deal thought to be worth around £120million.

The Texas-born businessman is understood to have bought a 33 per cent slice of the Ligue 1 outfit, with a view to invest further at the end of the current season with a view to a full takeover being completed in the future. 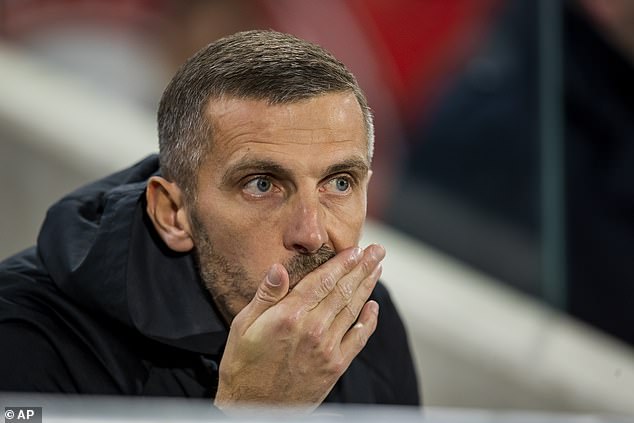 Manager Gary O’Neil will be happy to secure the signing over the three teams who sit behind them in the table, with Bournemouth just outside the relegation zone in 17th.

Bournemouth are hoping to bring in another four signings before the end of the January window.

After a poor start to the season, O’Neil has improved Bournemouth’s fortunes and they sit just one point outside the bottom three.

The Cherries though have lost their last four Premier League games, and have a crucial match with Nottingham Forest coming up on Saturday.