Former child stars Bow Wow and Aaron Carter both rose to fame in the music industry years before they’d even graduated high school.

And as Aaron, 29, struggles through a particularly tough time with HIV scares, family deaths and drug addiction accusations thrown his way, Bow Wow has weighed in with his two cents.

Speaking to Hit105’s Stav, Abby & Matt with Osher on Friday, the 30-year-old rapper described the situation as ‘sad’.

Though he admitted he hadn’t seen the Sooner Or Later singer in about 16 years, the hip hop artist expressed empathy for Aaron and the tough time he’s faced lately.

‘I did hear about what he was going through and what not. It’s just sad,’ Bow Wow told the radio hosts.

‘It’s just a current thing that happens to a lot of Hollywood childhood stars that we see. We see their parents taking money from them or it’s either living in Hollywood, it can corrupt you if you can’t handle it –  if you don’t have the right people around you.’ 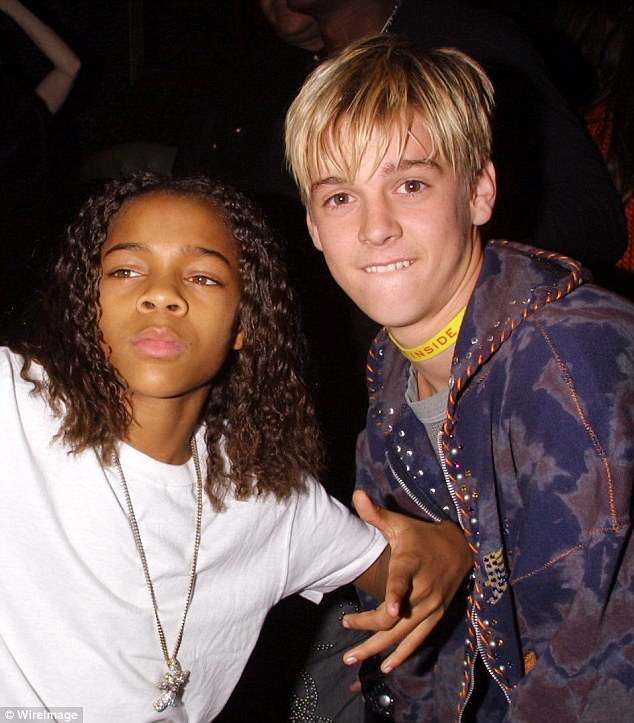 ‘It can corrupt you if you can’t handle it’: Though Bow Wow and Aaron Carter (both pictured in 2001) haven’t seen each other years, the rapper said he understood how money and fame could have a negative effect on someone

The CSI Cyber actor also said that the power that comes with fame and money is a lot for some people to handle, especially at a young age.

Bow Wow, who is currently touring Australia, hoped that the I Want Candy hitmaker could turn things around.

‘I feel bad for him but I hope that he can get on his own two feet and bounce back,’ he said before adding: ‘I think he’s going through some real, real hard times.’ 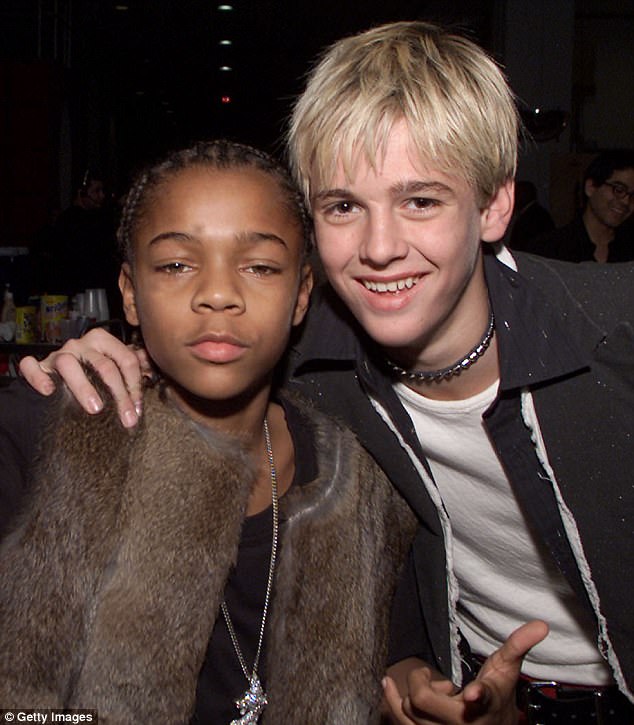 ‘I hope that he can get on his own two feet and bounce back’: Bow Wow also added that he was hoping Aaron could turn things around for himself

The past year has been drama-filled for the brother of The Backstreet Boys’ Nick Carter, with a HIV scare being his most recent headline-making struggle after he broke down about his health concerns in a two-episode edition of The Doctors.

The troubled pop star also detailed his frequent cosmetic surgeries and need for painkillers, admitting that when he cannot get a prescription he will obtain drugs illegally off the street.

Earlier this month, he also totalled his BMW in a mysterious car accident and in unrelated incidents was reportedly visited by police at his Florida home three times in 24 hours after allegedly trying to obtain a gun.

Two months earlier, he was arrested in the US state of Georgia under suspicion of DUI with girlfriend at the time, Madison Parker.

His personal relationships have also been the source of a tumultuous few months with the star recently struggling with his father’s death, a break up with his girlfriend and online bullying after he came out as bisexual on Twitter. 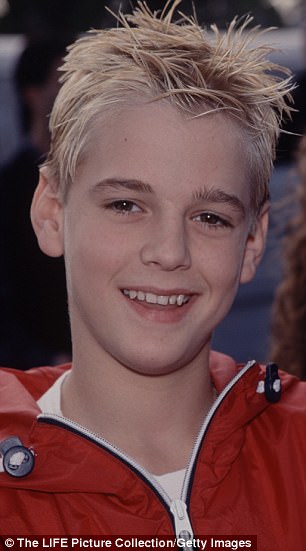 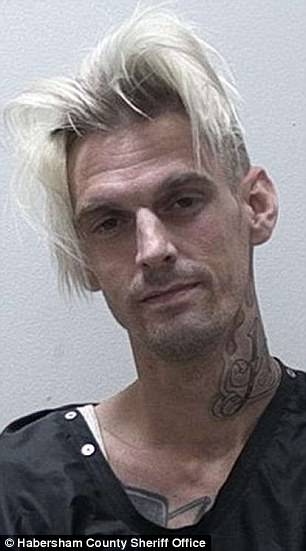 Tough times: Former child star Aaron Carter has faced a tumultuous few months, with arrests, a HIV scare, his father’s death and a split with his girlfriend all thrown into the mix