A boxing coach who twice throttled his ex-girlfriend in a drunken rage has avoided a prison sentence after a judge accepted he would have a ‘particularly difficult’ time in jail due to Covid-19.

Billy McNamara, 27, tried to strangle Emma Bent as she cowered in her bathroom after he turned up at her home uninvited and demanded to watch pornography.

During the attack, former light middleweight fighter McNamara – who had been drinking heavily – punched Miss Bent and grabbed her by the ankle, causing an injury to her big toe. He further grabbed her phone so she could not alert the police.

Miss Bent told police she ‘couldn’t breathe’ in the attack and was ‘left in fear of her life.’ She was treated in hospital but was found to have escaped with bruising and tenderness.

But he was freed with a 15 month prison term suspended for two years after his lawyers used a legal ruling at the Appeal Court which called for more leniency for offenders due to prison inmates being locked up in their cells for 23 hours a day without visits due to the virus.

McNamara also said he was a ‘great asset to the community’.

The incident occurred on January 12 after Miss Bent who had a baby daughter with McNamara obtained a Domestic Violence Order amid concerns over his conduct and which stipulated he must stay 300 yards away from her.

Mr Mackintosh added: ‘She said she couldn’t breathe and was in fear of her life.’ He also said the attack left her too afraid to leave her home.

McNamara who has been in custody since he was arrested shortly after the incident later blamed his offending on ‘aggressive mood changes’ caused by a long standing head injury.

He said a serious attack with a bottle in 2016, a collision with a lamp-post while on holiday in Benidorm in 2018 and then a fall in Manchester city centre in 2019 had left him with ‘serious head trauma’ and said he was left with bleeds on the brain. 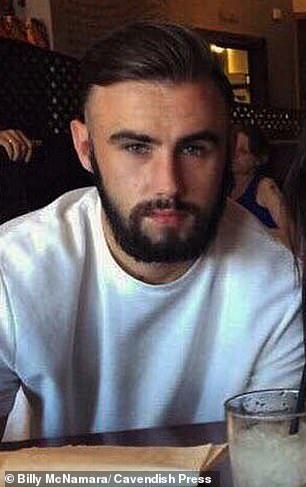 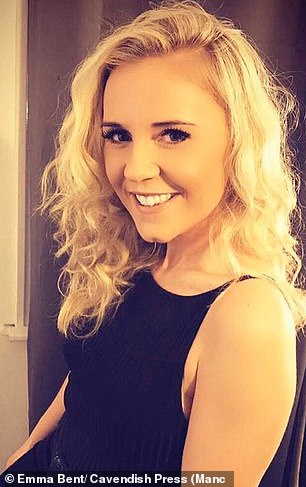 McNamara, left, who describes himself as ‘a good asset to the community’ was told he faced 20 months in prison if he had not pleaded guilty to assault occasioning actual bodily harm’ at Minshull Street Crown Court. Ms Bent, right, told police she was in fear for her life 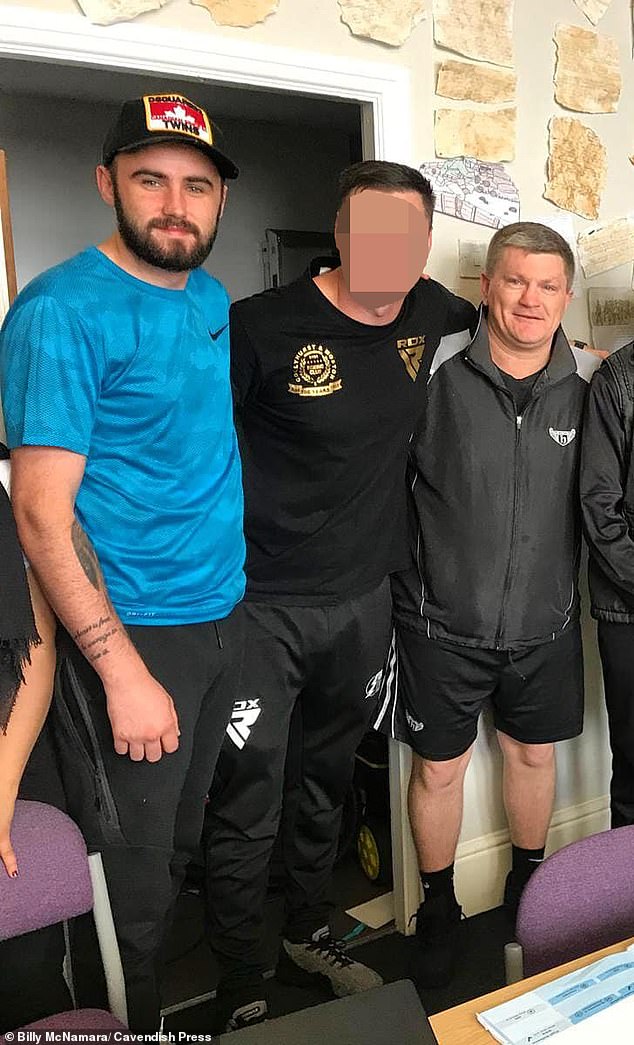 In mitigation his lawyer David Bentley told the hearing: ‘Character references show a completely different side to the individual who committed this offence which was no doubt a traumatic and frightening experience for Miss Bent.

‘This was an on-off relationship although but Mr McNamara has taken his parenting responsibilities very seriously. He is extremely supportive financially of his daughter. He has continued to pay the mortgage, the child’s nursery fees and also for holidays, clothing and £400 a month support. He has given as much as he can afford.

Judges and magistrates have to consider the impact of the Covid-19 lockdown on convicted criminals when it comes to sentencing by the Court of Appeal.

Lord Burnett of Maldon, Lord Chief Justice, released the guidelines when considering the appeal of sex offender Christoper Manning, who admitted several counts of causing or inciting a child to engage in sexual activity.

Manning, 49, admitted kissing and engaging in sexual activity with a 15-year-old girl he had met while playing darts in a social club.

Lord Burnett ruled: ‘Those in custody are, for example, confined to their cells for much longer periods than would otherwise be the case – currently, 23 hours a day. They are unable to receive visits. Both they and their families are likely to be anxious about the risk of the transmission of Covid-19.

‘Applying ordinary principles, where a court is satisfied that a custodial sentence must be imposed, the likely impact of that sentence continues to be relevant to the further decisions as to its necessary length and whether it can be suspended.

‘Moreover, sentencers can and should also bear in mind the Reduction in Sentence Guideline. That makes clear that a guilty plea may result in a different type of sentence or enable a Magistrates’ Court to retain jurisdiction, rather than committing for sentence.’

‘He is highly regarded, has his own gym and provides boxing lessons. He puts on boxing training for many young people in the community. He’s worked in a children’s care home and works within schools and raises money for hospitals.

‘He has sought to put back as much as he can into the community. He in his own words regards himself as a “good asset to the community” and he has shown a high degree of remorse for this matter.

‘That evening alcohol blurred his judgement and emotional stability at a time when the relationship had come to an end and he was having no further contact with his daughter. He is now desperate to re-stabilise his life.’

Sentencing Judge Angela Nield told McNamara: ‘The assault was frightening and prolonged against the mother of your little girl and a woman who was already sufficiently already alarmed by your behaviour.

‘She was vulnerable and in her own home and could not leave her home because your small child was present. For understandable reasons she did not wish to leave her alone with you and to flee the property which she no doubt would have dearly wished to do.

‘But it is without question correct that the current difficulties do merit this court considering whether this sentence is suspended. You have already served the equivalent of an eight month sentence of imprisonment, one served in particularly difficult circumstances given the current pandemic and the need to maintain where possible containment of that within the prison service.

‘You in common with all who have been in custody over this difficult time have been largely constrained to your cell. The current crisis within the prison environment is one factor that is urged upon me as a mitigating feature in your case.

‘You also offer significant assistance to young people in the community with your popular gym and no doubt in that way avoids them spending time on the streets where they may find themselves falling into difficulties. You go into schools and assist with training and they include a school for children with special needs. Had you not pleaded guilty the starting point of your sentence would have been 20 months in jail.’

McNamara was also banned from contacting Miss Bent for five years under the terms of a restraining order. He was also ordered to abide by a 7pm-7am curfew and will have to take part in an alcohol rehabilitation programme.