A 16-year-old boy died after taking a concoction of ecstasy, cocaine and LSD for the first time in a bid to show off to friends.

Daniel Ferguson took the lethal cocktail of drugs after sneaking out of his family home in Ellesmere Port in Cheshire, late at night.

The teenager, who was described his grandmother as a ‘caring and selfless homely lad’ who rarely went out and spent his pocket money on his family, was found by police after reports of a scuffle and died in hospital the next day.

CCTV footage showed the young farm worker, who was ‘very anti-drugs’, being viciously assaulted by several boys as he lay on the floor.

Daniel Ferguson died after taking ecstasy, cocaine and LSD for the first time

Police called to reports of a 3am scuffle found the teenager slumped but conscious on an abandoned sofa.

He was taken to hospital but he suffered a seizure and a number of cardiac arrests and died later that day.

Police are continuing to investigate who supplied Daniel with the drugs and have quizzed and bailed five youths.

The youngster’s mother has since passed away after a battle with cancer.

An inquest heard the teenager, who worked as a farmhand, who would often stay in and play on his Xbox.

His grandmother Carol Ferguson, 65, said: ‘Daniel didn’t really go out much and was a homely lad.

‘He was caring and selfless, often spending his £10 a week pocket money on his family.

‘Daniel used to love playing on his Xbox and just chilling at home. The family are deeply shocked and are finding it difficult to get their heads around and understand what has happened.’

In a statement read to the Warrington hearing, she added: ‘On March 8 I went to work at about 4pm and Daniel went out at about 5.30pm. I didn’t think anything of it because Daniel doesn’t go out much.

‘He came back at 8.30pm saying he had been out with a friend and went upstairs to play on his Xbox.

‘At midnight, he came downstairs and said he was tired and that he was going to sleep but this was the last time I saw Daniel and at 6.30am I was awoken by a call from the police telling me that he was in hospital.

‘I have racked my brains as to why Daniel would have been out at that time and taking drugs.’ 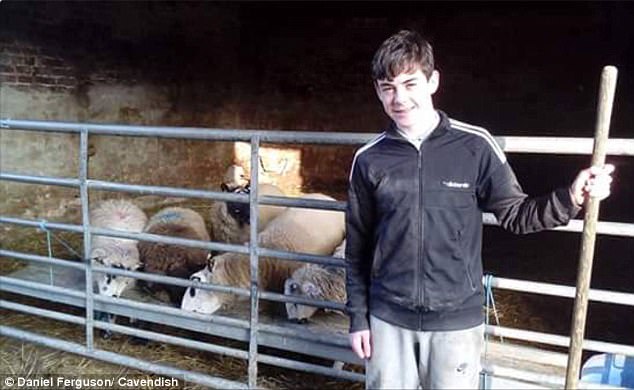 An inquest heard the teenager, who worked as a farmhand, who would often stay in and play on his Xbox

PC Chris Tyler, who was on mobile patrol on the morning of March 9, told the hearing: ‘I received a call at 03.50am that several males were assaulting another male as he lay on the floor.

‘When I arrived the males saw us and rode off on their bikes. I could see Daniel lying on what looked like an abandoned sofa.

‘I could tell that he was under the influence of drugs as his eyes were glazed over and his jaw was swinging back and fourth. I took hold of his arm to help him up and he was extremely hot and sweaty and so I rang for an ambulance.

‘He was able to have a conversation with us and when I asked what he had taken he said cocaine, pills and acid. When I asked him why he said: “I think I was just showing off in front of my mates.”‘

Consultant at the Countess of Chester Hospital, Dr Simon Ridler, told the inquest doctors were unable to record Daniel’s temperature after it soared above 41 degrees.

He said Daniel had a cardiac arrest, then deteriorated when his conscious level dropped, had a seizure and he did not fully regain consciousness.

He added: ‘We needed to move him to the intensive care unit but with the history of the assault we needed to perform a CT scan.’

Daniel suffered a further two cardiac arrests and was transferred for specialist treatment at South Manchester Hospital but had a final cardiac arrest and was unable to be resuscitated. 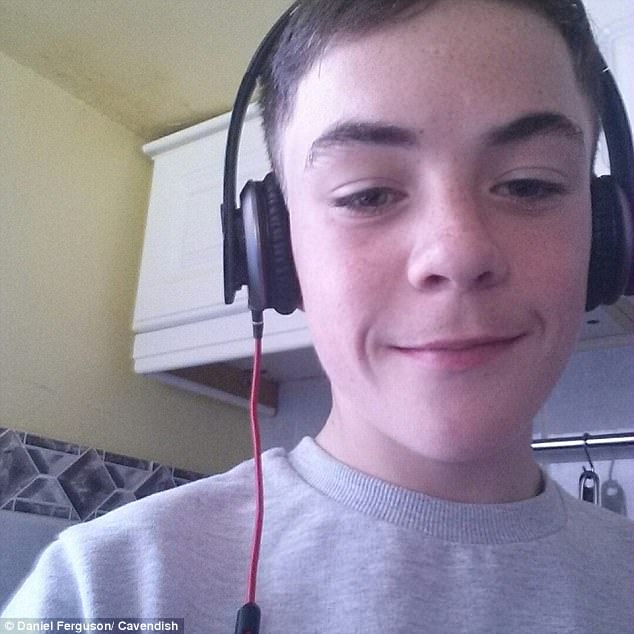 Recording the cause of death as MDMA toxicity Pathologist Dr Brian Rogers said CCTV footage recorded at 3am showed ‘Daniel’s behaviour had changed.’

‘A number of incidents occurred where he was punched by a number of males and a further incident of assault where he was found in a collapsed state,’ he added.

He suffered a number of fractures and bruises to his ribs, however his injuries did not contribute to his death, the pathologist added. Police ruled out assault as being a factor in his death.

A toxicology report confirmed Daniel had 3,400mg of MDMA in his blood.

The coroner recorded a verdict of drug related death.

Mrs Ferguson said after the inquest: ‘Daniel never went out. He wasn’t a drug taker, he never took drugs – he was very anti-drugs. If I mentioned anything about drugs he would always say to me “Nan, if they didn’t take drugs it wouldn’t happen”.

‘In my mind I think that a drug dealer gave Daniel the drugs and carried on giving them to him until he overdosed. For me that’s manslaughter although police have said manslaughter would be very hard to prove because Daniel took the tablets of his own accord.

‘Daniel’s mother has since died about two weeks ago so the two have gone in six months so we are trying to fill the hole. She had cancer which Daniel didn’t know about – he died before she was diagnosed.

‘He had a little job at a farm and he would come in have a shower, watch a bit of television with me and then go upstairs on his Xbox and would stay there till 12am.

‘It was the same for him everyday but on this occasion he just decided to go out and he never came back.’

His father, David Ferguson, 47, added: ‘I think he has just been peer pressured.’