Boy, 17, is charged with alleged sexual offences against children at nursery in Torquay

Boy, 17, is charged with alleged sexual offences, including rape, against at least eight children at a nursery in Torquay

A 17-year-old boy has been charged in connection with alleged sexual offences, including one allegation of rape, against children at a nursery.

The teenager is accused of sexually abusing at least eight children at Jack and Jill Childcare in Torquay, Devon.

The alleged incidents, which include one count of rape against a child and 13 counts of sexual touching against eight children, are said to have taken place at the nursery last year.

Police confirmed the accused has also been charged with two counts of historic rape, but these there are not linked to the nursery, which closed in January.

A teenager, 17, is accused of sexually abusing eight children at Jack and Jill Childcare in Torquay, Devon (pictured).

The teenager, who cannot legally be named due to being under the age of 18, is due to appear at a local youth court, though no date has yet been confirmed.

Devon and Cornwall Police published details of the charges today and reminded the public not to speculate about the teenager’s identity or those of any victims on social media.

A spokesperson for the force said: ‘Any alleged victim of a sexual crime is automatically granted anonymity for life; regardless of age and the outcome of any subsequent criminal trial.

‘Any suspect under the age of 18 is also by law not allowed to be identified.

‘These rules are not solely for media organisations to adhere to, they also apply to members of the public and includes information posted via social media. 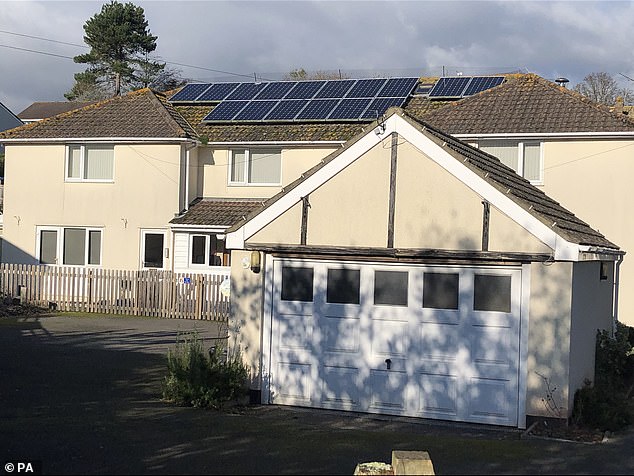 The alleged incidents, which include one count of rape and 13 counts of sexual touching against eight children, are said to have taken place at the nursery (pictured) in July last year

‘Any breach of anonymity may be seen as interfering with a live investigation and an active criminal trial, and therefore could see those who do not adhere found in contempt of court.

‘This means that they could find themselves called before a judge and ultimately receive a criminal record as a consequence.

‘We therefore remind the public that it is vital that they do not speculate on the identity of either the victim or the suspect in this case.’

Jack and Jill Childcare Limited stopped trading in November last year and confirmed in January it had taken the decision to close for good.

The childcare business had been operating for 15 years.