Boy, 5, who was shot in head celebrate Christmas at home

A little boy who was shot by a stray bullet in New York on his fifth birthday will be home for Christmas after spending last year’s in the hospital.

Little Jaheem Hunter was with his father on June 5 of 2016 when a man in an altercation outside their home fired off shots, striking Jaheem in the head and piercing his skull. He was only able to return home two weeks ago from the Blythedale Children’s Hospital in Westchester

He had to relearn everything from walking to writing and talking, but the little miracle was stronger than what he had endured, and made a remarkable recovery. 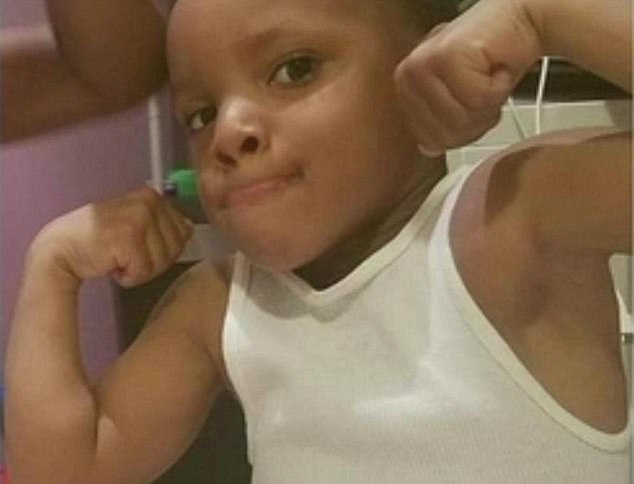 Jaheem will have a beautiful Christmas with his loved ones, as they will be spending time in a suite at Madison Square Garden watching the Knicks play

‘It’s going to be a really good Christmas for him,’ his aunt, Lauren Gaskins, 23, told the Daily News. ‘He’s excited.’

He will be staying with his sister and guardian Aja Holmes, 35, in her Yonkers which is near the hospital. He’s also going to be able to go to kindergarten nearby as well.

The little Christmas miracle has also been visited by some special guests.

Jaheem has been spending hours practicing on his hand eye coordination at Blythedale by shooting hoops at the hopsital, according to the Daily News. He was ready for the big game.

On Christmas day he will be spending time with his family in a suite at Madison Square Garden watching the Knicks play- courtesy of the Garden of Dreams Foundation.

Just before Thanksgiving, Jaheen was allowed to take the helmet off that was protecting his brain.

‘He had his skull put back in his head,’ Gaskins said. ‘It was out for the months after he was shot. It was just a soft spot.’ 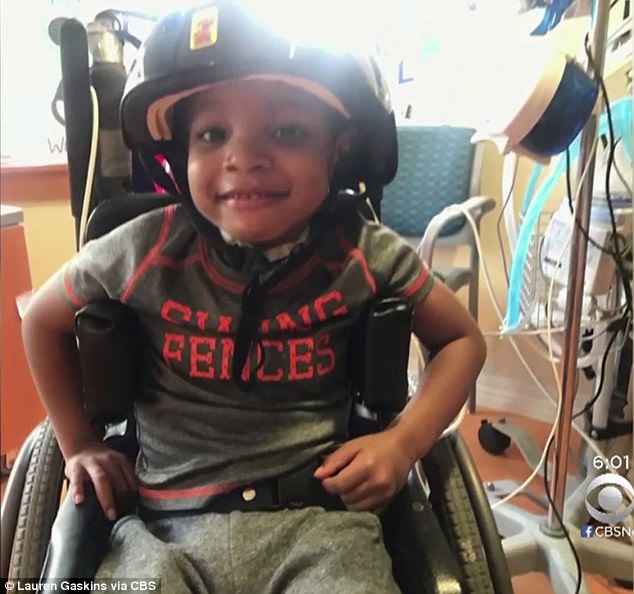 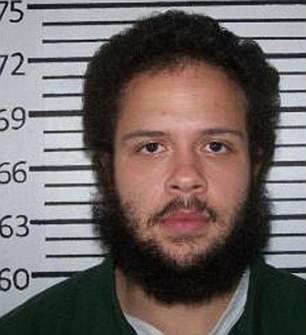 The suspected shooter, Michael Quiles, remains behind bars this Christmas

His sister is elated by his progress.

He has a long road to go however as he still walks with a limp, and he needs an operation to remove a gastrointestinal tube. He also still has some bullet fragments lodged in his brain.

A GoFundMe page has raised over $9,000 for his much needed ongoing medical care.

The suspected gunman, Michael Quiles, 27, was arrested following the shooting that transipired over an argument about a drug deal.

Quiles is charged was charged with attempted murder, assault and gun possession, and has remained behind bars.

Jaheem’s family initially didn’t tell him how he sustained his injuries as they didn’t want to scare him- and it seems it was likely the best tactic to help keep his spirits up through his recovery.

‘We told him different stories,’ Holmes said. ‘You fell and hit your head,’ because he did — after he got hit. He kept asking ‘How? How did I hit my head?’ Because he knew there was more to the story.’

‘I didn’t tell him until he was home and I could monitor him to see how he reacted,’ she said. ‘He took it very well. He said, ”God saved me and you saved me.”

He asked his sister if the man that shot him was in jail.

‘I said, ”Yes … he did it by mistake but he was trying to hurt someone else.” He kept asking questions. I tell him ‘That’s why you’re a miracle — you’re strong and you made it.’ He said ”Am I a superhero?” And I said, ‘yes.’