Boy, eight, takes his parents’ car on 90mph autobahn joyride and is only caught when he pulled over because the high-speed ride made him feel unwell

An eight-year-old German boy had to be rescued by police after taking his mother’s car on a 87mph joy ride down the autobahn.

The boy’s mother, who has not been named, reported him missing along with her automatic VW Golf from the family’s house in Soest at 12.25am Wednesday.

Officers found the boy around an hour later about five miles away at a rest area along the A44 motorway, headed towards Dortmund.

When confronted, the boy told officers he ‘just wanted to drive a little bit’ but stopped the car after he began to feel unwell.

He then burst into tears.

The boy’s mother explained to officers that he regularly drives bumper cars and go-karts, and learned to drive full-sized cars on private property.

Fortunately, no property or people were hurt during the late-night joyride.

The police posted about the incident on Facebook along with a picture of the boy, without saying if legal action will be taken against the family. 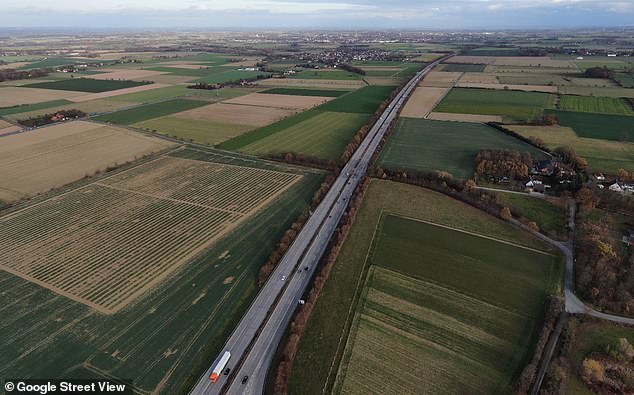 The boy was reported missing from his parents’ home in Soest at 12.25am Wednesday before officers found him an hour later at a rest stop on the A44 (pictured)