Boy is sent to air by throwing firecrackers down the sewer

This is the shocking moment a young boy was blasted some 10 feet into the air after throwing a lit firecracker down a sewer.

Onlookers were shocked when the explosion occurred on a busy street in China. 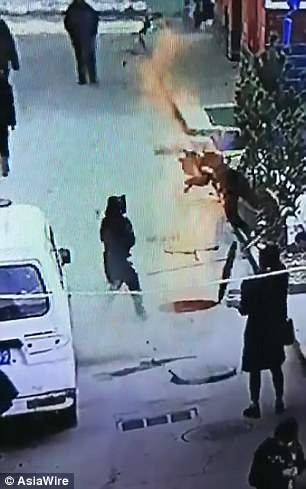 A young boy is seen lighting a firecracker at a sewer on a street in China (left). It causes an explosion as soon as the fire combusted with the methane gas in the sewer (right)

According to ifeng.com, the boy had lit up the methane in the sewer which caused the accident.

The colourless gas reacted with ignition and caused a combustion that sent the boy some three metres high (10 feet) into the air.

A few onlookers can be seen walking past, as the clip showed.

The young boy, whose details have not been revealed, appeared to be lighting a firecracker near the manhole. 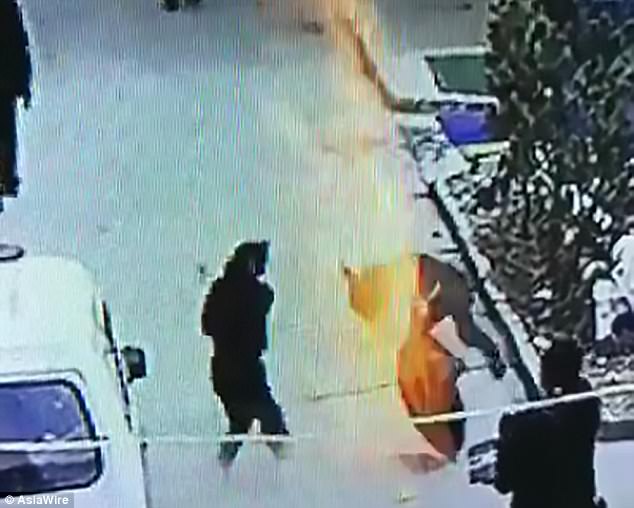 Another young boy came by to watch and seconds later, the explosion occurred.

The sewage cover was left open on the road as other onlookers watched.

The report didn’t mention if the boy has survived, or if he has suffered any serious injuries.

It’s also not known where the incident took place, but the clip was posted on Weibo to remind web users to be careful during Chinese New Year celebration.