The Boy Scouts of America has announced it will now allow a Utah teenager with Down syndrome and autism to try for a top award after his father filed a lawsuit against them.

Logan Blythe, 15, had achieved 20 medals by taking part in a modified programme and was well on his way to becoming an Eagle Scout, but was told he could not continue because of allowances previously made for his disabilities.

But today the organisation announced it would be allowing Logan to take part in the award programme and ‘apologized for the confusion’ that convinced his family this would not be the case. 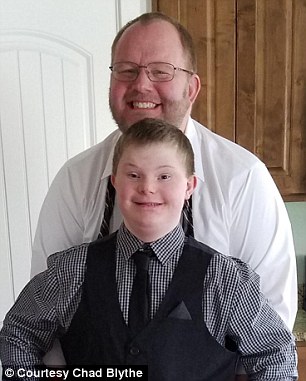 Logan Blythe, 15, (pictured in his Scout uniform, left, and with his father Chad, right) had been able to progress through the National Parks Council in Utah by taking part in a modified programme

Scout leaders approved Logan’s application to join the Alternative Eagle Scout Programme in November 2017, but said a day later they had decided the allowances previously made for his disabilities meant he was no longer eligible.

His father, Chad, from Payton, Utah, sued the Boy Scouts of America and the Utah National Parks Council for a nominal $1, citing ‘outrageous and reckless conduct’.

Mr Blythe told DailyMail.com Tuesday that Logan was ‘disappointed and upset’ at hearing his medals counted for nothing.

But the Boy Scouts today said all his previous 20 medals were still valid and officials would help his family get him through the Eagle programme. 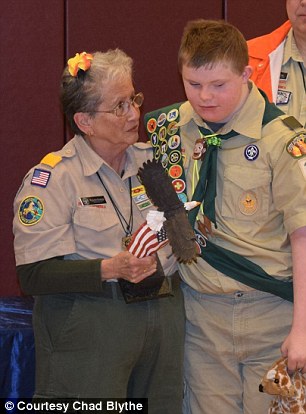 Mr Blythe was angry the Scouts did not warn Logan he would not be able to complete the Eagle programme before he put in his application. The Scouts have since announced Logan will be allowed to continue with the award

A statement posted online read: ‘We apologize for the confusion and want to be very clear: the option to earn the rank of Eagle Scout has been – and still is – available to Logan.

‘We remain inspired by his dedication to Scouting, and we hope to continue working with Logan and his family to support him in the effort to earn the rank of Eagle Scout through the engagement of our National Disabilities Advancement Team.’

Mr Blythe was angry the Scouts did not warn Logan he would not be able to complete the Alternative Eagle Scout Programme before he put in his application.

The scheme aims to allow young people with disabilities to carry out alternative tasks where they are unable to achieve the standard badge.

When Mr Blythe asked if there were alternatives Logan could try, he was told that participants ‘must do the requirements as written, including leadership responsibilities’.

Mr Blythe said positive messages from supporters had persuaded him to continue with his legal bid.

‘We’ve had support all across the country and from other countries, including Great Britain,’ he added. ‘We’ve been thrilled to see the outpouring of compassion.’ 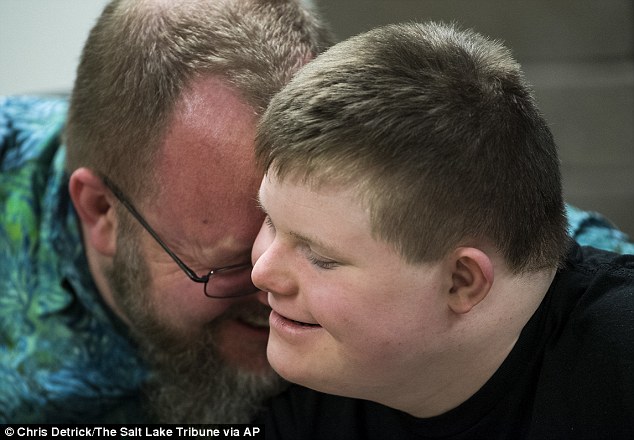 Mr Blythe (pictured with Logan) told DailyMail.com yesterday: ‘Logan was so disappointed and upset when he heard he would not be able to get the badge’ 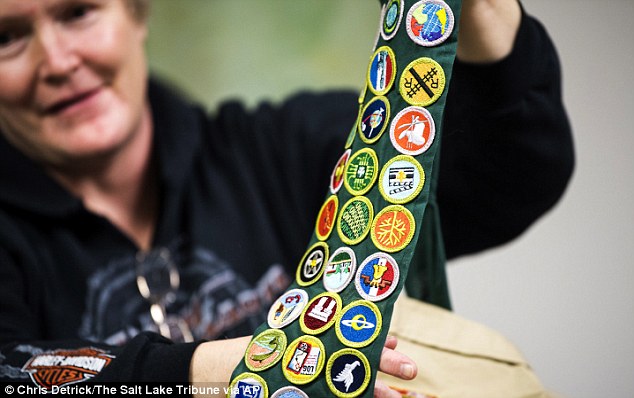 The Boy Scouts of America added in its statement today: ‘The process of achieving the Eagle Scout rank is rigorous for any Scout, but it is designed so that accommodations can be made for Scouts with disabilities or special needs.

‘The National Disabilities Advancement Team wants to work directly with the Blythe family to review what Logan has accomplished based on his abilities and help determine a path to earn the Eagle Scout rank that is both appropriate and empowering for him.

‘At its core, Scouting fosters the spirit of diversity and inclusiveness, and we are committed to continuing the Boy Scouts of America’s long history of working with Scouts with disabilities, including Logan Blythe, to help them succeed in and beyond Scouting. 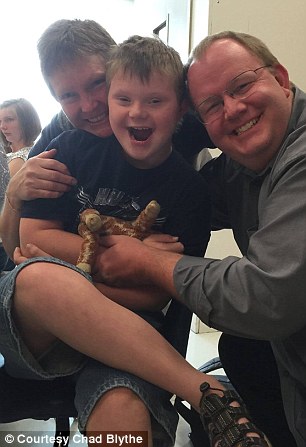 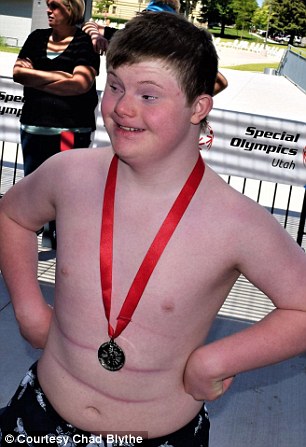 Mr Blythe said positive messages from supporters had persuaded him to mount his legal bid. He is pictured left with Diane and Logan 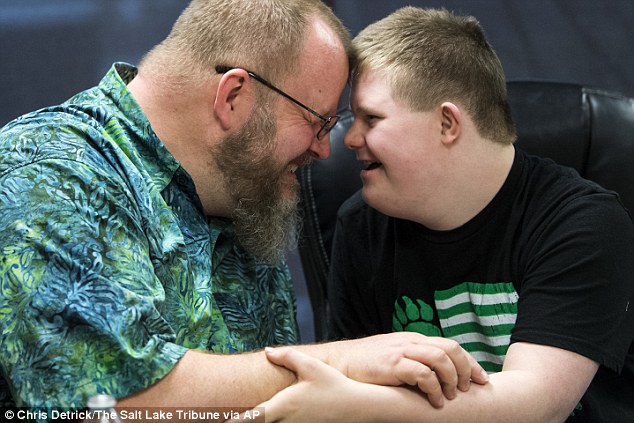 The Boy Scouts of America said: ‘We apologize for the confusion and want to be very clear: the option to earn the rank of Eagle Scout has been – and still is – available to Logan. Pictured: Chad and Logan