Boy, two, fights for life after drunk Russian grandfather threw him in his OVEN

Boy, two, fights for life after drunk Russian grandfather threw him in his OVEN because he ‘saw the devil in him’ while looking after the child

A Russian grandfather threw his two year old grandchild into a scalding oven because he ‘saw the devil in the boy’ during a drinking session.

The unnamed boy from Omsk in Russia was rescued from the stove but is in a ‘grave’ condition after suffering acute burns over 50 per cent of his body.

The child has been placed in a coma and hooked up to a breathing machine as he fights for his life in hospital. 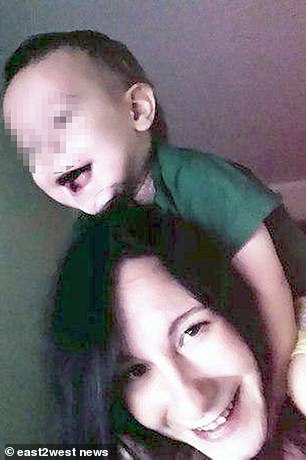 A two-year-old boy has been left fighting for life with burns to 50 per cent of his body after mother Irina Andreeva, 21 (right), left him in the care of his grandparents in Russia 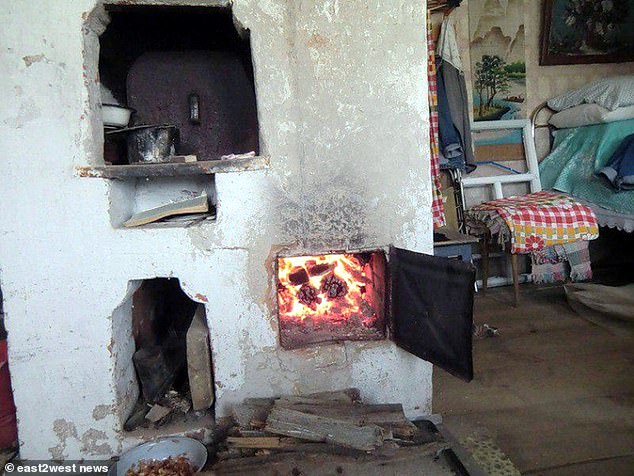 The boy’s 53-year-old grandfather, who has not been named, threw the boy into this oven at the family home after ‘seeing the devil in him’ during a drinking session

‘He is in a grave condition. It is too early to make any forecasts.

‘When we deal with such burns it is impossible to understand his condition. It can deteriorate for four days.

‘Doctors are currently doing everything to ease the child’s sufferings.’

The 53-year-old grandfather was described as ‘delirious’ when he ‘saw the devil’ in the boy during a drinking session with the child’s grandmother, reported Life.

Fearing Satan, he threw the child on into the scorching oven, it was alleged.

The couple were babysitting the toddler at the time.

Police – who detained the man – said he ‘pushed the child into the scalding oven with the purpose killing him’. 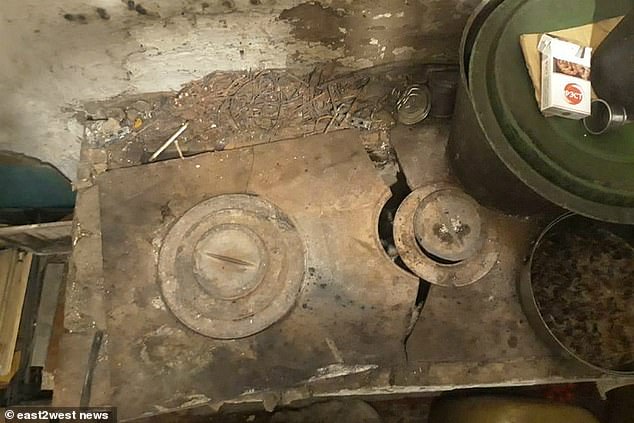 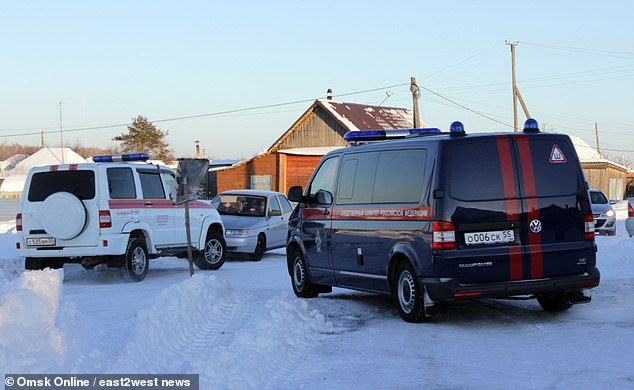 Police said the grandfather had been drinking for several days and was unable to offer another explanation for his behaviour. He faces a long prison sentence if convicted

The wife and a female neighbour rushed back inside and pulled the screaming toddler out of the oven.

The grandparents were caring for the child while their daughter – the boy’s 21-year-old mother Irina Andreeva – was working.

An ambulance chief said: ‘We managed to bring the child out alive.

‘It is such a terrifying story. This is like something the Gestapo would do.’

A police source said: ‘The suspect was detained in the state of strong alcoholic intoxication.

‘He had been drinking for several days and most likely his brain was affected. He did not give any other reason.’

He faces a long prison sentence if convicted. 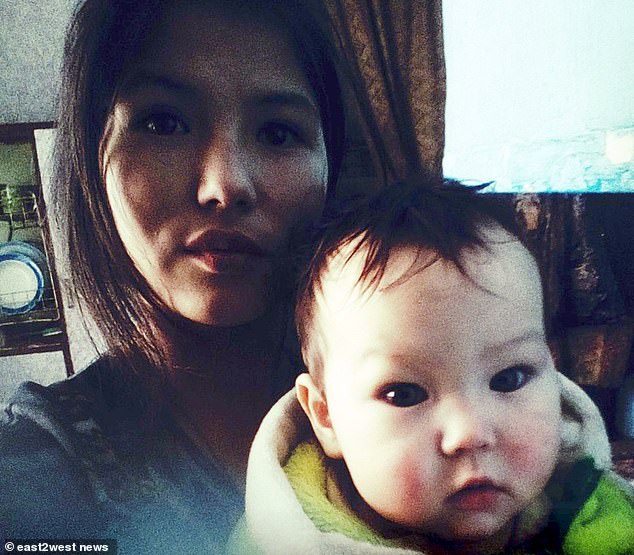 It comes after 11-month-old Maxim Sagalakov (right, with mother Viktoria) died after being thrown into an oven by his grandparents during a drinking session

It is the second Russian case in three months of a child being burned in such a way by grandparents.

In January an 11-month-old baby died after being placed in the over by her grandfather, according to police.

The boy, called Maxim Sagalakov, was left by his mother Viktoria, 20, in the care of her parents in the Khakassia region of Russia.

When she returned, the distraught woman found the child’s charred remains in the stove of the family’s house in Kharoy village.

‘The grandparents were drunk and killed the baby,’ said a statement from the regional Investigative Committee in charge of probing serious crime.

‘A family member found the body of the boy badly damaged by the high temperature inside the stove.’