The boyfriend of a pregnant British woman who was killed in a crash after he lost control of the scooter they were riding in Thailand has narrowly avoided jail time.

Danny Glass, 30, from Margate, Kent, was charged with causing death by reckless driving after his partner Sophie Emma Rose, 41, was thrown off their scooter and hit by a truck in May, 2017.

A court in Phuket, Thailand, handed Glass a suspended jail sentence and fined him 15,000 bhat (£340) over the fatal incident.

Escape: Danny Glass was given a suspended jail sentence after being charged with death by reckless driving over the crash which killed his pregnant partner Sophie Emma Rose

Glass, a former drug addict, claims he was driving behind a car when it stopped suddenly, causing him to slam on his brakes and lose control of his scooter.

He says he was thrown off into the road along with Ms Rose, who was then hit by the truck, killing her instantly despite the fact that she was wearing a helmet.

Both Glass and Ms Rose, a mother-of-one who was six months pregnant at the time of her death, were ‘YouTube personalities’ and made video blogs about their lives since relocating to Thailand from the UK.

In a video uploaded today, Glass revealed his sentence, admitting that he has ‘made mistakes’ and done things ‘he is not proud of’, and attacked media reports of the fatal incident.

In the clip, entitled ‘The Media Hating on Me And Having A Positive Effect On Me!, he states that he has turned the trial over the death of his partner and mother of his unborn child into a ‘positive’ experience.

He attacks ‘the media’ stating that the reports have been negative, while also claiming that he has not read any articles written about him. 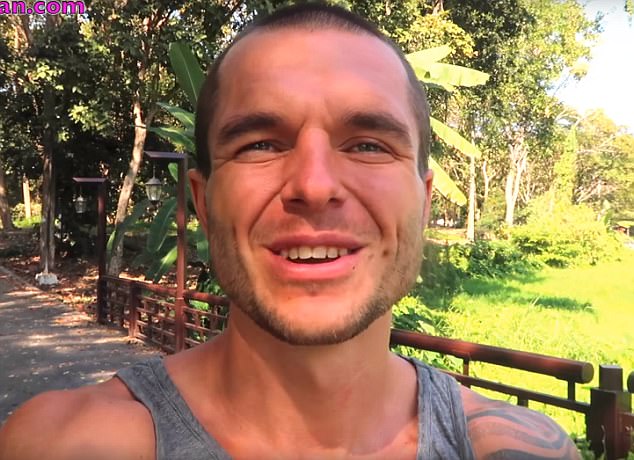 In a video, Glass stated that he has turned the trial into a ‘positive’ experience, despite media coverage of the court case, and his promotion of using turpentine as medication 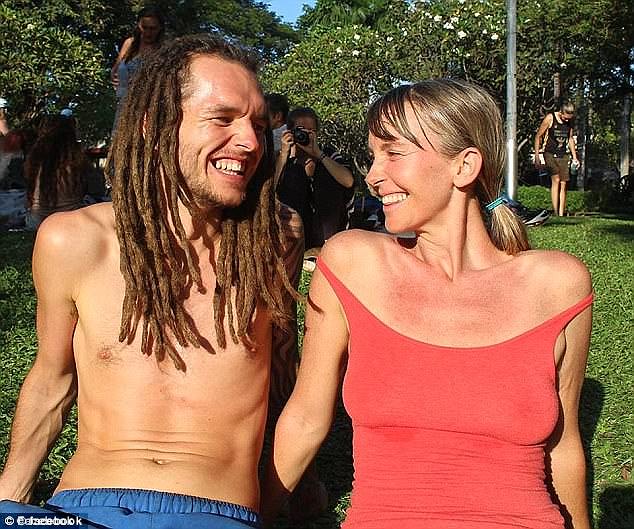 Tragedy: Sophie Emma Rose, 41, was thrown off the scooter driven by Glass and hit by a truck in Phuket, Thailand, in May, 2017 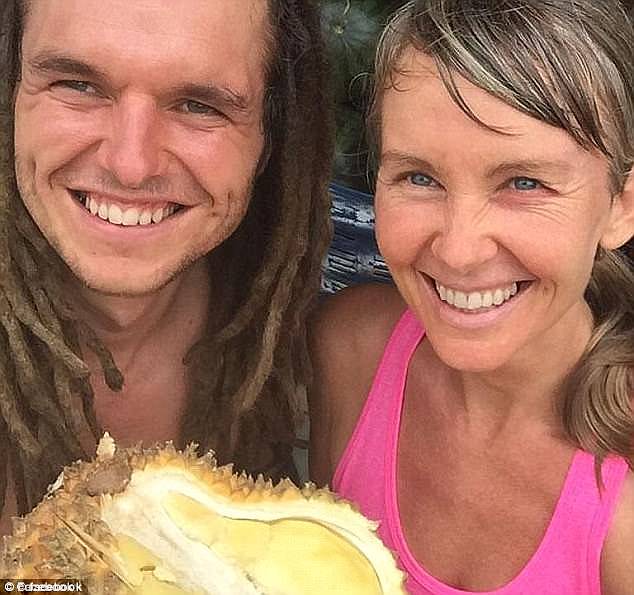 Vloggers: Both Ms Rose and Glass were originally from the UK but had moved to Thailand

Much of the recent media coverage has focused not on the trial, but Glass’s passionate advocacy of using bleach and turpentine as medication.

Operating under the name Sun Fruit Dan, Glass frequently uses his video channel to claim that ingesting the poisonous chemicals will cure a whole range of ills.

Among his shocking suggestions is the idea that giving autistic children turpentine three times per day can to get rid of ‘parasites’, which he believes cause autism.

His practices were exposed over the weekend by The Mirror, which found that six police forces in the UK are investigating allegations that children are being forced to drink bleach and turpentine following promotion by online advocates such as Glass.

In today’s YouTube video, Glass hit back at the critique of his advertisement of turpentine and bleach as medicine, claiming the it reflected a fear among pharmaceutical companies. 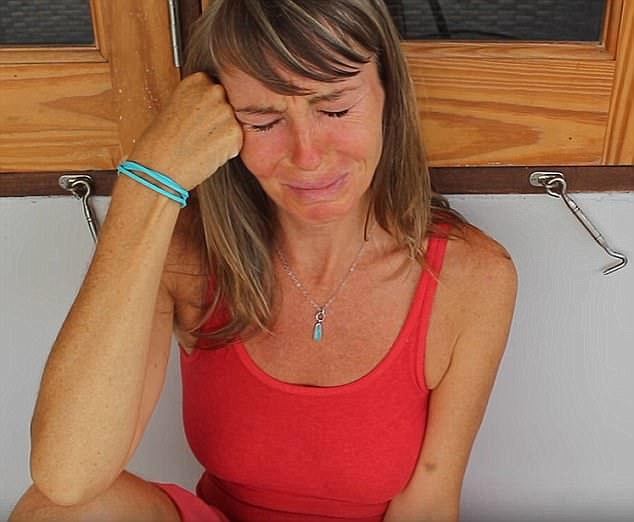 Revelations: A few months before her deaths, at three months pregnant, Ms Rose revealed that she did not feel safe around her partner 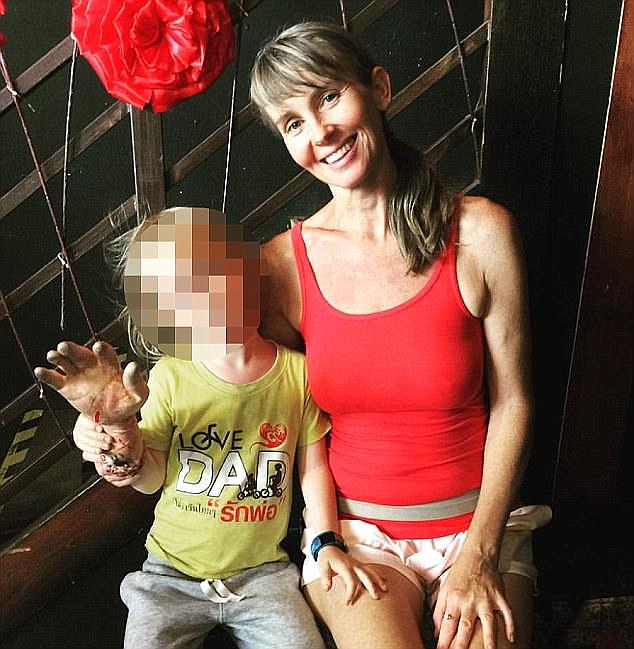 The late Ms Rose, from Blackpool, was also well-known for YouTube videos.

Her clips often showed her breastfeeding her then-five-year-old son Shaye and she even appeared on This Morning via video link to promote the practice.

However, in the weeks before her death, she had uploaded an emotional video claiming she did not ‘feel safe’ around Glass.

Ms Rose, 41, confessed: ‘I’m nearly three months pregnant. I do not want to be dealing with what I am dealing with in my life now where I am pregnant and alone and where I cannot be in contact with the father of my child, the father of the baby I carry inside me now.

‘I cannot be in contact with him because I do not feel safe with him.’

She added: ‘I’ve allowed myself to stay in a situation I have not felt safe with for a long time.’

WHAT IS MIRACLE MINERAL SOLUTION? THE DEADLY BLEACH PEDDLED TO PARENTS TO ‘CURE’ AUTISM, CANCER AND MALARIA

Government health watchdogs issued an urgent warning about miracle mineral solution (MMS), which has since sold thousands of bottles worldwide, in 2010.

A deluge of serious complaints forced the Food Standards Agency to urge people who bought the drink to throw it away.

Those who had tried it suffered agonising bouts of nausea and diarrhoea after taking just a few drops of the fluid.

It was reported at the time that MMS contains 28 per cent sodium chlorite solution – the equivalent to industrial strength bleach.

The FSA warned at the time that this was six times the amount that can be found in a bottle of Domestos bleach.

Its makers claim it can cure cancer, malaria and even autism – but no scientific evidence exists.

Bottles of the liquid cost in the region of £30 ($42) and it must be mixed with citric acid to produce chlorine dioxide. In large doses it could prove fatal.

It is reportedly stocked in some shops, but can also be bought online.