Boyfriend’s reaction is hilarious as woman attempts the ‘influencer challenge’

One woman secretly recorded her boyfriend’s reaction as she joined the ‘influencer challenge’ by making wild claims about her diet, which left him more than a little perplexed.

The light-hearted video was filmed at the couple’s home in St Petersburg, Florida.

The woman pretended to launch into a spiel about her ‘new diet and exercise regime’ which both she, and her confused other half, knew was a pack of lies.

In the clip, the woman’s boyfriend can be seen sat at the kitchen table in a checkered shirt and with his laptop on his knee as she begins her fake broadcast.

He scoops his phone off the table as she begins: ‘Hey ladies, I wanted to go live and talk to you about my weight loss routine and what’s going on.

‘It’s been about a month now, I’ve changed my eating habits, I’ve cut out carbs completely, I don’t eat any sugar at all…’ 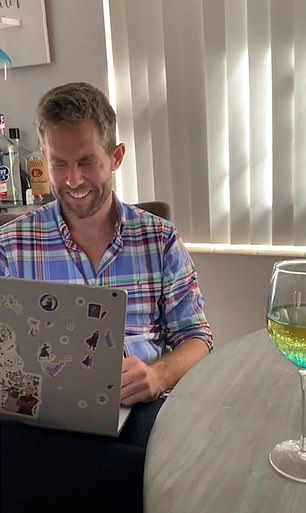 The light-hearted video was filmed at the couple’s home in St Petersburg, Florida, as one woman secretly recorded her boyfriend’s reaction as she joined the ‘influencer challenge’

The woman’s boyfriend, who has been unfazed until now, raises his head slightly and looks into the distance as if trying to work out what had just been said.

But he remains quiet as she continues: ‘I had to watch Kendall eat a waffle today and it pained me because I couldn’t have any of it. And yes that includes alcohol, I have not had alcohol in a month.’

At this point, the unnamed man looks up from his laptop and pulls a face as he gestures toward the glass of white wine sitting on the table in front of her.

He smiles wryly and scrunches his eyes shut in disbelief as he tries not to ruin her live broadcast.

The woman continues: ‘It is tough but its worth it.’ 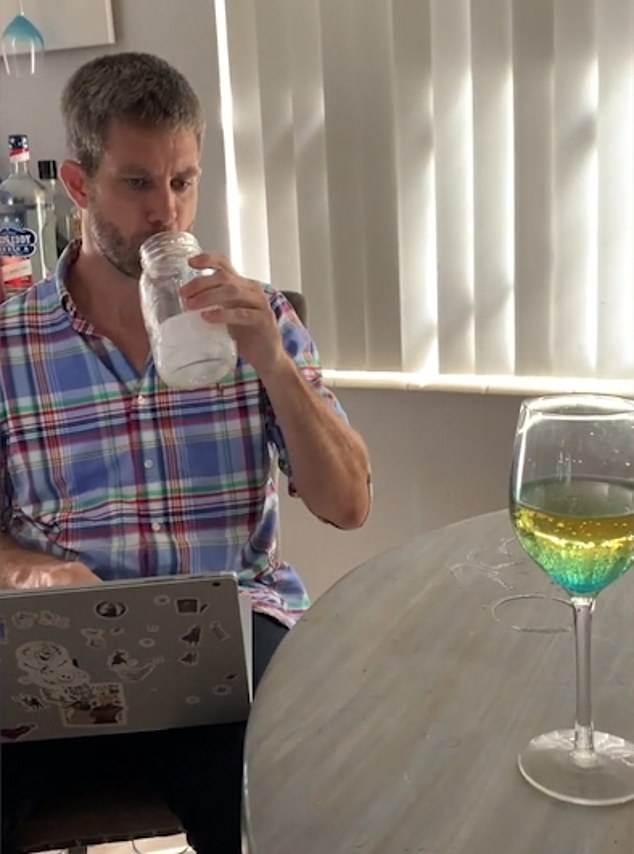 The man picks up an iced juice bottle just as his mischievous girlfriend claims to walk between 8,000 and 10,000 steps every day 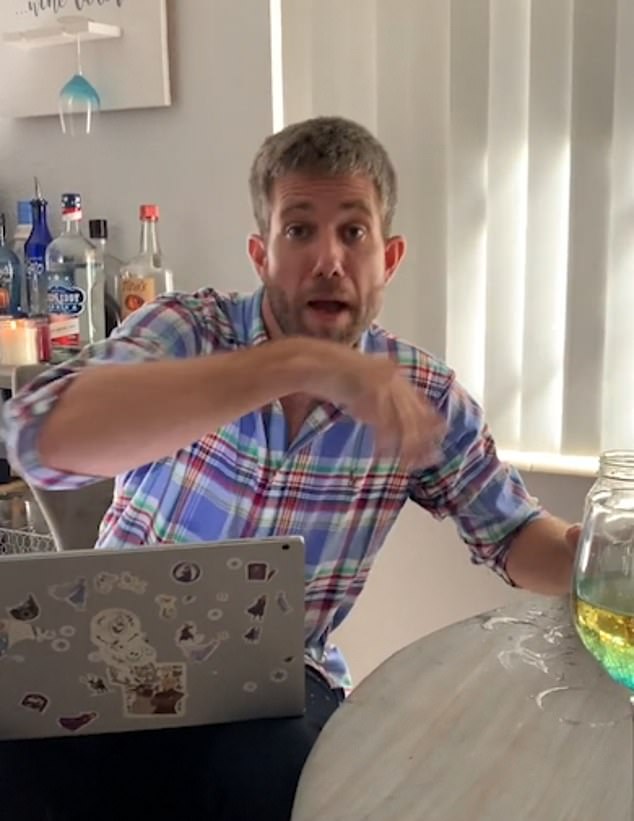 The man spits his drink across the room as he bursts into laughter. He dribbles the rest out of his mouth as the woman momentarily stops her apparent broadcast before he apologies and she can continue

Her boyfriend then throws his head into his hands as he silently giggles knowing that what she is supposedly telling her followers are blatant lies.

But the mischievous woman is not done yet as she launches into another tirade of embellishments which prompt varying reactions from her boyfriend.

This particular statement causes the man, who had just picked up an iced juice bottle, to spit his drink across the room as he bursts into laughter.

He dribbles the rest out of his mouth as the woman momentarily stops her apparent broadcast before he apologies and she can continue.

Speaking after recording, the woman behind the prank said: ‘My boyfriend thought I was Live in my Facebook group talking about my new diet and exercise routine.

‘However, everything I was saying was lies. I made sure to eat sugar and carbs in front of him all day so he knew I wasn’t dieting.’

The clip, which was filmed on August 4, was part of a viral influencer challenge popular on TikTok.

Those filming have to pretend to be an influencer and record a message on their phone in front of a partner, friend or family member while secretly recording their reaction with their camera flipped.