Boys who are confused about their gender pronounce the letter ‘S’ with a lisp, a leading researcher claims.

Benjamin Munson, a linguistics professor at the University of Minnesota in the US, has studied speech patterns in children.

FILE photo: A new study suggests that boys who pronounce the letter ‘S’ with a lisp, could be confused about their gender

He claims that from the age of five, boys who attend gender clinics are often found to lisp. As they get older, they produce a sharper sounding ‘S’, which is similar to the way girls pronounce it.

This is different from boys not attending gender clinics. Professor Munson said the difference between boys with gender dysphoria and those who had not been diagnosed with it could be picked out in blind tests.

He told the American Association for the Advancement of Science in Austin, Texas: ‘At every age, we find that the boys with gender dysphoria have some kind of a distinctive ‘S’.

‘It was more likely to be a lisped ‘S’ for the younger boys with the diagnosis, and more likely to be a crisp ‘S’ when the boys were older.’ In his study, adults listening to boys’ voices had to assess them for masculinity or femininity on a scale of one to six.

Before puberty, there is no physical reason why boys and girls should sound different when they pronounce an ‘S’ as their vocal apparatus is much the same. It is only during adolescence that boys’ voices break and become deeper. 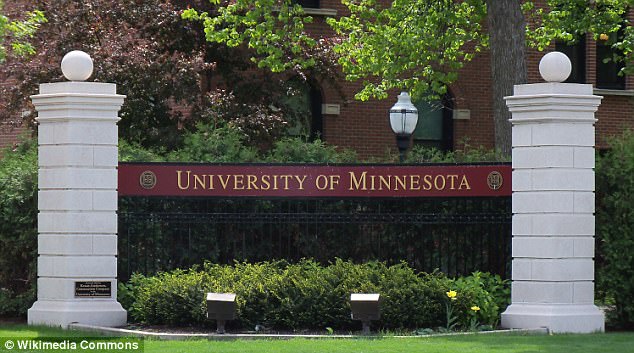 Benjamin Munson, a linguistics professor at the University of Minnesota in the US, made the claims after studying speech patterns in children

Explaining why he became interested in the speech patterns, he said: ‘Variation in pronouncing ‘S’ is not linked to anatomical variation, so it’s a really interesting socially meaningful sound.’

It is not clear whether the tendency to lisp is caused by nature or nurture, he added. Boys are more likely to have a lisp because their speech development lags behind girls, research suggests.

One possibility is that children identify and emulate one sex more than the other.

Girls may be hard-wired to emulate women, and boys to identify with male voices. However, this is more difficult for boys than for girls, Professor Munson said, as men’s voices are much deeper.