Now THAT’S access all areas: Brad Fittler interrupts Billy Walters in the middle of a DRUG TEST – and the Broncos hooker hits him with a hilarious comeback

Footy legend Brad Fittler is renowned for his left-field interview style – and on Thursday night he was up to his old tricks, chatting with Broncos hooker Billy Walters in the middle of a drug test.

In bizarre scenes, the Channel 9 identity initially spoke with Brisbane forward Pat Carrigan before turning his attention to a bemused Walters.

‘Is he [Walters] sweet?’ Fittler could be heard saying to the drug tester on live television.

‘Halfway during a drug test,’ Fittler observes as he starts the interview.

‘Is he sweet? Yeah?’ Fittler asks the man performing the test.

As the camera panned to the tester, Walters responded, ‘I’ve still gotta pee in the cup yet, so we will see.’

Fittler roams the sheds in the winning dressing room after most games on a Thursday or Friday night, alternating the role with fellow commentator Andrew Johns.

Many viewers love the fly on the wall access – but interviewing a player mid-drug test was an extreme example.

At Accor Stadium in Sydney’s west, Adam Reynolds had the last laugh against the Rabbitohs with a man of the match performance in Brisbane’s 32-12 victory.

The halfback tormented his old team, finishing with two try assists as well as a four-pointer himself in a masterful 80-minute effort.

With the drug tester waiting off camera, Fittler and Billy Walters then reflected on the Broncos’ impressive win over the Rabbitohs on Thursday night 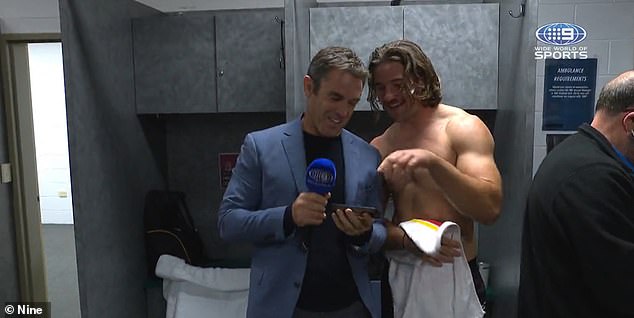 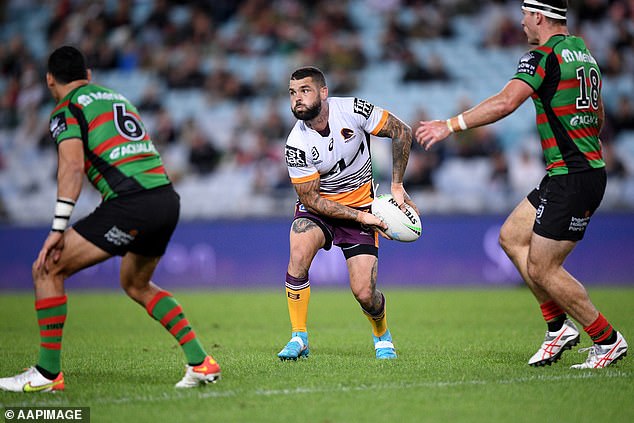 Speaking at fulltime, the playmaker was happy with the result, and Reynolds is also confident Brisbane can keep building following three successive wins.

‘The fact that we are getting better as a team is more important than my own performance,’ he said.

‘Our defence is improving every week and it is enjoyable footy. ‘I’m excited about the new chapter at the Broncos.’