Bradford neighbours saw a baby plunging to his death

Shocked neighbours who saw a naked baby plunging to his death from a sixth floor flat thought it was a ‘doll’ as a young mother is arrested on suspicion of murder.

She has been named locally as 23-year-old Gemma Procter.

Officers were called to the Newcastle House flats in Bradford at about 5.10pm on Saturday afternoon following a report that a child had suffered life-threatening injuries. It quickly became clear the 18-month-old boy had died, West Yorkshire Police said.

Horrified residents today spoke of the shocking moment they saw the baby fall to his death. 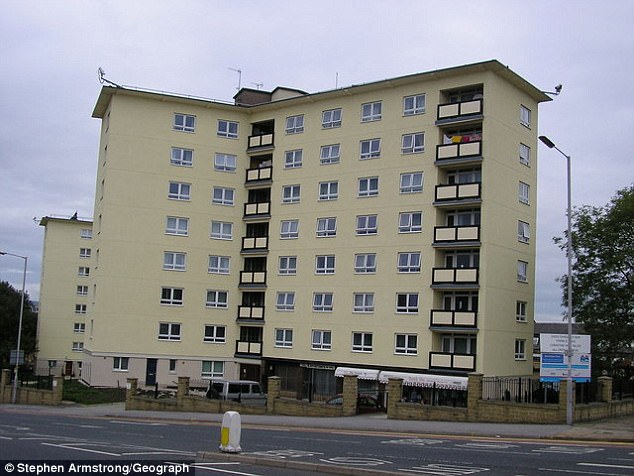 Officers were called to the Newcastle House flats in Bradford at about 5.10pm on Saturday afternoon following a report that a child had suffered life-threatening injuries 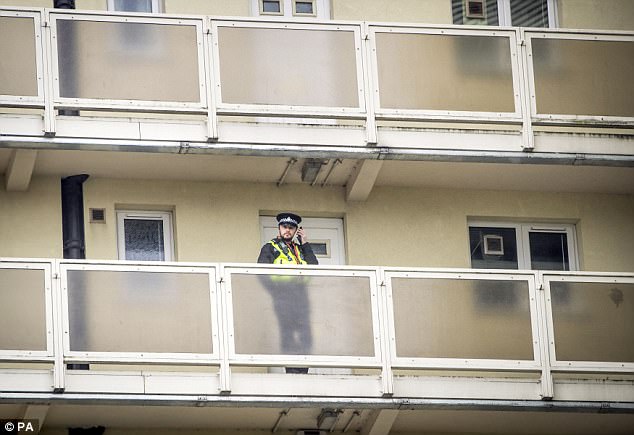 A police officer on a balcony at Newcastle House in Bradford, where an 18-month-old baby died following a fall from a sixth-floor window

Witness Danuta Tomaszewicz, 59, said the little boy was naked when her husband and a friend went to help.

She had been on her phone, looking out of the window from the first floor flat that they are decorating when she suddenly noticed the child on the ground below.

Mrs Tomaszewicz, who is Polish, at first thought it was a doll.

Her niece Monika Tomaszewicz said: ‘She realised it was a real baby when she saw he was trying to catch his breath and his belly was moving. 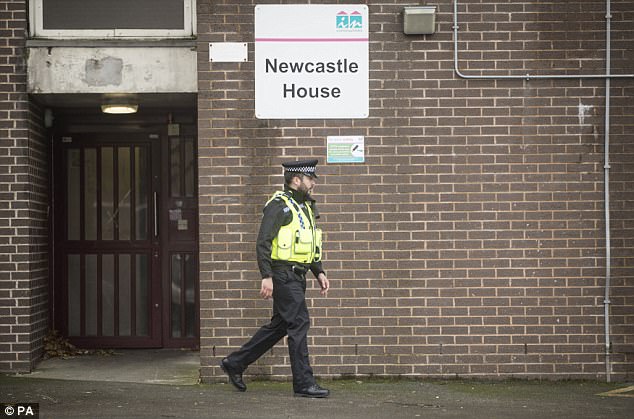 An officer leaves Newcastle House, in Bradford, when a baby died following a fall

‘She screamed for help and her husband and his friend ran downstairs. The friend took his shirt off because the baby was naked.’

Another helper rang 999 and an ambulance arrived after around 20 minutes, the niece said.

As they waited the men tried to comfort the boy, holding his head and talking to him.

The witness wept as her niece said: ‘She could not sleep at all last night. She doesn’t know how she is going to live here as every time she looks out of the window she will see the baby.

‘They tried their best for the baby.’

Andrew White, 53, lives on the same landing as the flat where the baby fell.

He said a couple with two young children live there. 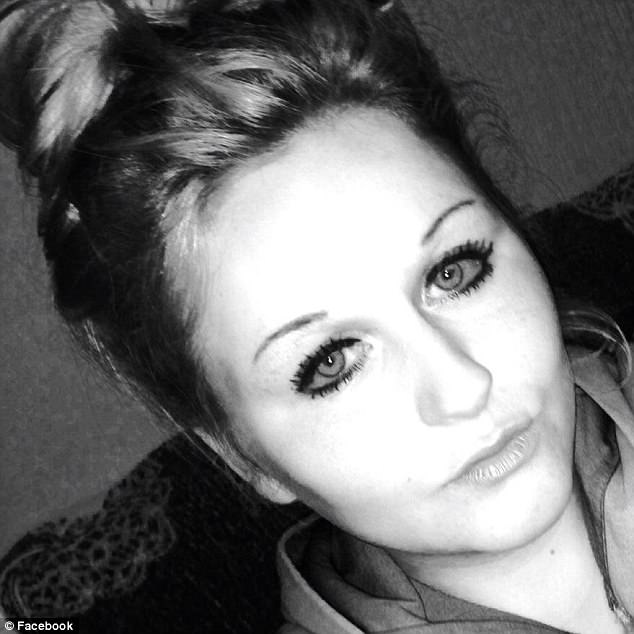 Mr White, a father-of-three with four grandchildren, said: ‘They are a nice young couple who keep themselves to themselves which is normal here.’

Another resident said: ‘I can’t believe what has happened.

‘I knew the family and they had two young children that I saw in prams a few times.

‘I saw police escorting people from the building last night but I had no idea what had happened.

‘I think the family who lived in the flat had been there for around a year. 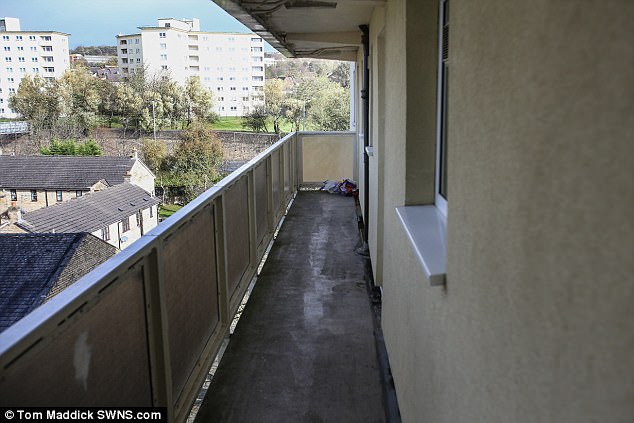 Newcastle House, which has shops on the ground floor and seven stories of flats above, stands above Bradford city centre

‘They were in their early twenties and her boyfriend had been round to my flat a few times just asking for milk or usual things.

Another resident added: ‘I don’t know them personally but there is a woman and her boyfriend who live at the flat with two young children.

‘It is such a shock to hear about and I only heard it this morning…I can’t believe it.’

Newcastle House, which has shops on the ground floor and seven stories of flats above, stands above Bradford city centre. Entry to the building is controlled by intercom. 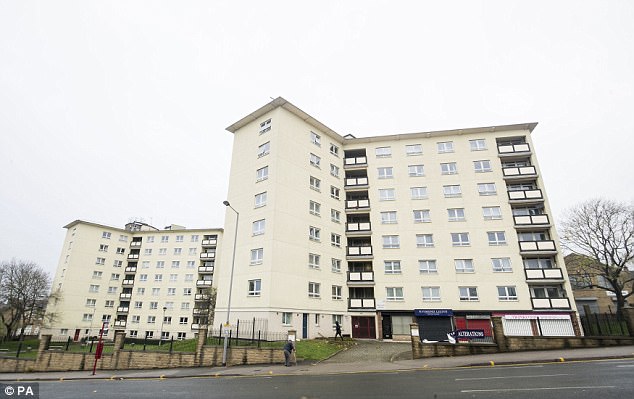 A neighbour on the same floor added: ‘I didn’t know them and there is quite a high turnover of people in these flats.

‘The windows only open four inches so I have no idea how it happened.’

Officers have arrested a 23-year-old woman on suspicion of murder in connection with the incident and she remains in police custody. She has been named locally as Gemma Procter.

Speaking from the doorstep of Miss Procter’s home today, a man who purported to be her sister’s boyfriend said the family were ‘devastated’ by what has happened.

Detective Superintendent Nick Wallen, who is leading the investigation, said: ‘This is clearly an extremely traumatic incident and specially trained officers are working to support the child’s family members and those who witnessed what took place.

‘It is no exaggeration to say those who witnessed this incident will have been deeply traumatised by what they saw.

‘A 23-year-old woman has been arrested on suspicion of murder in connection with the baby’s fall and she is currently receiving medical assessment in custody.’

Police said they are not looking for anyone else in connection with the incident but have appealed for witnesses or anyone with information to come forward.

A crime scene remains in place at the scene as inquiries continue.

Anyone with any information is asked to contact Bradford CID on 101, quoting reference number 1506 of October 21 2017.