Brain surgeon Charlie Teo has hit back at doctors criticising his expensive medical procedures saying he would perform surgeries for free if they ‘swallowed their pride’.

The Sydney-based neurosurgeon defended his practices during a fiery exchange with Today host Georgie Gardner on Wednesday morning.

Gardner quizzed Teo about the ethics behind patients having to turn to crowdfunding to cover their medical bills after $120,000 was raised for a 12-year-old girl to have brain surgery.

Dr Teo shot back saying the real issue was ‘ego’ and ‘pride’ among doctors in the public health system who allegedly refuse to endorse him to perform procedures for free.

‘It is a little bit unfair. If I was a child with cancer and in a foreign state who wants the very best care, I think it should be able to be done in the public system’, he said.

‘But unfortunately, if it’s done in the public system, you’ll know few people have swallowed their egos.’ 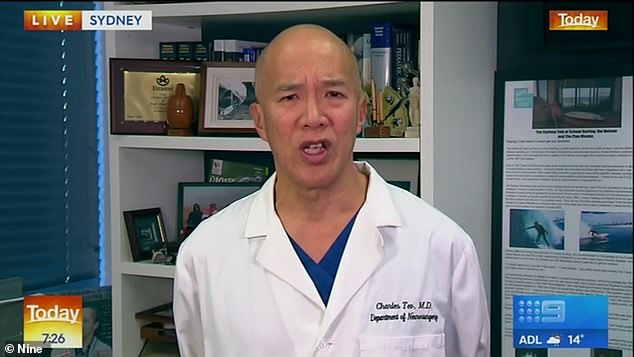 He said doctors at facilities deemed a centre of excellence could operate on interstate patients free of charge in the public system, but required endorsements from other doctors.

‘To be called a centre of excellence you need at least three or four neurosurgeons to say “that doctor is doing something different to us”, and that is not going to happen,’ he added.

When asked if he was suggesting he was only willing to work in public hospitals if his costs were covered, Teo shot back saying he’d happily perform procedures free of charge if doctors were willing to have him.

‘For the last 20 years, if I get an interstate patient who is poor, who doesn’t have private health insurance, they have two options. They come to the private system in NSW and get done privately where they have to pay.

‘Or I say to them, “Listen, if you can get your neurosurgeon from your state to invite me to your hospital, I will operate free of charge in the public system with benefits not only you but will benefit hopefully the whole neurosurgical community where they can learn my techniques”.

‘Have I ever been taken up on that offer? Never.’

Teo said it was only three weeks ago that a neurosurgeon at Westmead Children’s Hospital contacted him for help on a case he could not perform on a sick child.

‘He swallows his pride. He gets me over there. A little child who is dying is operated on free of charge. The outcome is fantastic. He’s home now, tumour out.

‘All they need to do is swallow their ego.’ 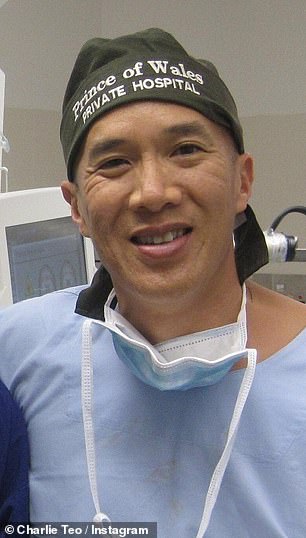 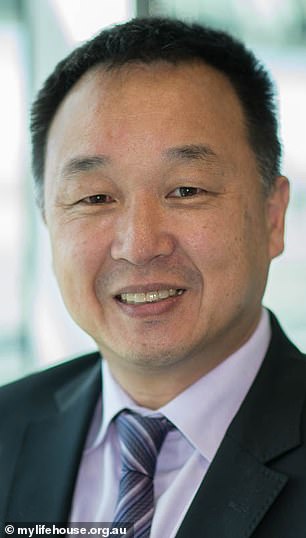 Sydney-based medical practitioner Charlie Teo has come under fire for charging patients as much as $120,000 upfront for high-stakes operations. Professor Henry Woo (right a urologist at the University of Sydney School of Medicine, counted as many as 113 GoFundMe campaigns had been launched by patients to fund the operations 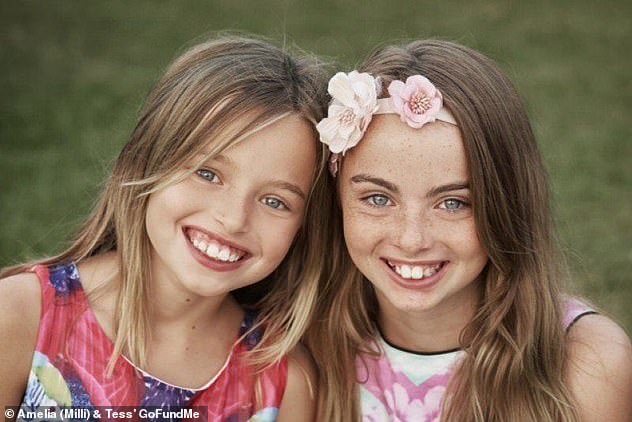 The family of Amelia ‘Millie’ Lucas (left), from Perth, raised over $150,000 online so they could afford Dr Teo’s surgery for a malignant brain tumour. Her sister Tess, 15, (right) also has the same brain tumour condition but has since been given the all-clear

Teo said the system could be improved if doctors were willing to acknowledge their colleagues’ abilities and ‘applaud’ and encourage centres of excellence.

His comments come after Dr Henry Woo, a professor at the University of Sydney School of Medicine, tweeted that ‘something is seriously wrong’ with a system in which a terminally ill girl was forced to raise money for a potentially lifesaving procedure.

Professor Woo was referring to Perth girl Amelia ‘Millie’ Lucas, 12, who made headlines last week after Dr Teo said he would perform open brain surgery for $60,000- $80,000.

‘If it was valid surgery, it could/should be performed in the public system under Medicare’, Woo said.

Dr Teo said he does not believe there was anything wrong with raising money for procedures if patients are going through the private health system.

‘Some of the practices are unethical but the actual concept of raising money to try and afford a doctor that does not work in your system or doesn’t work in your state, I don’t think it’s unethical’, he said.

Teo went on to take a swipe at Woo, a urologist, saying he should ‘get back to his lab’ and try and find a cure for prostate cancer, rather than trying to discredit a colleague.

On Wednesday Teo slammed public hospitals for being ‘unwilling to learn his technique’.

The Sydney-based medical practitioner has over the last decade taken on what other doctors deemed inoperable cases and offered brain cancer patients a second chance at life.

He hit back and claimed NSW Health had told him it would have broken its budget had it allowed him to operate in the public system, The Australian reported. 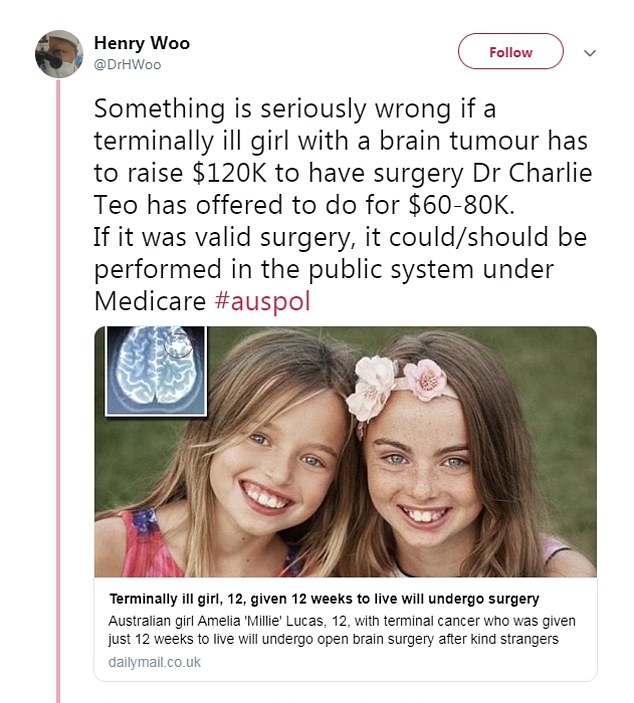 Professor Woo criticised Dr Teo after a 12-year-old terminally ill girl was forced to raise $100,000 for her own brain operation 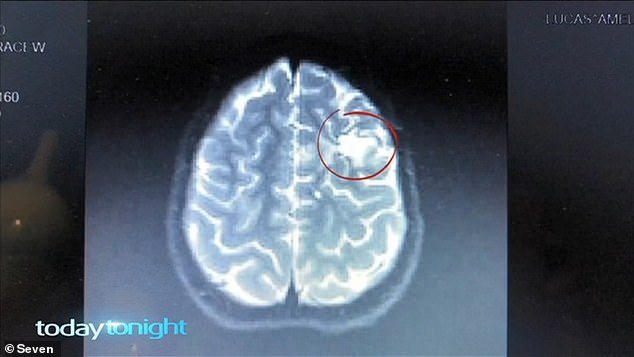 Despite undergoing a series of treatments, including chemotherapy, radiotherapy and immunotherapy, Millie’s brain tumour has doubled in size within four months

In a series of tweets, Dr Woo slammed the doctor for leaving patients ‘financially destitute’

He said the organisation has refused to acknowledge he provided a different level of skill in some cases.

Dr Teo, who claims to have performed 11,000 operations, said that neurosurgeons simply felt intimidated by him and subsequently refused to endorse him.

‘If you speak to any neurosurgeon in Australia, they will say it’s all rubbish … so why is it I am lauded and seduced overseas by the best hospitals?’

He told Sky News that he had picked up work all around the world, though found a different attitude in Australia.

‘I have these appointments everywhere to operate on the world’s most difficult tumours and yet no one in Australia is prepared to invite me to their hospital to learn my technique. I mean there’s something wrong there.’

Professor Woo counted as many as 113 GoFundMe campaigns had been launched by patients to fund the operations.

He said he found it difficult to reconcile Dr Teo’s mantra of ‘treating patients like your own family but leaving them financially destitute’.

‘The difference between public and private (and the) cost of medicine needs to be discussed,’ he told the ABC.

‘But what you have to remember that of that $120,000 (charged for surgery) most people think it all goes to me, and that’s not the case at all.’

He went on to explain that a large portion of the surgery fee would go directly to the private hospital, while the remainder would be split between the various experts involved in the operation.

Professor Woo’s tweets sparked discussion on the ethics of charging patients excessive fees for healthcare as well as the issue of public versus private institutions.

‘The best surgeons practice in the public sector where their decisions are peer reviewed. It’s always possible 2 operate – the question becomes – is it safe and sensible. Our public sector gives great care if you have a serious illness. No doctor’s afternoon is worth $60K,’ one person tweeted.

Professor Woo, however, responded that adequate medical care exists in both sectors – but patients should be better informed on the fees.

RACS executive director of surgical affairs John Quinn slammed the idea that patients should have to fundraise for surgeries that were already available in the public system.

He called for guided financial decisions and reminded patients that its was misleading to believe a higher fee always came with a better service.

Publicly-funded cancer treatment had been a topic of debate during the federal election. Labor leader Bill Shorten promised to cut out of pocket costs owed by cancer patients. 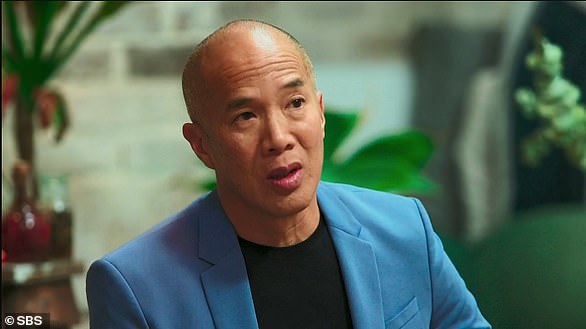 Teo has been praised for his practices but has also been the subject of criticism for his ‘controversial methods’ and for offering patients ‘false hope’.

Teo spent ten years working in the US after claiming he was unable to secure work due to his ‘bad name in Australia’.